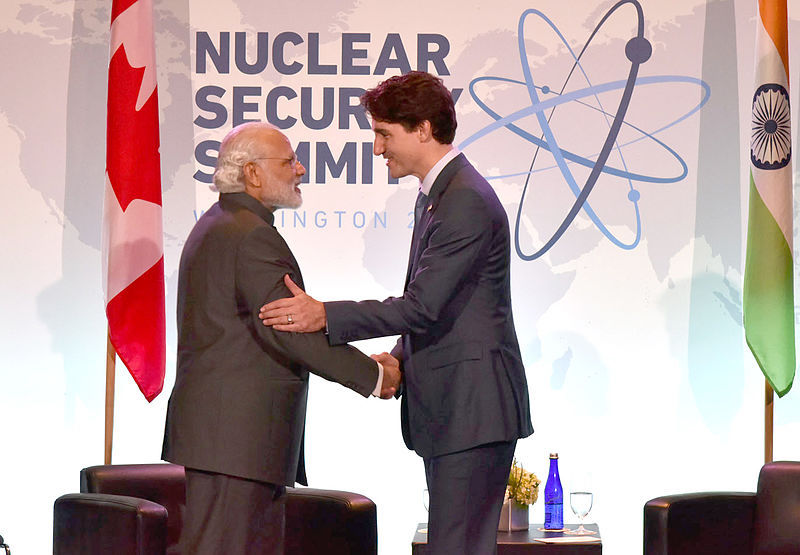 This three-part series attempts to analyse Canada’s diplomatic, economic and military policies to address the challenges and opportunities for the Asia-Pacific region.

Several experts have argued for the establishment of a new doctrine for Canada’s role in the Asia-Pacific region. One viewpoint focusses on the US as an example of how Canada could manage its role in the region. The US has the clear goal of establishing a foundation for security through joint US-Asian country based military presence, which can act as a direct form of maintaining interests within the region. The US has not done this through institutional cooperation or economic trade, particularly after recently leaving the TPP. Arguably experts see these decisions by the US as an attempt to regain lost influence over the region. However, maintaining a military base, with the means of debatably insistent diplomatic, and government representatives, holds a strategic operative advantage for US interests.

Compared to the US, Canada holds a minor military presence based in the Asia-Pacific. This could arguably be seen as a loss in direct influence for tackling emerging challenges in the region, and could call for the Canadian government to reassess its strategy in the Asia-Pacific – whether Canada should have a stronger military presence? However, the strategy of a military presence is a known catalyst for creating and escalating diplomatic tensions. Rather than adopting an aggressive foreign policy, as the US has done, Canada could remain firm through dialogue, taking on the role of a significant ‘mediator’. Canada has two major diplomatic bases engaged in talks across the region, notably the largest and leading consular bases in Beijing and New Delhi. The presence of strong diplomatic ties allows Canadian representatives to engage in security dialogues, for example recently with North Korean officials in Pyonyang over the imprisoned pastor. This reinforces the argument that the successful strategies for achieving mutual interests’ can be done through diplomacy rather than the use of force.

Canada has to establish and maintain strong relations between several players in the Asia-Pacific region. India and China are currently at the forefront with rapidly growing economies offering many opportunities in trade, education and development, through bilateral relations with Canada. However, as beneficial these countries might be, creating stronger ties with one state than the other may raise several diplomatic concerns which could threaten the fruitful trade agreements Canada shares with both countries. Tensions between China and India existed for some time, but there could arguably be an increase in rivalry with both nations. Both countries are putting in place ambitious plans for modernizing their armed forces and resulting tensions can be exemplified for instance by the recent events in Doklam and Sikkim Chinese and Indian border protection forces that created a heated standoff over disputed mountainous territory. Rather than take the role of a military ally that carries out joint military operations with one or the other of these nations, that would increase tensions further, Canada can maintain its strong diplomatic ties with both countries and act as being a mediator if needed as it would be a nation that has built trust and friendship over several decades. A military presence can be used for other means than national defence. DART is one leading example, designed for humanitarian, natural disasters and emergency response. As these phenomena are on the rise worldwide, a rapid emergency response would also require a military presence and may be an argument for Canada’s presence in the region.

Countries in the Global North rely on their political, economic, and military establishments in order to have a shared relationship through an institutionalized form which can operate on both bilateral to multilateral interests. , This is known as the substitute effect of political control. NATO is one such pioneer organization that accomplishes this for its member states, including Canada. Canada could arguably establish a new institution that can be based and operated in Asia, oriented towards tackling political differences, economic crisis and security challenges. Organizations similar to these have been historically founded in countries that have a traditional neutral outlook towards international affairs, such as Switzerland or Belgium. Singapore could be a potentially suitable candidate in the region to address such matters holding a neutral position in world issues. This potential organization, like NATO, can hold a small but capable military element, as a regional police force where primarily Asian, and Western nations, can agree and tackle shared challenges together. This would provide an opportunity to Canada as the leading founder of this organization to establish a minor and capable military presence in the Asia-Pacific.  Several have argued this could lead to the founding of an Asian NATO.

However, not all experts in Canada’s government, diplomatic or military corps would agree with this strategy. Many nations in Asia prefer working alongside their neighbouring states, and hold greater historical and cultural ties to one another. For example, Singapore shares such a strong connection with China, and most likely favouring against the previous suggestion. This would result in pushing Canada for not establishing an independent multinational organization with a security framework over Asia. The risk of which could either push for ousting Canadian, US or other Western states influence and role in regional security out. NATO already has strong Asian-partnerships, with Japan, New Zealand and Australia to name a few. Their military and diplomatic cooperation has become a prized advantage for maintaining security interests over Asia. A disputable suggestion is to increase the number of states in NATO-Asia’s partnerships. This would strengthen diplomatic and military relations for NATO, Canada and the US towards stability in Asia. NATO has realized the crucial importance of the potential strategy that Asia-Pacific partnerships can offer to long-term cooperation, communication, political and cultural understanding towards building regional stability.

An increase in diplomatic and military means in the Asia-Pacific region may be required given the rising tensions in this region. There are several options that could be considered for Canada’s position and role in the region whether it is by strengthening its diplomatic ties and partners, and/or military assets pushing for growing an NATO-Asian partnership.