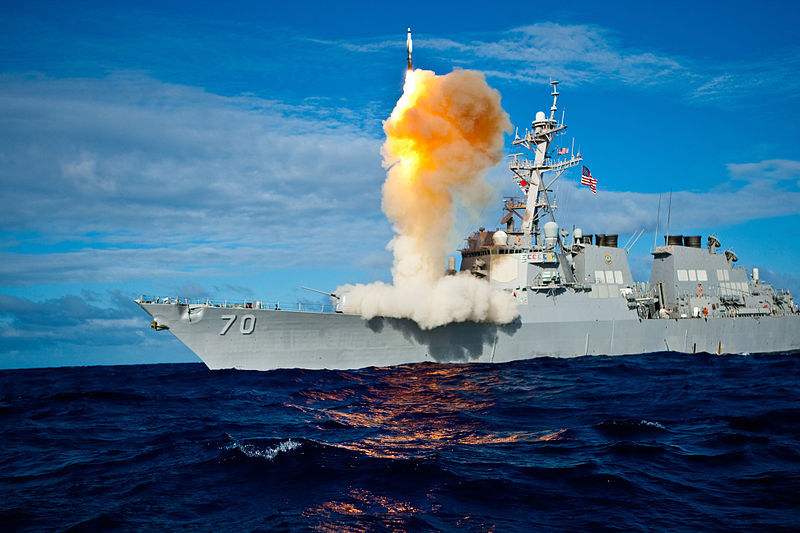 The rising rhetoric between the leaders of North Korea and the United States has placed the Asia-Pacific region once again in the eye of a security storm.

The ballistic and nuclear capabilities of North Korea places not only many countries in the region, but Canada at risk – the city of Vancouver being only 7889 km from the North Korean shores. While no high level envoy from the United States has visited North Korea since 2000 when Secretary of State Madeleine K. Albright met  Kim Jong Il, the current leader’s late father, Canada continued engage the country in dialogue, more recently regarding the imprisoned pastor.. Canada has also remained in diplomatic ties with all the nations in the Asia-Pacific region, particularly Japan and the People’s Republic of China. Canada was the first non-aligned nation to re-establish ties with China in the early 1970s, under the leadership of the government of Canadian Prime Minister Pierre Elliott Trudeau. Canada also has an important presence in the region today – with Canadian consulates in all major cities in China, Japan, and a large embassy in the Republic of Korea. However, given the rise of insecurity in this region it is timely to question whether Canada needs to further secure its position through institutional cooperation, economic trade or strengthening and renewing existing alliances.

North Korea has remained a national security concern for the US, South Korea, Japan, China and many more states for decades. The North Korean armed forces have felt cornered by many nations, and have pushed for improved national defences to deter any potential threat to their sovereignty from their foreign rivals. This drive by former and current leaders, Kim Jong II and Kim Jon-Un, who have invested in North Korea’s missile defence system, have built long range missiles that are starting ever more dangerous. North Korea already holds a short-to-medium range missiles capable of reaching Guam, and is planning on producing more as a response to recent exchanges between the US. However, the recent tests are the first steps towards a major breakthrough to achieving an intercontinental ballistic missile (ICBM). An ICBM is a missile with a controlled guided system designed as a delivery system to target and destroy areas deemed as a tactical or strategic threat by a military force. ICBMs payload can hold nuclear warheads, which are one of the many launching systems by the nuclear power countries, like the US. The concern is that North Korea can mount a nuclear device into the warhead of an ICBM capable of reaching mainland US. The estimated time of flight of a missile from North Korea to Guam or Hawaii can take 12-17 minutes.

Canada and the US established the North American Air Defence Agreement (NORAD), a bi-national organization designed to safeguard North American aerospace. During NORAD’s foundation in the Cold War, the US decided to use Boeing CIM-10 Bomarc supersonic long-range surface-to-air missile (SAM) or BOMARC, across Canada as a strategic shield. However, there was an ongoing debate to avoid having nuclear BOMARC missiles within Canada. During discussions at NATO, Canada’s Air Force was given the role to be the nuclear strike force for defending Europe, and while Canada acquired the needed fighters for such an assignment, it did not deploy these fighters nor carry any nuclear weapons. Furthermore, in 2005, after strategic discussions with Foreign Affairs and National Defence Specialists, Prime Minister Paul Martin announced that Canada would not be part of US President George Bush’s missile defence program.  This missile program would have been designed for both assault and defensive purposes, with satellite surveillance, radars, warning systems and anti-missile defences, this consequentially affected bilateral relations with the US.

Multiple news agencies have reported that the US Geological survey indicated a tremor in North Korea reaching a magnitude of approximately 6.3 indicated, revealing the most powerful nuclear test of what the cause has been considered to be a hydrogen bomb. In August, North Korea threatened to launch missiles close to the US island of Guam. This continuing provocation by North Korea towards the US has started to trickle up Canadian government and military command. Canada does not need to work and install a partnership based program with the US to establish a missile defence system. Canada should already have defence capabilities to protect her own national sovereignty without relying on the US as argued by the CGAI. According to reports, there is a reality is that the guided missile system made by North Korea still needs development focusing on missile accuracy. Hypothetically, west coast cities in the US targeted could be Seattle, San Francisco and Los Angeles. However, an inaccurate missile could easily land within Canada, and the two major cities of Canada’s west coast, Victoria and Vancouver, could be in potential danger. Risking MARPAC and Canada’s west coast shouldn’t be thought twice over. Canada has taken the right step through diplomatic measures condemning North Korean provoking missile activity, however, Canada needs to step up its defensive capabilities.

The province of British Columbia (BC) already holds a history lesson from both World Wars. At a time in 1914, only one ship, the HMCS Rainbow was in port.  Following its departure, knowledge of a German warship close to the BC coast caused great concern to the local population, as there were no defences to protect any of its major ports. Learning from World War One, coastal defences were increased and then heavily armed in anticipation for a Japanese invasion following the events of Pearl Harbour. In both cases no war came to the shores of Canada. This has arguably created a sense that this region is in no immediate threat or danger for national security. The Canadian Forces are already well prepared to defend the interests and security of the West Coast of Canada, yet there is always room for additional assets for defence and technological arms-improvements.

The US has an extensive and well functional missile defence system in place that could be learnt from. The Canadian Armed Forces could create its own Satellite Space Infra-Red System in order to track missiles with accuracy, with the help of naval and coastal radars designed for greater precision that could follow the projected destination of the missile. If the tracking is deemed a threat, interceptor missiles can be used by Canada to prevent a missile detonating on Canadian soil. The Canadian military could also start preparing defences by creating bunkers for military and civilian purposes, this would have long term benefits to protect the West Coast of Canada.  If a war is declared between North Korea and the US, Canada would need to align with its long-term ally the US, and as a result the West Coast is in greater danger. In order to protect its citizens, Canada could envisage greater defensive security measures.

Considering Canada’s new defence policy, building up military armament, funding and new capabilities, Canada could consider investing in a new missile defence system for protecting their own interests and security. If the current crisis between North Korea and the US continues to escalate, Canada may need to reconsider its national defence strategies and capabilities along its Western border.

“Destroyer USS Hopper operates in the Pacific” (2009), by US Navy via Department of Defence