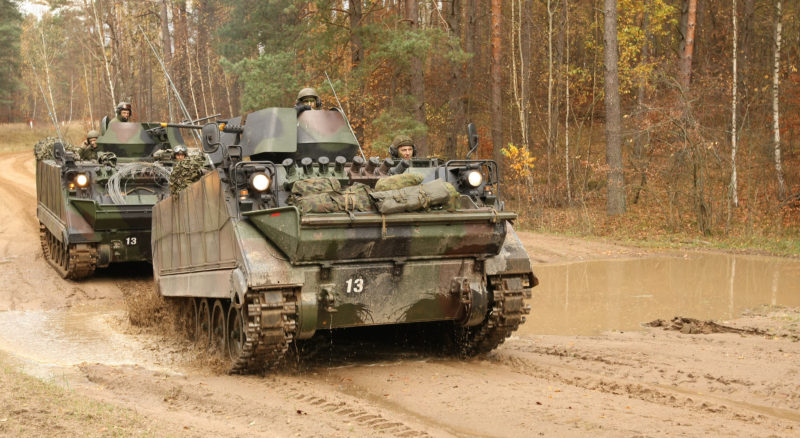 Following Russia’s announcement to deploy nuclear-capable Iskander missiles in the Kaliningrad exclave, Lithuania is trying to enhance its security more than ever. To that effect, the Lithuanian Ministry of Defence published a new defence manual for its citizens. The document includes basic information about Russian weapons and armed vehicles, along with rudimentary advice on how to oppose resistance in case of an armed attack. Even though the national government and NATO are cooperating closely to ensure the country’s security, work still needs to be done. Lithuania is inadequately prepared to face hybrid warfare, which combines both conventional and non-conventional means of warfare.

In the past years, Russia’s aggressive actions and growing military power have alarmed Lithuania, a Baltic nation  located on NATO’s eastern border. Since the annexation of Crimea by Russia in 2014, ex-Soviet Republics with Russian-speaking minorities fear of being bound to the same fate as Ukraine. This is the case of Lithuania, whose Russian minority made up 5.8% of the total population in 2011. Lithuania’s geographic position also renders it particularly vulnerable to an armed attack. On its western frontier is the Kaliningrad exclave, which is part of Russia since the end of World War II. Armed with S-400 and Iskander missiles, the exclave also hosts several of the Russian army’s exercises every year. In addition, military trains coming from Moscow and heading to Kaliningrad travel through Lithuania. On Lithuania’s eastern flank is the Republic of Belarus, which has strong military and economic ties with its Russian neighbour.

Both the Lithuanian government and NATO have undertaken different measures to reinforce Lithuania’s national security. The government reinstated military conscription last year, and set the goal of allocating two percent of its GDP to its defence expenditure by 2021. Lithuania’s army has already begun modernizing: it will soon acquire new G-36 rifles and Infantry Fighting Vehicles (IFVs) from Germany, around 200 combat vehicles from the Netherlands and a new patrol ship from Denmark.

NATO has also taken significant measures to ensure the Baltic states’ security. The Alliance opened one of its NATO Force Integration Units (NFIU) in Lithuania in 2015, in order to facilitate and coordinate any rapid deployment of allied forces in the region.  Additionally, NATO is conducting an air policing mission over the Baltic states in order to intercept any Russian military aircraft flying in international airspace over the Baltic Sea. Four French Mirage 2000-5 fighters are currently stationed in the Lithuanian Air Force Air Base of Šiauliai. Furthermore, a NATO battalion of roughly a thousand soldiers under German Command will be deployed in Lithuania starting in early 2017.

While the above measures have increased Lithuania’s conventional defence, the country is still far from safe. It is probable that Russia will use hybrid warfare against one of the Baltic States in order to test NATO’s commitment to defending its eastern flank in the near future. To that effect, the Ministry of Defence warned earlier this year that “irregular military formations might be used to destabilize a NATO country or test the unity and credibility of the Alliance”. Such formations may resemble that of the so-called “little green men” who operated in Ukraine in 2014. Other means of hybrid warfare may be employed. According to the Lithuanian State Security Department (VSD), both Russian and Belarusian secret services conducted espionnage operations in Lithuania in 2015. Diplomats and government officials were spied upon, and infiltration within different government offices and within the military have been reported. Additionally, cyber attacks and misleading information seeking to generate distrust about the national defence system and NATO are probable hybrid warfare threats to Lithuania.

Lithuania needs to establish better operational control of its territory. The Lithuanian military and NATO forces must be able to rapidly deploy anywhere on the country’s soil if faced with irregular military formations. To that effect, the Lithuanian Rapid Reaction Force created in 2014 ought to be strengthened, notably by integrating NATO assets. An early warning capacity to report any infiltration of irregular military formations will prove very useful. This could be achieved by enhancing border surveillance, through stricter control of Russian military trains and by involving the local population. Reinforcing border control and the capabilities of the State Security department to prevent the infiltration of Russian or Belarusian secret services must also be considered. Finally, close cooperation with NATO and the European Union in the fields of cyber defence would enhance the country’s cyber security and limit the spread of misinformation and rumours. Ensuring a country’s security is an arduous task, especially when faced with adversaries employing hybrid warfare.