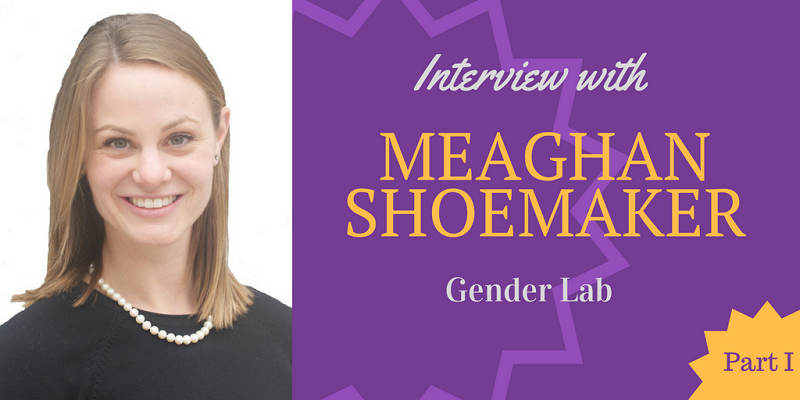 A talented and driven PhD candidate at Queens University, Meaghan Shoemaker has been researching on issues of gender mainstreaming in security, military inclusion and transition, while pursuing her academic formation and Gender lab projects. Looking beyond the current efforts that have been made in terms of gender equality in the military, Meaghan currently works on a project questioning how experiences in the military can then translate to employment challenges.

I had the chance to interview Meaghan on Friday 16 2016, to talk about a variety of issues concerning her research projects, the Gender Lab, her role at WIIS-Canada, gender mainstreaming, her research experience and her future endeavors.

It was a pleasure interviewing such an inspiring young woman for Day 7 of our 16 days campaign here at NAOC, and we want to thank her for a thought-provoking discussion. Accentuating the need for collecting more data about gender biases in society (and the military), is the best way to analyze the current situation on gender-based violence and proceed to finding solutions.

In Part I of the interview, Meaghan tells us about an important research project she is working on, while Part II will focus on a variety of gender issues.

Mégane: First of all, can you tell our reader a bit more about yourself?

Meaghan: I have an undergraduate degree from the University of Guelph, where I studied political science. While I was there I was enrolled in courses that looked at conflict and conflict resolution. I found the topic itself fascinating, but also realized that discussions of gender were limited to one week. I knew that there was more I wanted to learn about the topic; gender and conflict. After that, I applied to Queen’s [University]. I reached out to Prof. von Hlatky, whose research looked at the military and gender integration. Needless to say, our research interests were in line and I was able to pursue my Master of Arts degree at Queen’s under her supervision.

During my one year masters program at Queens, I was able to work on a couple of workshops. One workshop in November 2015 focused on gender mainstreaming in the Canadian Armed Forces, and how to benchmark our progress with NATO allies. The workshop was very informative, because we had representatives from NATO, the United States, and Canada discuss gender integration issues in the military, and where Canada can improve.

My own research focuses on factors that influence recruitment and retention in NATO militaries. It was a project that I began during my Master’s degree and would like to expand for my dissertation. I am just completing the first semester of the coursework requirements for my PhD at Queen’s.
I am also the Coordinator for one of Dr. von Hlatky’s projects, which focuses on gender mainstreaming in the military. In particular, the project considers the professional transitions of veterans in Ontario.

What is the Gender Lab at Queens University’s Center for International and Defence policy?

The lab is an amazing collaboration of researchers from different research backgrounds. As for myself, I have a political science background with an emphasis on International Relations and Gender and Politics. We also have a PostDoc with expertise in cultural studies and whose dissertation considered surveillance of certain groups in Canada. Another team member is a PhD in political studies with a gender and theory background, and finally we have a Master’s student in political science.

The gender lab researchers work on a number of projects. One in particular is the Gender Mainstreaming in the Military Project. Dr. von Hlatky also has another project which involves the development of a gender training course for civilian and military staff within NATO.
It is interesting because the gender lab tackles a wide array of challenges for the military, such as civilian roles, political actors, recruitment, and reintegration challenges as well. There’s a number of different perspectives.

You are working on a project called “Gender Mainstreaming in the Military: Economic and social implications for Ontario” with Prof. Von Hlatky, what does such a project entail?

The Gender lab researchers are all involved in the Gender Mainstreaming in the military project, which is the project which uses a gender mainstreaming lens to understand the professional transition of Ontario veterans.
In particular, we’ve been looking at the gendered experiences of personnel and how this influences the transition to civilian life for veterans in Ontario. The project is funded by the Government of Ontario and the Ministry of Research and Innovation.
We’ve found that, with the participation pillar of UNSCR 1325, increased representation of women in the military can be considered a key goal. But, what happens when these individuals are transitioning to civilian life with regards to employment? We’re realizing that there is that gap. In research especially, veterans are often considered a homogenous group, often male. Additionally, the unique experiences of women in the military should be integrated into these policy and program recommendations.

Right now we are considering what are available transition services for veterans. [We’re asking if] there are any particular services that address women’s needs or gender needs. There is a comparative element to this project as well, as we consider what other countries are doing well; what are the best practices, and what can be strengthened in Canada to aid with transition?

Indeed, a man and woman veteran will have different issues, practically what does that mean?

It relates a lot to obstacles women face professionally [in general]. In the military, women may have a difficult time rising through the ranks and gaining particular skills, which has been proven in literature to influence an ability to find meaningful and gainful employment during transition. Women are also more likely to have familial responsibilities, and paying attention to that is especially important in transition programs.

In the United States for example, there are a number of programs where transitioning female veterans can bring their children. There is still a need for this type of accommodation for veteran programs in Canada.
The recent Statistics Canada report on Sexual Misconduct in the Canadian Military I think also begins to shed light on challenges women in particular may face in the military. If women are more likely to experience unwanted sexual touching or sexual attacks than men, how does this translate into quality of life-after-service? And how does this influence factors such as mental health, which has a connection with employment? With job satisfaction being an indicator of health, you can see there is a cyclical process there.

So in our research, we are looking at how experiences in the military can then translate to employment challenges afterwards.

Especially in the military, a lot of the burden is put on the family compared to other work that would offer some sort of social policy to its workers. Is this something you are looking at as well? For coming-back soldiers, PTSD in times of transition.

In my own research, I’ve found that work/life balance is one major cause of attrition for women. Now more than ever, family programs are essential.

For our project focusing on transition, there are connections we’ve found in the literature regarding military families both through challenges that are faced upon return to civilian life, as well as how the military family is a unique support system. In particular, there seems to be a need for family support programs both during employment and afterwards.

A book by Gayle Lemmon gives a very interesting perspective on this. She depicts the experiences of families following the passing of a female soldier. This is such an important perspective to keep in mind as militaries become more diverse.
There is also some great research coming out about military families at the University of Alberta.

What type of military personnel program are you looking at in your analysis?

There are both public, government-run programs for Canadian veterans and nonprofit programs that we are considering. We are looking at programs that provide professional transition services in particular for veterans. For example there is a national program that holds seminars throughout the year for transitioning veterans. It is a great example of a program that provides a rounded approach to skill building, mental health and relationships.

There’s also the Hire -A -Veteran program by Veterans Affairs Canada, which seeks to place veterans in public sector jobs.

We’re looking at the array of programs provided by the government and the non-for-profit sector. Through this we are able to acknowledge gaps, but also see what is being done well. This allows for us to create recommendations to stakeholders such as Veterans Affairs Canada in order to strengthen programs for the professional transition of veterans. Hopefully, this will aid in ensuring veterans receive training and professional transition support they seek.