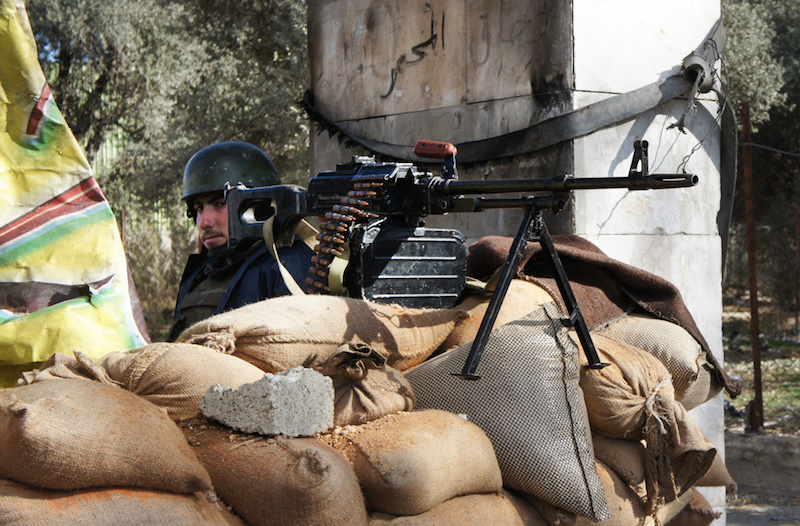 The Syrian ceasefire facilitated much-needed UN aid to reach besieged towns and villages as well as pave the way to a world where US and Russia joined forces to defeat terrorist groups in Syria. Well…almost. In reality, Syria is now in a more precarious position than before the deal was reached and, US and Russia are in a diplomatic row with one another.

Had it been successful, the seven-day ceasefire would have been a starting point for US and Russia to begin their onslaught against ISIS and Jabet Fateh Al Sham. The ceasefire was supposed to be the preliminary step before a political resolution of the conflict is achieved. Unfortunately, things didn’t pan out quite as planned.

The week that wasn’t

The week of Sept. 12, 2016 started off to an optimistic note of much needed quiet in Syria, with comparatively few instances of fighting. However, by the end of the first 48-hour period, the situation changed as constant accusations of ceasefire violations began between US and Russia and two 20-truck convoys containing UN aid were halted at the Turkish border for want of guarantee of safe passage. The ceasefire, however, was extended to another 48-hour period. The first blow to that agreement came on Sept.17 due to the unexpected airstrike on the Syrian army by the US. US confirmed that it struck the Syrian army, mistaking it for ISIS. While the exact death toll is unclear, it is said to have killed at least 62 soldiers with dozens more, wounded. Russia claimed that the confusion of the target happened because US refused to cooperate to focus on terrorist groups. Russia further accused US of not separating terrorist forces from the ‘moderate’ rebels that it backs. Thus, in effect, by not making the distinction between opposition groups that are US-backed vs. terrorist groups fighting against the Syrian government, Russia believes that US is protecting terrorist groups.

The situation was further complicated by another telling blow to the ceasefire; the attack on a UN-aid convoy on Sept.19. The strike was allegedly carried out by the Syrian army soon after they declared the ceasefire, over. It has garnered international outrage due to the fact that it contradicts the main purpose of the ceasefire: to lift the fighting for a week so that aid can reach people in dire need. The attack on the UN convoy was blatant in that it destroyed 18 of 31 aid-trucks and, claimed the lives of aid workers and civilians in the area. If this attack is proven to be deliberate, it will amount to a war crime.

This ceasefire was meant to be a beacon of hope for civilians living under the constant sounds of war. The current state of affairs, in a way, only portrays the actual complexity of the Syrian war:it is a challenge, even for two of the most influential players in the war. The US-backed coalition is a disparate group of factions differing in their ideologies, but united in having the common enemy of the Syrian regime. For the US to successfully make all the rebel groups they support to stand down, is almost impossible. If each group had to choose between its own causes and its leaders vs. a foreign power that supports it, the group is more likely to defer to its own interests. Russia is not necessarily wrong in claiming multiple violations by US-backed rebels during the ceasefire. To the fighting groups, the larger perspective of international peace amounts to a lot less when everyday survival is in question. Moreover, given the number of groups fighting in the Syrian war, and their allegiance often misconstrued, the actual problem of coordinating an attack on the right target is a challenge. This is further complicated by the fact that the US doesn’t have its own troops on the ground when targeting the enemy. Airstrikes are heavily reliant on the intelligence provided from the ground, thus leaving a large margin of error, which became evident when US inadvertently attacked Syrian forces last week.

As for the Russian side, the delay in facilitating a swift and safe passage of the UN trucks showed a disconnect in its influence on the Syrian regime. Russia wasn’t able to procure a written statement from the Syrian army reassuring the trucks’ safety until days after the ceasefire began, leaving it in doubt. In retrospect, the attack on the UN-aid convoy only confirmed the UN’s fears and reinstates the need for a safety assurance from all fighting parties. If it is proven that the Syrian regime was indeed behind the attack, it will add evidence to the indiscriminate nature of how the Syrian military works and the powerlessness of Russia to change that.

The fate of the ceasefire is currently unknown, as the major players remain divided. On one side, the Syrian army considers it over, while on the other, US Secretary of State John Kerry believes that it is “not dead”. With all aid to Syria suspended by the UN after the attack on its convoy, the most affected people of the war continue to be the hundreds of thousands of innocent civilians and the millions of refugees needing attention from the international community.

As the UN General Assembly unfolded today, US President, Obama asked in his last address as President, for hard diplomacy on Syria, continuing to rule out military involvement. What the next President of the US will do, is anybody’s guess. It is certain, however, that the next US leader will inherit the war and become instrumental in changing its direction for better, or worse. How he or she relate to Russia and Syria will spell the fate of millions of Syrians caught in the cross-fire, literally.