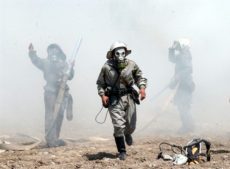 In a series on NATO’s response to the 21st Century security environment, Khalid Mahdi discusses the key components of the Alliance’s Readiness Action Plan (RAP): adaptation and assurance. This week’s post analyzes the role of the NATO Response Force in strengthening the Alliance’s rapid response capabilities.

With the election of Liberal government comes the ushering in of an era renewed defence priorities and foreign engagement for Canada. Khalid Mahdi discusses as an introduction to Panel 2 of Canada’s Defence Perspectives 2020-2050: Recapitalization and the Canadian Forces. 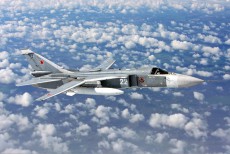 Over the past few months, Turkey has experienced a significant number of unauthorized incursions into its territory by Russian military crafts. Khalid Mahdi analyzes the implications of these overflights against the backdrop of both the Syrian conflict and NATO-Russian relations.

While Iran’s relations with the world have improved since the development of the Joint Comprehensive Plan of Action, Khalid Mahdi argues that the real success comes in the improvement of relations between the Islamic Republic and the International Atomic Energy Agency.

As the security situation in Southeastern Europe and the Middle-East continues to destabilize, NATO is now forced to contend with the emergence of a new “arc of crisis.” Khalid Mahdi discusses with the introduction of our newest program, NATO’s Arc of Crisis.

On May 8, 2013, the NATO Council of Canada held a roundtable discussion on the growing role of robots in warfare. The roundtable touched upon some of the tactical, legal and moral controversies surrounding the use of drones on the battlefield. 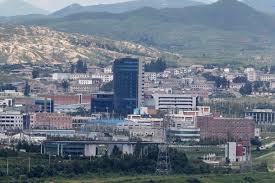 On April 3, 2013, North Korean officials sealed off external access to the joint North-South Industrial Park located in the city of Kaesong. With such action occuring in the midst of serious tensions, could this issue be the final straw in the relations between the two Koreas?