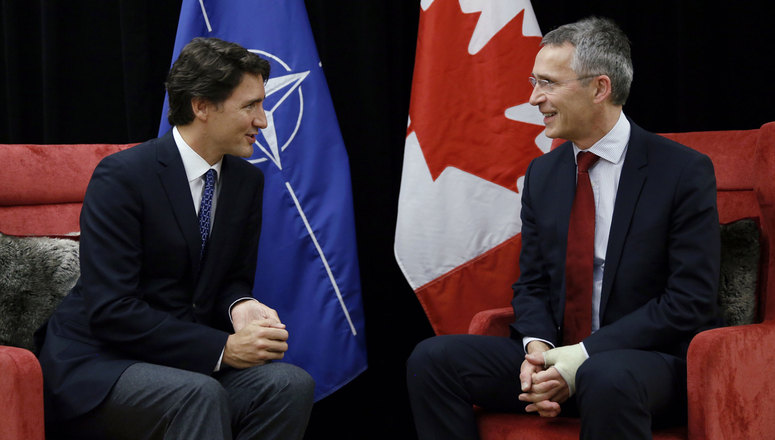 With the election of a Liberal government comes the ushering in of an era of renewed defence priorities and foreign engagement for Canada. During the course of his debut trip to the 2015 Asia-Pacific Economic Co-operation (APEC) Summit in the Philippines this past November, Prime Minister Justin Trudeau not only utilized the opportunity to engage with many of Canada’s key Asian partners, but pledged economic support for developing APEC economies.

Additionally, in his address to the 2015 United Nations (UN) Conference of the Parties climate change summit in Paris, Prime Minister Trudeau echoed his government’s commitment to ensuring that “Canada can and will do more to address the global challenge of climate change.” As an indication of Canada’s improved leadership role internationally, the Prime Minister not only emphasized a keen interest in participating in “collaborative” and innovative initiatives, but a desire to help the developing world tackle the challenges of climate change.

As the ‘third rail’ of Canada’s foreign policy, this renewed sense of engagement is also demonstrated in the country’s new defence strategy. As noted in the 2015 Speech from the Throne, this government’s approach to global security will be one characterized by a strengthening of relations with key allies, such as the United States, to greater contributions in the area of peacekeeping and counter-terrorism operations. In response to the growing challenge posed by the Islamic State in Iraq and Syria (ISIS), the Canadian Armed Forces (CAF) have participated in an aggressive military campaign against the organization with Canada’s international allies. Since 2014, under the auspices of Operation IMPACT, the Royal Canadian Air Force (RCAF), known as Air Task Force-Iraq, had been engaged in a series of bombing campaigns against targets in both Iraq and Syria. As of March 2, 2016, Air Task Force-Iraq had conducted 2,189 sorties.

While the RCAF air campaign ended on February 22, 2016, Canadian engagement in the Levant has remained steadfast. In early February, the Trudeau government outlined its strategy for renewed military and humanitarian engagement in the region. As announced by the government, there will be a substantial increase in the number CAF members deployed there, bringing the total to 830, all of whom will take on ground roles in training, advising and assisting Iraqi security forces over the next two years. Over the course of this operation, $41.9 million is expected to be allocated towards the redeployment of staff and equipment to the region.

In addition to Canada’s commitment to countering the global terrorist threat, it continues to remain a key player in various international security fora. On January 23, 2016, Prime Minister Trudeau met with NATO Secretary-General Jens Stoltenberg, where he reiterated Canada’s strong commitment to the Alliance and its activities, including NATO’s assurance missions in Central and Eastern Europe. On February 11, 2016, as well, the Prime Minister met with UN Secretary-General Ban Ki-moon in Ottawa, where the two discussed possibilities for expanding Canada-UN collaboration, particularly in the area of peacekeeping operations.

As the Trudeau government pursues this policy of global ‘re-engagement,’ there are still a number of challenges it will face. First, the new government’s plan to renew Canada’s commitment to global peacekeeping may lead to greater involvement on the ground and hence force Canada to assume a greater risk regarding the safety of CAF members. This is particularly evident with the trade of a relatively low-risk bombing campaign for boots on the ground. Consequently, can we expect the public to support missions that could produce significant number of casualties, particularly in increasingly volatile conflict zones? Furthermore, following years of political rhetoric and limited investment in defence capabilities, can our forces keep up with the demands of peacekeeping?

Additionally, while the government has outlined its desire to “invest in building a leaner, more agile, and better equipped military,” through a transparent defence review process, it has yet to unveil a clear vision surrounding procurement and how it fits in with this policy of renewed engagement. Thus, before any decisions surrounding current projects, such as the F-35 Joint-Strike Fighter Program are to be made, it will be imperative for the Trudeau government to highlight specifically where it envisions these capabilities will be deployed.

This article relates to the panel, entitled “Canadian Foreign Policy and Defence Strategy,” which will take place on day 1 of the conference and features: