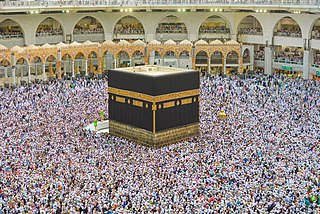 For the past 20 years,many Islamic phrases have become societal taboos, equivalent to saying “Sieg heil” in the West. Antipathy towards Islam in the West has emerged as a result of the actions of a small but deadly number of Muslim extremist groups such as Al-Qaeda, who brought down the twin towers of the World Trade Centre in New York City, by flying passenger jets straight into the buildings, on September 11th, 2001.Since 9/11, there have been numerous calls to bomb the Ka’aba, coupled with instances where several copies of the Qur’an were burnt, including a copy wrapped in bacon, by ultra right wing factions and their leaders. This stems from western misunderstandings of Islam, the Qur’an, and Islamic principles, particularly the notion of jihad.

Encyclopedia Britannica defines jihad as a “holy war relating to the human struggle to promote right over wrong”. Today, jihad is commonly perceived as “to wage holy war, to kill the infidel and to commit terrorism” combined. Muslim terrorist groups have sought to justify the killing of civilians on Islamic grounds, under the guise of jihad. There are two main groups who equate Islamic jihad with terrorism. The first consists of terrorist organizations such as Islamic State and Al-Qaeda. The second consists of a wide constellation of far-right groups fuelled by Islamophobia. Both of these entities serve each other, as their hateful actions tarnish the religion of Islam through fear and hatred.

Encyclopedia Britannica’s definition suggests that jihad has only one form. However, according to the Qur’an, there are three forms of Jihad that exist. These are the jihad of self, jihad against the devil and jihad against an open enemy. Jihad of self is defined as the struggle for self-improvement, and is often cited as the highest jihad. Jihad against Satan is defined as “preaching the word of God, through the Qur’an”. It is often noted that Islam instructs people to stay away from the devil, as the devil is known for the proliferation of manipulation, fear and violence. Therefore, the purpose of the second jihad is to “counter the devil with knowledge, truth and love, stemming from the eloquent beauty of Qur’anic text”. While these two forms of jihad are self-explanatory, the concept of jihad against an open enemy or the third form, is the one that is often misconstrued. Jihad against an open enemy is only permitted in five circumstances. These are self-defence, protection from faith-based persecution, efforts to uphold and preserve peace, protection against faith-based targeted killing, and the protection of universal religious freedom. This was predominant in Islamic Empires, especially during the reigns of notable Muslim leaders such as Saladin, and Akbar the Great.

The Premise of Acceptable Jihad:

Since the Qur’an notes three forms of jihad, it is important to understand the types of situations that classify as Qur’anic jihad. According to the Qur’an, God mentioned that Qur’anic jihadshould only be waged in self-defence, in conformity with international laws, and when the lives, property and honour of Muslims are at stake. In fact, in 2014, Muslim scholars across the globe penned an open letter to the leader of Da’esh, Abu Bakr Al Baghdadi, stating that “jihad is a defensive war and is only permissible given the right cause, right purpose and the right rules of conduct”.

Muslim scholars in the open letter used numerous verses from the Qur’an and the Hadith, to inform Abu Bakr Al Baghdadi that the actions he and his fellow Islamic State colleagues were taking went against the will of God. The scholars heavily referenced three surahs (chapters), which in order are Suah Baqarah, Surah Hajj and Surah Ma’idah.

In Surah Hajj, 22:39-41: God (Allah) denotes that acceptable jihad is predominantly linked to safety and freedom of religious beliefs, and as such commands Muslims to engage in jihad so as to protect “churches, synagogues, temples and mosques from attack and abuse”. Yet, Islamic terrorists target such sites in order to inflict mass casualties and spread fear, through the killing of innocent lives, under the guise of jihad. Similarly, in Surah Baqarah verse 190, God instructs Muslims to“fight in the way of God with those who fight against you, but aggress not; God loves not the aggressors”(2:190). Yet in verses 193-194, God mandates that Muslims should “forgive an attacker, if the attacker stops”, and that Muslim should “fight them till there is no sedition, and that the religion is for God; then if they desist, there shall be no enmity, save against evildoers”(2:193-194). This led to the need for armed conflict as a means towards the achievement of universal religious freedom, peace and security for all of humanity.

Armed conflict in the name of God was thus accepted during the early days of Islam, so as to protect the religion from destruction by its adversaries. The battle of Badr was a Muslim victory to make them believe in the power of God. The battle of Uhud was a Muslim loss to keep them humble and subservient to God, following in the footsteps of Prophet Muhammad (PBUH). Important to note is that prior to the battle of Badr, Prophet Muhammad (PBUH) issued rules of war as envisioned by God. The rules of war were that “God (Allah) forbid any and all collateral damage, that no damage was to come to property, livestock or greenery, or harm any place of worship including temples”. This was backed by Surah Ma’idah chapter 5 verse 32. In Surah Ma’idah, chapter 5 verse 32, God proclaims to the world that “whomsoever killeth an innocent, it is as though they have killed all of humanity; Whomsoever saveth an innocent, it is as though they have saved the whole of humanity”(5:32).

Casus Belli for the third form of Jihad:

Based on the rules of war noted by God, particularly through Surah Ma’idah, the real intent of Qur’anic jihad is a struggle for self-reformation, education, and protection of life, liberty, security of person and universal religious freedoms. As such several notable historical events in recent history can be classified as proper jihad. These are WW2, the Soviet-Afghan War and the current War on Terror. Similarly, the Kashmir crisis falls well within the jurisdiction of Qur’anic jihad.

The Second World War and NATO:

Hitler’s actions in WW2 could be deemed as the casus belli for jihad against an open enemy. Historians note that “Hitler made it clear to his military commanders that the war was going to be about colonial conquest and racial extermination, and that exterminators would follow behind advancing German army units”. The allied offensive against Hitler had held notions of Qur’anic jihad due to the need to protect universal freedoms. In the aftermath of WW2, Western Allied powers sought the need for a mutual defence pact to counter the Soviet threat at the time, thus creating the North Atlantic Treaty Organization (NATO). Unsurprisingly, the spirit of the second line of the preamble of the NATO Treaty, which states that“they {the parties to the treaty} are determined to safeguard the freedom, common heritage and civilisation of their people, founded on the principles of democracy, individual liberty and the rule of law”, reflects the spirit and purpose of the actual Qur’anic definition of jihad against an open enemy.

Similar to WW2, the Soviet invasion of Afghanistan and their subsequent desire to make Afghanistan communist, led to the second instance in modern history highlighting jihad against an open enemy. The open enemy during the Soviet Afghan war, was the Soviet Union, which was hell bent on the destruction of Islam in Afghanistan. As such, numerous Afghan tribes came together to form a collective front against the Soviets, known as the Mujahedeen. The Mujahedeen were determined to fight to the death, if they could obtain weapons, as noted by legendary American reporter Dan Rather in his show 60 Minutes.

In the wake of the Soviet-Afghan War emerged the War on Terror. The War on Terror has pitted the world against Islamic extremist organizations such as Al-Qaeda and Islamic State, who claim that terrorism is jihad. However, true jihad is being exercised by NATO and affiliated countries against the very Islamic extremists using the term of jihad to legitimize their existence. Several notable examples of NATO and NATO affiliated countries’ actions against Islamic extremism are the Canadian led Operation Medusa, commanded by Maj. Gen Fraser, and the Pakistani Armed Forces Operation Zarb E Azb to clean North and South Waziristan, inevitably sealing the porous border between Pakistan and Afghanistan.

Based on the aforementioned saying from Prophet Muhammad (PBUH), the concept of modern day jihad is a wrong that needs to be corrected, through a number of ways. First, Muslim states need to educate Western countries so as to clear the grey area evident within their conceptions of Islam, Islamic beliefs and principles. Second, the world needs to separate key Muslim issues of self-determination under UN charter, in places such as Kashmir and Palestine, from the overarching umbrella of post 9/11 Islamic terrorism. Third, the UN Security Council and General Assembly need to clearly de-legitimize all Islamic terrorist groups and their decrees through the use of Surah Mai’dah verse 32 (5:32). Fourth, countries such as the Islamic Republic of Pakistan should be recognized for their efforts in combating terrorism and subsequently should have all sanctions against them removed.  Fifth, the United Nations General Assembly should declare an international day to combat Islamophobia. Sixth, the United Nations should build a coalition to fight Islamophobia in collaboration with the Muslim world, as per the speech by Pakistani Prime Minister Imran Khan at the UN General Assembly on September 25, 2020.

Featured Image: The Kaabah (Kaaba) is located in the Masjid Al-Haram in Makkah (Mecca, Saudi Arabia) during 2018 Hajj Season. Performing hajj is one of the pillars of Islam and required once for those who can afford to do it. Here the hajj pilgrims are performing the ‘tawaf’ around the Kaabah (2018) by Adli Wahid via Wikimedia commons. Licensed under CC. https://commons.wikimedia.org/wiki/File:The_Kaaba_during_Hajj.jpg