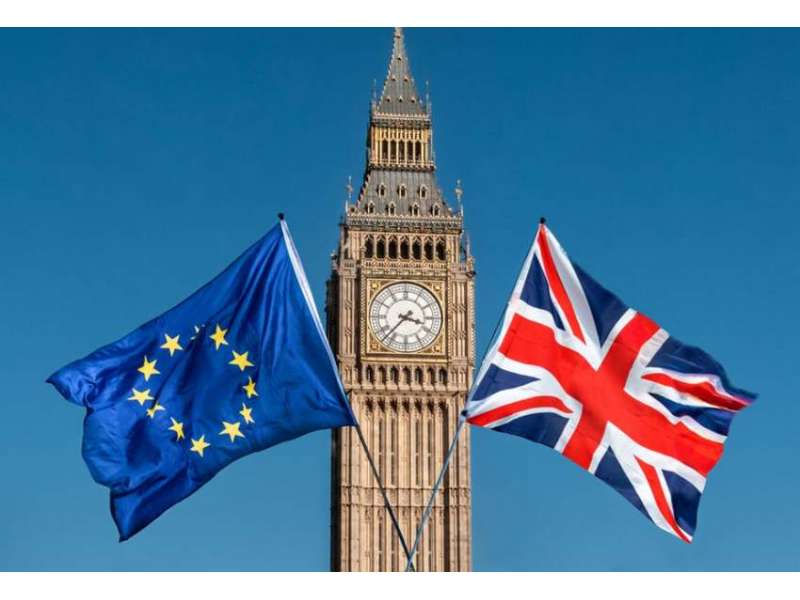 Britain exited the European Union on January 31st of this year – a time when both British and E.U. leaders foresaw a trade agreement’s conclusion by the end of a one-year transition period. Since then, the coronavirus and ensuing recession have intervened – preventing any substantive negotiations. This heralds the prospect that Britain, dependent on Europe for 47% of its trade, will soon face tariffs on most of its exports. Added to this, the border between Northern Ireland, a constituent part of the United Kingdom, and the Republic of Ireland, an E.U. member, faced the risk of being fenced and patrolled to enforce customs rules, ratcheting up tensions in the area. Concerns further loomed over a resurgence in violence, in addition to economic and public health problems being sharpened by Britain’s re-imposition of pandemic restrictions. For the Johnson Government, the speed and success of any negotiations with the E.U. seemed bleak.

It was in these circumstances that the Government introduced the ‘Internal Market Bill’ in Parliament in September. As the name would suggest, it seeks to ensure the free trade of goods within the U.K. – ensuring education credentials and commodity standards of one nation are recognized throughout the other three. Towards the second of these measures, the Bill has empowered the Government to ensure that Northern Ireland and Great Britain have no restrictions on commodity trade between them – creating, in effect, an ‘internal common market’ within the U.K. that would, in small measure, lay the grounds for economic recovery.

Yet, the Government has faced considerable critique for its actions – having created a controversy in Britain, and unsettling the international system. For the British Bill, in its empowering measures, would violate Britain’s Withdrawal Agreement from the European Union – concluded painstakingly late last year. That Agreement established that Britain would adhere to the E.U’s Customs Union along with the Good Friday Agreement (prescribing an open border on the island of Ireland) – by, in effect, enforcing E.U. regulations on goods transiting to Northern Ireland across the Irish Sea. Applying over the transition, these provisions would have expired in January of 2021 in the event that no trade deal was reached. With the Bill, the Government may overrule such regulations beforehand – thus, violating the Withdrawal Agreement (an international treaty between the U.K. and E.U.) in the process. As a consequence, Britain is poised to violate international law – breaking the Vienna Convention on the Law of Treaties Article 18, which obliges states to avoid defeating the “object and purpose” of treaties having their consent. Surprisingly, the government has openly admitted as much – with its minister for Northern Ireland notoriously admitting the bill “break(s) international law” …in a “specific and limited way”.

Far from being a mere domestic or continental matter, this measure by the Johnson Government holds great international significance. In a conspicuous manner, Britain is poised to abdicate its historical role as a supporter of international law – first among the imperial powers of the 19th century, then among the Great Powers of the post-war period. The measure, while undermining Britain’s global diplomatic standing, threatens to erode confidence in the nation’s integrity to abide by future treaties – and impugn post-Brexit trade negotiations with several states. Johnson’s calculus with the measure, to that end, appears less economic and more ideological. His Conservative and Unionist Party (emphasis mine) – centered on a one-nation conservative outlook, seeking greater integration of the U.K’s four nations – had, throughout Britain’s exit from the E.U, vociferously rejected ‘Backstop’ measures that kept E.U. rules over Northern Ireland. This rejection had been a core contention over the Withdrawal Agreement’s negotiation, and – in effect – was reluctantly accepted by Johnson to ensure political separation from the E.U. shortly after his election in 2019.

For NATO, the consequences of this measure are concerning. As a treaty organization, NATO’s existence is premised on international law and a rules-based international order undergirding its legal system. The alliance’s mutual defence compact – embodied in Article V of the Washington Treaty – would be unenforceable on principled grounds should the principles of law among nations not exist; foremost among them being the self-binding nature of a state’s consent. That Britain, as a NATO Founding Member, would admittedly disregard these precepts threatens the continuity of such mutual defence; and undermines the alliance’s legitimacy to enforce the rules-based global order. Moreover, the matter’s raising of political tension among members – between Britain and the 21 NATO states of the Union – does little to facilitate co-operation on matters of strategic import the alliance constantly faces.

In practical terms, Canada and other NATO members can accomplish nothing in remedy. As of Thursday, the Bill had passed the House of Commons – all but certainly ensuring its approval into law. It remains for the alliance to monitor and mitigate the precedent this measure sets – continuing to ensure that NATO members adhere to their obligations, and co-operate on the challenges yet ahead.

Arjun Singh is a Programme Editor at the NATO Association and undergraduate student at the University of Toronto in his third and final year – studying political science, international relations and American studies. His professional and research interests include American government & foreign policy, political theory, Canada-U.S. relations, American revolutionary history, international law and European security – along with any other subject of political relevance in human history. In the past, he has worked for the U.S. Department of State, the Parliament of India, G20 Research Group, Legislative Assembly of Ontario and Elections Canada – and was a Young Global Scholar at Yale University, in the Cohort of 2017. Simultaneously, he occupies himself with cycling, classical literature, British television, 80s rock and the pursuit of knowledge everywhere. Upon graduation, he seeks to enter public service and the Canadian Armed Forces – and is always keen on new opportunities, within and outside his chosen field. View all posts by Arjun Singh →