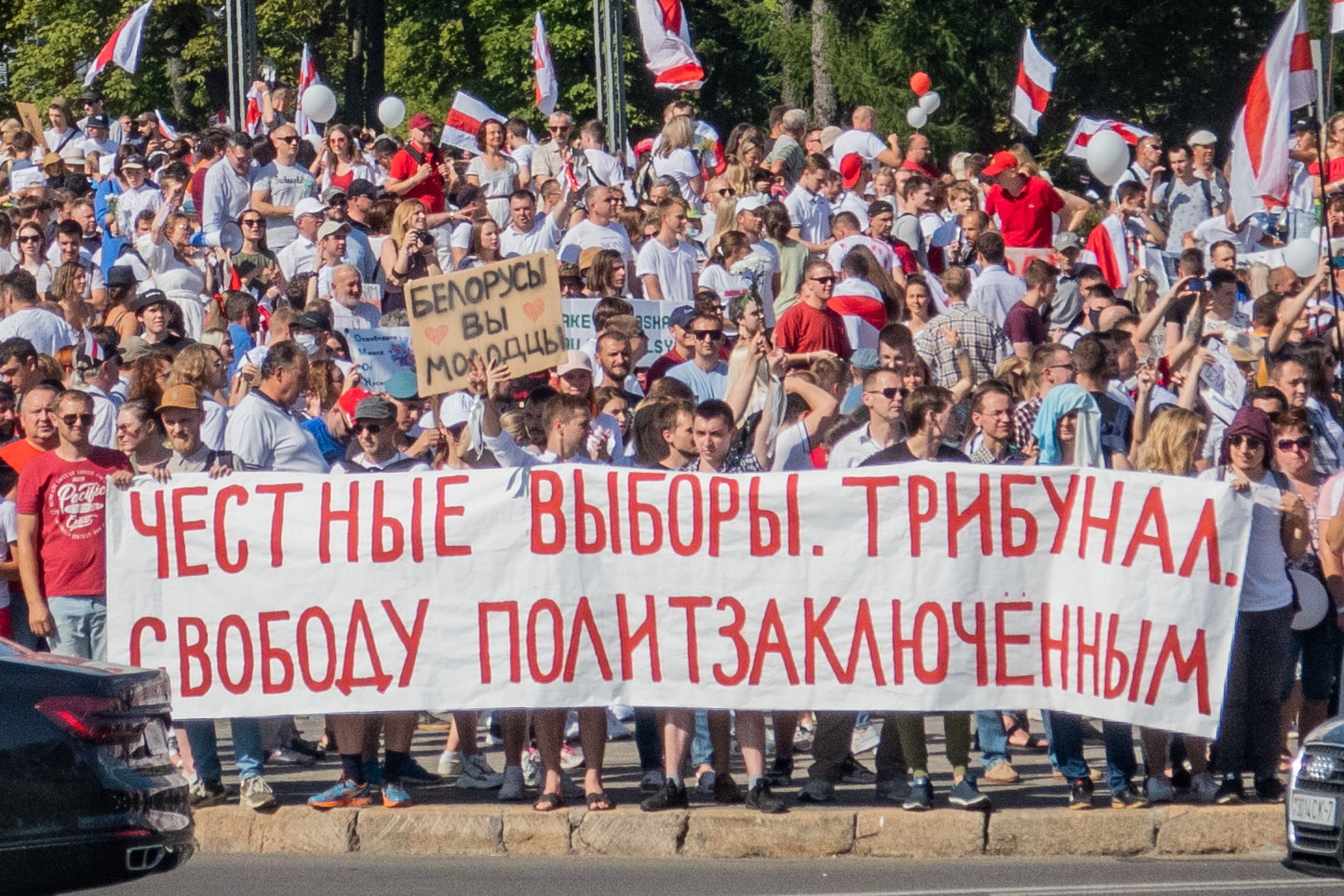 Belarus has been experiencing the largest protests in its history, since the beginning of August. What began as opposition to an allegedly rigged presidential election transformed into a social movement against dictatorship, bleak economic conditions, police brutality, and torture of detained protestors. The momentum has carried on for over a month, with hundreds of thousands of Belarusians persistently gathering on the streets despite the threats of arrest and persecution. The structure of the protests is also admirable: the protestors have been careful not to align themselves with a pro-Russian, nor a pro-Western stance, instead focusing exclusively on the injustices of the president, Alexander Lukashenko. And despite several attempts of the regime to quell the movement through threats and violence, Belarusians continue to flood the streets to demand that Lukashenko admit to electoral fraud and resign.

This movement is remarkable for a few reasons. First, this is a one-of-a-kind uprising in Belarus. Lukashenko, dubbed ‘Europe’s last dictator’, has maintained a tight grip on authority for a quarter of a century. His political agenda largely borrows from Belarus’ Soviet past and centers around restoration of a Soviet-era political system, political repression, and close ties with the Kremlin. But despite these realities, political unrest against the regime has never swelled beyond a few isolated demonstrations, making the current unrest an unprecedented moment for Belarus. Second, while scenes from the protests may appear chaotic at first glance, the activists are not simply partaking in indiscriminatory riots. Instead, they are building strategic barricades and deliberately drawing foreign attention to atrocities via social media. These factors combined raise the following questions: why now?

By and large, the protests in Belarus have been organized on Telegram – an encrypted social media app popular in the country. Belarussian journalists working on the ground have referred to the app as the “vanguard of protests,” with the biggest channels on the app attracting millions of followers to organize and coordinate the protests. Each day, new to-do lists for protestors appear on the channels, identifying goals, priorities, and locations for demonstrations, offering encouragement to those choosing to participate. The protests, therefore, are not merely announced on various platforms with reckless abandon, but are coordinated with “business-like precision.” And despite the government’s bid to shut down internet access for much of the country in the early days of the protests, attempting to stamp out the organizers, Belarussians continue to turn to social media for resources and coordination. Websites such as Twitter have also served an important role in attracting foreign attention to the heinous state crimes against peaceful demonstrators, earning Lukashenko’s regime widespread condemnation from Western countries.

In the age of digital transparency, this commitment to precise coordination of protest priorities should come as no surprise. The salient use of social media has transformed the face of social movements; never before has it been easier to identify and attract potential supporters for a cause. Popular digital platforms have depicted the reality that has been “entirely visible to some people and invisible to others” all along, simplifying the process of sharing information and coordination. For Belarus, a country whose citizens are well-accustomed to oppressive and misguided dictatorship, the nature and features of Telegram have made it an indispensable tool in engineering the country’s biggest justice movement in recent history. After twenty-six years of Lukashenko’s regime, boiling frustration over economic stagnation and social injustices, the fraught election of 2020, with obviously fabricated results, was the straw that broke the camel’s back. The unprecedented capabilities afforded by Telegram’s features popularized the movement and continue to give it momentum.

Inspiration from other prominent uprisings has been central to this movement. One of the tactics employed by the Belorussian protestors has mirrored those of their Hong Kong equivalents: avoiding direct confrontation with the police. Met with severe police brutality like their Asian counterparts, the organizers are known to use Telegram for spontaneous and decentralized demonstrations in order to evade the heavily-armed security forces. And when internet access was cut by the Lukashenko regime, organizers turned to offline platforms such as Firechat and Bridgefy, echoing the experience of those in Hong Kong and India, enabling connection between activists without reliance on the internet.

This movement does not exist in a vacuum. Belarus’s moment comes on the heels of 2019: a year defined by a large number of global uprisings, with protests sparking in both democracies and autocracies at unprecedented speed. Nonviolent uprisings have transformed the global shape of political dissent, brought down leaders, and forced governments to reckon with civil disobedience as a primary tactic in response to controversial policies. Social media bound the protests together, illuminating the plight of people across the globe and inspiring those in other countries to follow their footsteps in taking to the streets. For Belarus, this moment arrived after an obviously fraught presidential election. Frustration with an incompetent dictator, economic stagnation, false promises, lack of transparency and uncertainty as a result of an ongoing global pandemic created a perfect storm. And with the advent of social media, which can be used not only to organize dissidents but also to draw inspiration from other protestors across the globe, the scale and persistence of the protests should come as no surprise. Perhaps, the movement was long overdue.

Disclaimer: Any views or opinions expressed in articles are solely those of the authors and do not necessarily represent the views of NATO Association of Canada.