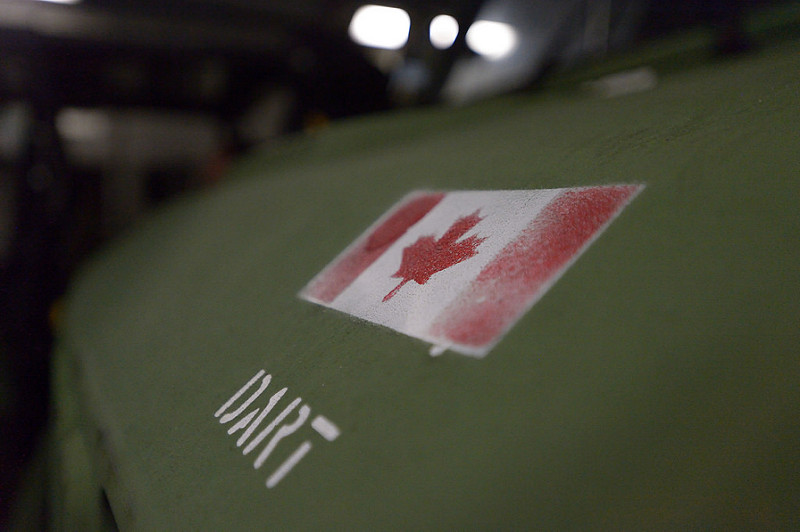 When an international disaster occurs, Canada’s departments of Global Affairs (GAC) and National Defence (DND) respond by sending the Disaster Assistance Response Team. This team, made up of Canadian Armed Forces personnel in various positions, trains together regularly and deploys on short notice if necessary.

Photo (Cover Photo): A military ambulance is transported on board a CC-177 Globemaster III enroute to Nepal as part of the Government of Canada’s earthquake relief efforts on April 28, 2015.“DART – Nepal” (2015), by Cpl Kevin McMillan, Canadian Forces Combat Camera IS09-2015-0028-007 via Combat Camera Flickr. Department of National Defence. All Rights Reserved

Photo (Infographic Background): A view of a hurricane over open waters from Space. The hurricane is well-developed, with a symmetric cloud pattern and a well-defined eye at the center. “Hurricane Daniel” (2006), by NASA image courtesy Jeff Schmaltz, MODIS Land Rapid Response Team at NASA GSFC via Wikimedia Commons. Licensed under Public Domain.