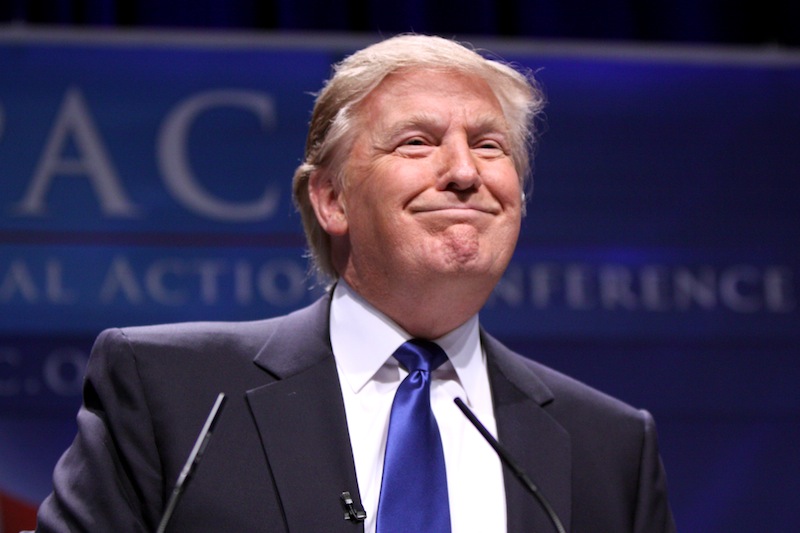 Eric Morse, Senior Research Fellow at the NAOC, weighs in on Trump at the NATO Leaders Meeting.

In the final press conference of today’s NATO meeting, Secretary-General Jens Stoltenberg emphasized NATO’s commitment to the struggle against terrorism, and its decision to join the Global Coalition against ISIS. This move may be mostly symbolic, as all 29 NATO member countries were already participating. However, Stoltenberg’s remarks — though he spoke favourably of ‘fair burden-sharing’ (without defining ‘fair’) and called for a review of how the goal of 2% commitment would be met by the year’s end — were somewhat overshadowed by another set of remarks earlier in the day.

Stoltenberg had the air of a man defending the indefensible. Close on the heels of the address at the opening of the new NATO headquarters by U.S. President Donald Trump, American political pundit Josh Marshall of the ‘Talking Points Memo’ political blog issued a post headlined, “Don’t Forget: Trump is Brazenly Lying About NATO”. It was one of the more moderate comments from the traditional defence and security community on-line.  More refined mainstream commentators contented themselves with “unseemly and counterproductive“(Richard Haass) and “bad diplomatic strategy” (Roland Paris).

Marshall bases the accusation on three points: that the 2% of GDP spending target adopted by NATO is a goal, and that even as a goal it has a target date of 2024, and that in any case, any shortfall toward meeting this target is not money owed by NATO members to the United States.

Marshall adds: “There’s also the obvious but sometimes not openly stated point: the U.S. is the Great Power! You usually have to chip in at least a little money for your Great Power status, or your empire, to put it more archly.”

Security commentator John Schindler adds – among his more restrained Tweets du jour  – “By getting Americans to regard NATO as some kind of Mar-A-Lago with membership fees and annual dues, Trump has done Putin’s work handily.” (Trump and Polish President Tusk apparently disagreed strongly on Russia in a bilateral.)

The problem is that although the American president may not have the right as an ally among allies to turn NATO into a dues-paying club, he may well have sufficient power either to extort or — more likely — to paralyze the Alliance. Other alliances in history have turned into protection rackets, notably the Delian League of the 5th Century B.C. which began as an alliance of free Greek cities against Persian aggression and wound up as a vehicle for Athenian extortion. Thus far into the current dégringolade, the Prime Minister of Montenegro has merely gotten shoved on-camera, without — as the Globe’s Mark MacKinnon put it — even having “had a chance to pay less than 2% of GDP yet.”

We also have to note an ominous refusal to acknowledge Article V beyond commenting that “We remember and mourn those nearly 3,000 innocent people who were brutally murdered by terrorists on September 11th, 2001.  Our NATO allies responded swiftly and decisively, invoking for the first time in its history the Article V collective defence commitments.“ If an acknowledgment of Article V at all, it was as oblique as an elbow in the ribs, especially paired with the comment on the new NATO headquarters: “And I never asked once what the new NATO Headquarters cost.  I refuse to do that.  But it is beautiful.” (That second remark is found in the official transcript; it was not an ad-lib, or if so it was deliberately incorporated into the formal text ex post facto) Stoltenberg’s response (“It is not possible to be committed to NATO without being committed to Article V”) in the press conference somehow fails to convince.

The only context in which to view the single Article V reference is where Trump placed it – as a call to the world war against ‘terrorism’. At best it suggests that Trump recognizes Article V when it is in his own interest to do so. “Pay up, and maybe we’ll help you out” is nobody’s idea of an alliance except Trump’s, no matter how much lipstick you put on the pig.

At best, the day leaves NATO in confusion; (strategic analyst Tom Nichols suggests that NATO will run on autopilot under EUR and CAN stewardship while they await a change in US administrations); at worst it could be much worse. Schindler is not the only one to note that it plays into Putin’s hands, and yet Trump has also just come from Saudi Arabia where he has formed a compact with the regional forces that are inimical to Russian interests. Charitable souls may call this three-dimensional chess; some are less charitable. (Ironically, your author has cherished the belief for years that America’s life in the region would be made simpler if it would just choose a side; now that it has done so, one fears that it may have chosen the weakest of several, and worse, that it has done so for all the wrong reasons. In the course of an address by former National Security Advisor Richard Fadden to the Royal Canadian Military Institute Wednesday evening RCMI President Michael Hoare noted that one of the advantages the British form of imperialism had was that when they arrived somewhere, they didn’t intend to leave. Presumably, Trump doesn’t intend to stay.)

The day’s events in Brussels portend nothing very good for Canada. The government’s last budget somewhat ostentatiously did not increase defence spending. In the face of Trump’s doubling-down on ‘dues-paying’, that may be a red rag to a bull, and in the face of Trump’s tendency to link issues transactionally, it may be downright dangerous. The Government has done remarkably well in terms of managing the chaotic force in the White House so far, but defence and national security have been one of its consistent weak points from the beginning. The Defence Policy Review, which ought to have been integrated with a Foreign Policy Review from the start, has only recently recognized the need, and since it is now supposed to come down on June 7th, it’s difficult to imagine that much depth of analysis will be attainable.

With an academic background in Soviet and East European Studies, long-time NATO Council member Eric Morse served from 1973 – 86 in the Canadian Department of External Affairs as Head, International Sports Relations, overseeing and advising the Government on Canadian involvements in Olympic-level international sport from an IR perspective, on issues related to apartheid, Olympic bids, Olympic boycotts and sport diplomacy (‘soft power’ on hard surfaces). In the 1980s-1990s he consulted to Canadian firms and NGOs doing business in the former USSR in sport, culture and commerce. Since 2007, he has been chief of publications and Co-Chair, Security Studies at the Royal Canadian Military Institute in Toronto. He is a regular contributor of op-ed on IR-related themes to Canadian media, appearing in the Ottawa Citizen and the Globe and Mail. From 2007-2011 he served as Provincial Returning Officer in the constituency of Toronto Centre, thereby acquiring serious exposure to the workings of the Canadian electoral machinery. He has a deep interest in Roman Imperial public policy, and delivers the annual Val Ross Lecture to the RCMI on Roman themes. His essaycollection Roman Spaces (Iguana Books, Toronto) was published in December 2014. View all posts by Eric Morse →