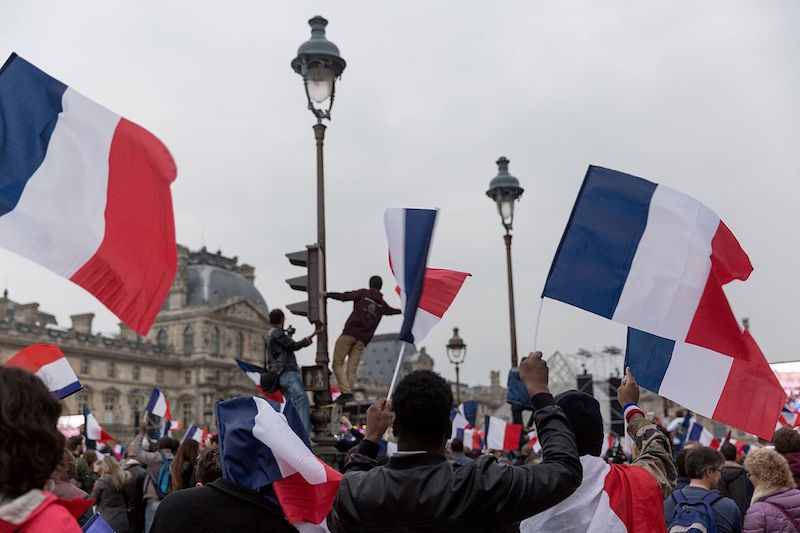 Following the success of his recent election, French president Emmanuel Macron faces numerous foreign policy challenges including rising Euro-scepticism, an increasingly belligerent Russia, and an unpredictable American president. Currently, his foreign policy appears to resemble that of his predecessors, and only minor policy changes seem likely to arise. In terms of defence, the most important change may be a greater focus on European cooperation, which could lead some European states to rely less on NATO for ensuring their security.

As announced by Macron, his foreign policy will be centered on maintaining the “Gaullo-Mitterrandist consensus” — a foreign policy that was founded by French president Charles de Gaulle and upheld to varying degrees by some of his successors such as François Mitterrand. This traditional foreign policy is based on several central tenets — most importantly, ensuring national autonomy in decision-making, strategic planning with regard to greater powers and alliances, and maintaining a nuclear deterrent. The aim of this policy is to ensure France retains full sovereignty when it comes to devising its foreign policy. This does not mean France’s isolation from the global order, or withdrawal from cooperating with alliances and neighboring countries. Rather, it ensures that France retains the freedom to choose with whom to cooperate, where, and when.

A central tenet of Macron’s foreign policy is that of creating a stronger and reformed Europe by increasing cooperation across various domains and by making already existing institutions more efficient. For example, Macron advocates for greater collaboration towards security and defence between EU member states, such as by creating a permanent European command center or by forming a European security council. Another key measure in his programme is the establishment of a budget for the Eurozone to facilitate investment, provide financial aid, and handle economic crises.

As one country alone cannot reform a community of soon-to-be 27 states post-Brexit, and following in the footsteps of his predecessors, Macron is likely to strengthen the Franco-German tandem to lead the European reformation — a cooperation which has weakened in recent years. To do so, he plans on reinvigorating the Franco-German defence councils to ensure accordance between the defence and security policies of both states. While created in 1988, they were slowly forgotten over time. To further emphasize Macron’s dedication to this Franco-German tandem, his first official meeting with Chancellor Angela Merkel took place in Berlin the day after he took office, on May 15. Additionally, a Franco-German council of ministers is already set to take place in July 2017 for the French and German ministers to meet and work on various subjects, such as asylum rights in Europe or the question of posted workers.

This Franco-German tandem already faces numerous obstacles on its path to deepening cooperation. The most important one is the rise of the far-right, which must be resolved to prevent further dislocation of the EU. In recent years, the increasing encroachment of the far-right into the EU as exemplified by the popularity of France’s Front National party and the authoritarian rule of Hungarian Prime Minister Viktor Orban, have only contributed to spreading sentiments of Euro-skepticism throughout Europe. To counter this threat, Merkel and Macron must cooperate with other European states to help Europe break away from its current identity crisis and solve its democratic deficit.

Africa and the Middle East

Concerning Africa and the Middle East, Macron’s foreign policy will resemble that of François Hollande. In Africa, Macron will continue normalising relations with African countries and will maintain a military presence in sub-Saharan Africa to help local forces fight against regional terrorist groups, such as Al-Qaeda and Boko-Haram. To maintain the influence of France and its enterprises in Africa, Macron hopes to increase investments in infrastructure and local enterprises in African economies, thus contributing to the latter’s development. Furthermore, to promote the francophone community, he wants to reinforce the ties between France and several African states — notably by cooperating in various domains such as the environment, innovation, and trade, although Macron has yet to specify which African states he hopes to increase cooperation with.

In the Middle East, there will also be a few changes under Macron’s foreign policy. Unlike his predecessor, Macron does not believe that the departure of President Bashar al-Assad from power is an imperative for intervening in the Syrian conflict. Rather, his main priority is to cooperate with other powers acting in Syria such as Turkey, the US, and Russia, while continuing to fight the growth of jihadism. Additionally, regarding the refugee crisis, Macron is in favor of facilitating integration of migrants into French society and enhancing European cooperation. This will entail greater border control and fairer repartitioning of refugees amongst European states, potentially re-opening the debate around the Dublin regulations. It is, however, uncertain whether he will succeed since many European leaders are growing increasingly opposed to accepting more, if any, refugees.

While Charles de Gaulle initiated France’s departure from NATO in the 1960s, it is unlikely that Macron will make the same move. Under Macron, France will remain in the Transatlantic Alliance’s integrated military command and will preserve the role it had under President François Hollande. However, this is not without some caveats.

Besides the accession of several states in the Balkans region along with Finland and Sweden, Macron has shown opposition to the enlargement of NATO, and that France will only support NATO operations abroad if they coincide with its interests and meet specific criteria. For example, NATO may have to expect less cooperation from France during NATO operations that are not triggered by collective defence, and when there are no concrete proposals to end relevant crisises which are presented for intervention. Additionally, while one of Macron’s proposals involve an increase in defense spending above 2% of GDP, this is not necessarily a result of following NATO’s guidelines. Rather, the reasons behind this increase in defence spending involve seeking help to finance France’s military operations abroad while confronting growing threats of terrorism at home. Furthermore, what may be the biggest change, both for French foreign policy and for NATO, would be Macron’s success in reinforcing European defence cooperation mechanisms. This could potentially lead to less European involvement in NATO, as European states would no longer need the Alliance to ensure their security. However, it is uncertain whether Macron will actually succeed, as many EU states appear reluctant to reinforce EU defence capabilities.

Photo: Celebrations at the Louvre on 7 May (2017), by Lorie Shaull via Wikimedia Commons. Licensed under CC BY-SA 2.0.