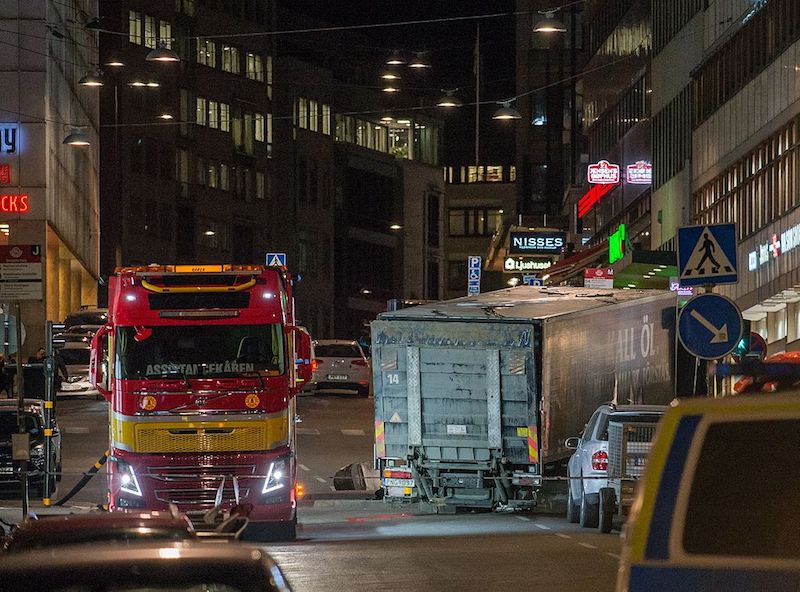 In a 2014 article published in the National Interest, Bruce Hoffman, Director of the Center for Security Studies at Georgetown University, suggested that, while security analysts and the general public feared the prospect of terrorist groups acquiring chemical, biological, or nuclear weapons, significant damage can be caused from low-tech terror attacks. Hoffman highlighted that the 9/11 attackers turned vehicles—in this case, four airplanes—into missiles and used seemingly mundane tools like box cutters to hijack them.

In recent years, this phenomenon has taken the form of vehicle-ramming attacks, in which assailants turn motor vehicles into lethal weapons by driving them into other vehicles, buildings, and crowded areas such as shopping centres, streets, and tourist destinations. The tactic was first used during the Israeli-Palestinian conflict, in which bulldozers and cars were used to strike vehicles and pedestrians. More recently, Europe and North America have been the sites of a string of vehicle-ramming terrorist attacks. For instance, on April 7, 2017, 39-year-old Rakhmat Akilov, an Uzbek national, drove a stolen truck into a crowd of people in a popular Stockholm shopping district, killing four and injuring 15 others. This attack came just weeks after Khalid Masood rammed his car into pedestrians on Westminster Bridge in London, England, four months after a truck drove through a Christmas Market in Berlin killing 12 people, and eight months after Mohamed Lahouaiej-Bouhel drove a rented cargo truck through the streets of Nice, killing 86 people.

While this method was largely used in the context of the Arab-Israeli conflict, it gained popularity in 2010 when an article in al-Qaeda in the Arabian Peninsula’s Inspire magazine urged would-be jihadis in the United States to create “the ultimate mowing machine” by attaching steel blades to the front of pickup trucks and targeting crowded walkways. ISIS has taken a particular liking to this tactic and has promoted its use heavily in recent years. In 2014, ISIS spokesman Abu Mohammad al-Adnani stated, “If you are not able to find an IED or a bullet, then single out the disbelieving American, Frenchman, or any of their allies. Smash his head with a rock, or slaughter him with a knife, or run him over with your car.” Additionally, in its November 2016 issue of Rumiyah magazine, the group included a three page instruction manual on how to increase operational effectiveness when conducting vehicle-ramming attacks. In the feature, ISIS encouraged attackers to use large, load-bearing trucks to mow down civilians at parades and other public gatherings.

Vehicle-ramming attacks present a significant challenge for security officials, as they have proven to be next to impossible to predict and relatively easy to pull off. The method is simpler than large-scale coordinated attacks as it requires no specialized training, hard-to-obtain materials, or extensive premeditation.  Unlike attacks that employ complex materials or bombs, authorities cannot identify prospective attackers by analyzing their online activity or purchasing history. Vehicle-ramming attacks turn ordinary objects into killing machines, creating an element of surprise, as well as the constant threat of attack. Based on its simplicity and unpredictability, it is likely that ISIS and similar jihadi groups will continue to employ the vehicle-ramming tactic in their attacks moving forward.