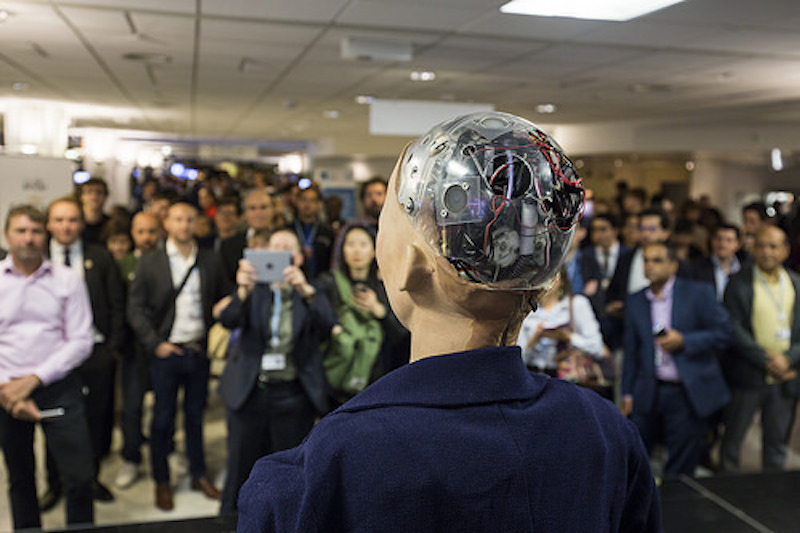 On 10 May, the White House hosted the Summit on Artificial Intelligence for American Industry and invited the most renowned corporations to consult on the development of artificial intelligence (AI). Google, Apple and United Airlines are some of the many companies developing such technology that informed representatives from the Departments of Agriculture, Transportation and others on the status of and impediments to their innovation capacities. Corporate executives and researchers consulted with White House officials to discuss the promise of this technology and how to maintain US leadership in this arena. The enthusiasm from the Trump administration towards artificial intelligence is a complete reversal from previous policy. Only last year, Treasury Secretary Steven Mnuchin dismissed automation, and said any relevant concern about this technology is 50 to 100 years away. Additionally, the Trump administration’s ten percent slash to the National Science Foundation’s AI budget in 2017 indicates this technology only recently became a priority.

While this summit shows the Trump administration has finally awoken to the proximity and importance of developing AI technologies, the absence from the summit of any mention of its impacts and how they ought to be addressed indicates a continued ignorance of its scope. Instead, the administration is taking a full steam ahead approach towards development and remains committed to eliminating any barriers to further innovation. Deputy U.S. Chief Technology Officer and organizer of the summit, Michael Kratsios, outlined that the White House has a “free market approach to scientific discovery,” that incorporates all of government, industry and academia. As such, the summit shows a new focus for the Trump administration to secure a victory in the global race towards the new frontier: automation and artificial intelligence.

The global arms race in artificial intelligence defines the 21st century. China, Russia and the United States lead this push towards the future with tremendous investments in research and development, industry, and the accumulation of data important in the effectiveness and adaptability of such technology. Each state is investing billions in AI, with different areas of focus but similar goals of economic and military dominance. China’s emphasis on the economic advantages of AI are clear in its detailed strategy released by the State Council in July 2017, which includes commitments for further investment in research and development to position itself as a technology leader by 2030. With this deadline in mind, China seeks to reinvigorate its slowing economy, and establish a direct link between the commercial and military applications of AI. Chinese tech giant Baidu led Western firms in developing an AI system with better-than-human speech recognition performance by a year, and as such, marks China’s future. Such accomplishments are only propelled with the development of supercomputers, integral in AI research and the most powerful of which is currently in China. Consequently, China has announced achievements in AI that exceed those of even the United States; a development that has not gone unnoticed.

Similarly, Russia’s interest in AI military capabilities is clear in it is much more aggressive in its implementation of AI technology, despite of its slower and lesser development capacities. America’s 2016 Presidential election made clear Putin’s intention to interfere with another state’s sovereignty for the sake of promoting Russian interests. Throughout the US election and Brexit referendum, up to one third of Twitter activity was that of automated profiles made to look and sound like people, also referred to as bots. More significantly, these profiles were of Russian origin, and proclaimed a clear preference for the Leave campaign and a five-to-one preference for Donald Trump. Even without the sophistication of advanced AI weaponry comparable to China or the US, Russia has proven very effective in using this technology, and feverish to expand its AI capabilities. Russia’s 2008 Military Modernization Program includes significant investment in military technology with a focus on autonomous weapons run by AI. Moscow aims to have 30% of its military robotized, effectively transforming the nature of war. Russian progression towards AI and automated technologies is similar to China’s in its application to the military, but remains singularly focused in this respect. As such, the Russian mandate is very much in line with Putin’s personal view that the power most advanced in AI and automation “will become the ruler of the world.”

“Much like in our history with nuclear weapons, the race towards artificial intelligence is out of necessity and in accordance with the principle of ensured security.”

With the presence of determined adversaries committed to dominate geopolitics through the mastery of AI, it was inevitable the Trump administration would reverse its dismissal of automation and artificial intelligence. Much like in our history with nuclear weapons, the race towards artificial intelligence is out of necessity and in accordance with the principle of ensured security. In addition to reaching out to corporations developing this technology with the summit, the White House also announced the creation of a new committee to coordinate AI developments across federal agencies, including research and policy. More specifically, the Trump administration will focus on self-driving vehicles, biometric identification, computer vision and robotics. The military applications of such technologies are obvious, and would significantly further the administration’s efforts to advance American interests and, from their perspective, re-establish American leadership through an “America First” policy.

Currently, technology is outpacing the ability of democratic institutions to adapt to changing realities. World leaders seek to dominate through the integration of AI in their national economies, as well as by leveraging the military applications of AI, and in doing so, boast a competitive advantage over the rest of the world. As such, it becomes clear it is the responsibility of every citizen to demand that their governments recognize and address the threat an uncontrolled march towards technology poses to global security and the stability of international relations between major powers.