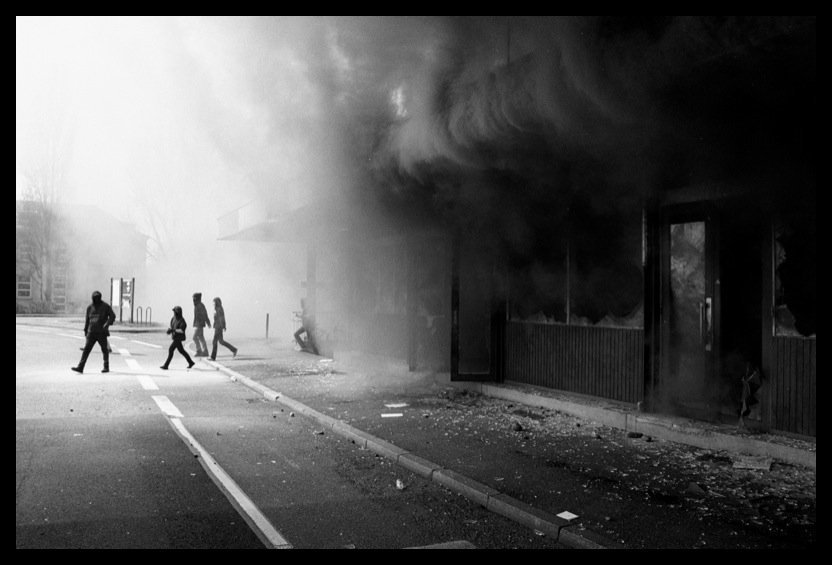 To the east, Poland, the Baltics, and Romania face threats of hybrid conflict coming from a revanchist Russia. To the south, allies such as Italy and Greece prioritize maritime security across the Mediterranean, given the rise of threats that do not respect borders such as irregular migration from North African and the Levant as well as the rise of religious extremism.

Though divergent threat perceptions persist, NATO Deputy Secretary General Alexander Vershbow insists that challenges emanating from the Alliance’s eastern and southern flank stem from a lack of respect for the rule of law and sovereignty. Given the high degree of interrelatedness between various factors, it is a false dichotomy to say that we have to choose between defending the security interests of our eastern and southern allies. The following policy report outlines a three pronged long-term strategic outlook for NATO. This approach is based on border security, countering the foreign fighter threat, as well as balancing capabilities.

The Southern Flank: Emerging Security Challenges in the Mediterranean

In the wake of the Arab Spring, new security challenges have emerged in hotspots such as eastern Libya, northern Mali, the Sinai Peninsula, and Syria. These unstable regions can provide safe havens for extremist groups, posing a threat to the broader Mediterranean region. Libyan coastal cities have attracted asylum seekers and migrants from Syria, Eritrea, and sub-Saharan Africa, fuelling the human smuggling trade. Moreover, the Southern Mediterranean is a strategically important transit route for oil and gas as well as a source of energy supplies, worsening the economic effects of instability in the region.

Turkey’s position as a NATO member state is vital given its role as a transit hub. Hundreds of thousands of Syrian refugees and migrants have fled through Turkey. Moreover, hundreds of foreign fighters have joined ISIS and other groups using Turkey as a transit state. In June 2014, ISIL captured 49 Turkish citizens in Mosul. Hence, it would be within Turkey’s best interests to tighten its borders with Syria and Iraq, especially regarding foreign fighter flows into Bulgaria and Greece. NATO can provide support via logistics and intelligence sharing. NATO could also carry out scenario-planning exercises against threats from ISIL in conjunction with Turkey. The Alliance could contribute its capabilities in providing support for civilian authorities, disaster management, and command and control in crisis situations.

The Mediterranean Dialogue (MD), which has existed for over 20 years, is another promising pre-existing network and forum for discussion. The MD promotes political and practical collaboration with countries such as Algeria, Egypt, Israel, Jordan, Mauritania, Morocco, and Tunisia. To this end, organizing more structured and frequent meetings between NATO and the African Union and the Arab League is advised, especially regarding Operation Active Endeavour, border security, and how to foster inclusive economic development.

Countering extremism and the threat of a transnational caliphate

Across the Middle East and North Africa region, non-state actors have increasingly set the agenda. Researchers estimate that roughly 4,300 EU nationals of Islamic faith have recently travelled to fight in Syria and Iraq. Also, according to the CIS Antiterrorism Centre, it is estimated that up to 5,000 Russian citizens may be fighting on the side of ISIL. NATO plays an important role in countering the foreign fighter threat through information sharing and liaising between different national intelligence services. Through the use of social media and the Internet, intelligence services can study, analyze, and track foreign fighter activity in the West.

NATO should conduct foreign-fighter threat scenario exercises with member states. As a forum for the exchange of information and best practices, NATO facilitates cooperation between military, law enforcement, and intelligence agencies. This information-sharing role is especially valuable to smaller allies who lack the intelligence-gathering and analysis resources of larger states.

According to the head of Russia’s Security Council, ISIL poses a grave threat given that it has established a branch in the North Caucasus. Former Russian foreign minister Igor Ivanov has stated: “Modern security threats are international, we can’t fight them alone.” As such, it is recommended that NATO revive counterterrorism cooperation with Russia through the Ad Hoc Working Group on Terrorism, given their shared interests in countering international terrorism.

A Revanchist Russia and the Hybrid Threat

Russia’s destabilizing actions in Crimea and Eastern Ukraine show a blatant disregard for international norms. The Article Five threshold issue involving hybrid tactics must be urgently addressed, given the proximity and strategic value of the Baltic states. In order to deter the use of the same hybrid tactics in the Baltics, NATO should draw on a mixture of hard and soft power. A credible joint defence relationship between the Baltic States and the Nordic states consisting of joint military exercises should be strengthened. To reassure the Baltics, the pre-positioning of military equipment in eastern and central Europe should be a priority. NATO has prepared the ground work after the establishment of the NATO Strategic Communications Centre of Excellence in Latvia, the NATO Cooperative Cyber Defence Centre in Estonia, and the NATO Energy Security Centre of Excellence in Lithuania.

According to security expert Luis Simon, Turkey is a key strategic partner given its control of the Dardanelles Strait, Sea of Marmara, and the Bosporus. Because of Turkey, NATO enjoys naval advantage in Eastern Mediterranean. Luis Simon suggests that closer military cooperation between Turkey and Romania could serve as an important counterweight to Russian hegemony in the Black Sea, especially on naval and missile defence matters.

The Framework Nations concept (FNC) enables NATO to balance the priorities of its various member states. Regarding defence of the eastern flank, Germany and Poland would lead a ten nation group focused on collective defence through developing host nation support; prepositioning and stationing of forces; ISR (intelligence, surveillance, and reconnaissance); and combat aircraft and precision-strike capability. Greater efforts should be made to improve interoperability between Germany and Poland. Moreover, an effort to increase theatre missile defences and air-defences should be made. Regarding crisis management, France and the United Kingdom would focus on expeditionary capabilities for crisis management focusing on mobility (airlift, aerial refueling and sealift), logistics (adequate munitions stocks), and ISR.

In conclusion, given the rise of non-state actors such as ISIL as well as a revanchist Russia, NATO is in need of a long-term strategic outlook that is able to address the security concerns of its eastern as well as southern flanks. A key component in balancing the priorities of various member states would be implementing the Framework Nations concept (FNC).