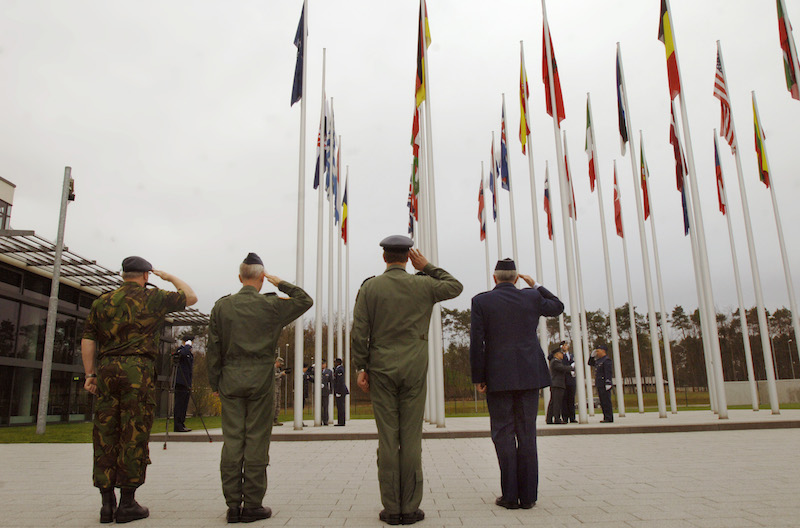 NATO leaders will meet this week in Brussels. As the NATO heads of state gather at the newly built NATO headquarters this Thursday, there are many important security issues and new political developments for the leaders to discuss. Here are five things to watch at the upcoming meeting.

Of the 28 current NATO member countries, only five meet the 2% of GDP defence spending guideline: Estonia, Greece, Poland, the United Kingdom, and the United States. The current American administration is particularly frustrated with other member countries’ relatively low spending on defence. In March, U.S. Secretary of State Rex Tillerson warned that the Alliance should have a policy in place to ensure that countries reach the 2% spending minimum by 2024. Going even further, U.S. Defense Secretary James Mattis recently issued an ultimatum to other Alliance members: meet the minimum 2% spending threshold, or see U.S. pull back from its commitments to the transatlantic bloc.

This presents a challenge to the Canadian administration, particularly as the new Defence Policy Review is slated to be released on June 7th. Canada currently spends less than 1% of its GDP on defence, well below the established NATO target. With pressure from the American administration weighing on all NATO members, the Defence Policy Review represents an opportunity for Canada to reaffirm its commitment to the Alliance and its allies.

Trump’s first NATO meeting promises to be very interesting. The American president was notoriously critical of NATO during his campaign, going as far as to call the Alliance ‘obsolete’. While he retracted this claim after taking office, his changing positions on NATO have left European leaders confused. Organizers of the meeting are also said to be bracing for his short attention span and brash style, which is ill-suited to a NATO meeting’s tradition of long diplomatic discussions. Such considerations have led NATO to condense the meeting to a single day, instead of the usual two-day summit format.

Like his American counterpart, newly-elected French president Emmanuel Macron will be attending his first NATO meeting this week. It will also be the first time Macron will meet face-to-face with Canadian Prime Minister Justin Trudeau and American President Trump. Macron and Trump are scheduled to meet over lunch in Brussels. This meeting with Trump is of particular interest, as Trump openly supported Macron’s far-right opponent, Marine Le Pen, whose protectionist policies and nationalist rhetoric were far more in line with his own views than Macron’s centrism. The NATO meeting itself also raises an important question for France’s defence spending and posture — with the resurgence of French military activism in the last few years, the armed forces have been stretched thin. In response to the current state of the overextended French military, Macron made the election promise to reach the Alliance’s 2% GDP spending threshold by 2025.

In recent years, Russia has extended its influence into Ukraine through its illegal annexation of Crimea, into Syria through its backing of the Assad regime, and into the Arctic with the expansion of polar military capability. Russia’s increasingly interventionist stances in these key geopolitical regions will likely be on the agenda at the upcoming meeting.

Current efforts to deter Russian aggression include the deployment of NATO multinational battlegroups to the Baltic states (Estonia, Latvia, and Lithuania), all of which are NATO members. This region is particularly vulnerable; analysts have suggested that, in the event of such military action, the Baltic states could be overwhelmed in less than 36 hours. Canada, along with other NATO members, is in the process of deploying battalions to the Baltic countries, recently sending 450 troops to Latvia. In the upcoming month, these Canadian soldiers will have to remain steadfast in the face of a massive Russian military exercise near the border involving approximately 100,000 troops. While the deployed NATO forces could be quickly overwhelmed and defeated in the initial stages of a Russian invasion, they act as a tripwire deterrence, which will engage the whole military Alliance when attacked.

5. Expanding counter-terrorism measures and the fight against ISIL

Counterterrorism and the ongoing fight against ISIL are also likely to be discussed at the NATO leaders meeting. The tragic bombings in Manchester, U.K. on Monday, for which ISIL has claimed responsibility, and which NATO has strongly condemned, will most likely be at the forefront of this discussion. Terrorism on the European continent is an increasingly pressing matter for NATO member states. France has been in a state of emergency since the attacks in Paris in November 2015, which killed 130 people. Aiming to protect its citizens from these unpredictable and heinous acts, the U.S. Department of State has issued a travel alert for Europe for the summer of 2017, a sign that the United States perceives the threat to be severe.

Unlike in Afghanistan, where NATO itself leads a mission, the 68-country Global Coalition to Defeat ISIL in Iraq is led by the U.S. NATO itself is not currently involved in this mission against ISIL, though it has supported its activities. As Trump seeks to take a more active role in fighting terrorism, leaders of different NATO member countries are likely to clash over how to deal with the threat. While President Trump has long taken a hard line position on fighting ISIL, other NATO members will likely be disinclined to become involved in a larger capacity. France and Germany are reportedly reluctant to take on a larger role, fearing a costly mission, worsened relationships with Arab countries, and confrontation with Syria’s Russian allies.