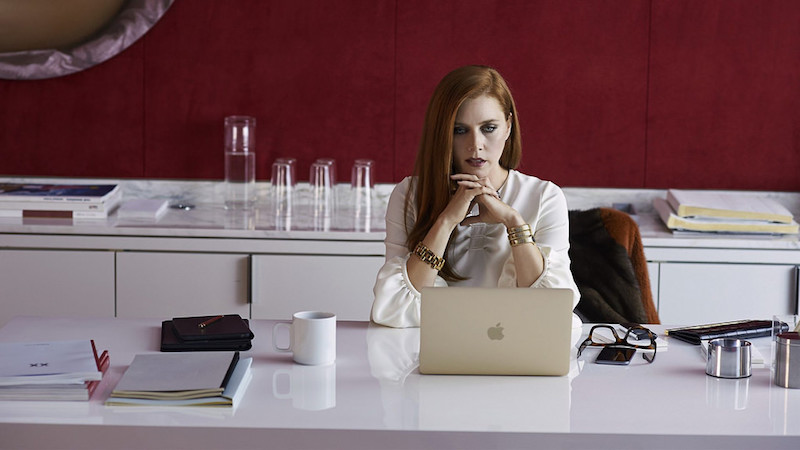 The 2016 film Nocturnal Animals, directed by Tom Ford and featuring Amy Adams and Jake Gyllenhaal, is a case in point. The film is a two-world story: one where Amy’s character reads her ex-husband’s (Jake) new novel dedicated to her, and the other that of the novel, where the protagonist, portrayed as Jake, takes his family on a holiday road trip, unfortunately crossing the paths of three lowlifes. He witnesses his wife and daughter being harassed, kidnapped, and later finds their raped and murdered bodies. The story was designed as a psychological thriller, and a message to Amy’s character following his painful divorce from her. The visual imagery is forcefully and brilliantly executed, and bares the true horror of sexual violence and its psychological effects. With almost no justice delivered for the victims in both scenarios, there is a sense of hopelessness throughout the movie – an appalling reminder of the lived reality of too many women and girls.

In Canada alone, an estimated 553,000 sexual assaults occurred in 2014; and SACHA states that out of 1000 assaults, only 33 will be reported to authorities, and an estimated 997 attackers are released without prosecution or penalty. Canada and the 27 other member states of NATO share similarly high numbers of horrific statistics regarding sexual assault on women and girls. According to the UNODC, the profit from human sex trafficking is estimated at 99 billion US dollars. Gender is an important focus of NATO’s cooperation with other international organizations – in particular the United Nations – and civil society. In 2004, Istanbul’s NATO Summit established a policy designed to tackle the issue of human trafficking, describing it as a ‘modern day trade that fuels corruption and organized crime.’

However, where NATO troops have been deployed, just as UN peacekeepers in 2003 Congo, accusations and investigations revealed the demeaning, gender insensitive behaviour of some of its soldiers, including cases of sexual assault.

While human trafficking is often across States, in Canada, according to the RCMP, the sex trade also exists within its borders with 94%, primarily targeting 13-15-year-old indigenous girls. Canada as a part of NATO should not only prioritize its commitment to gender equality and human rights values to prevent human trafficking, but also tackle as a matter of priority, the treatment, discrimination, and violence against women and girls from its own indigenous populations: ‘They are not a statistic. They are people. They are little girls.’

So, what are the changes being made to combat this issue? Several NATO member states have made new policies to respond to human rights violations and promote gender equality. In an attempt to prevent illegal actions carried out by its soldiers, one such measure is to court-martial soldiers who have paid for sexual services. Another important change is transforming the societal view and position of women in the world. Women and children in wartime have been, and continue to be, targeted for personal exploitation. And this was symbolically revealed in the film how the criminals’ interests exploited the two female victims and became another domestic violence statistic. What the film didn’t address was how women can overcome this traditional view, but there are many examples of women being empowered and contributing to security today. According to UNSC resolution 1325 and many others, NATO recognized the contribution women make to world security and peace-building operations. In reconstructing humanitarian programs, as well as civil management and military operations, women have for decades involved in raising awareness and promoting the position of women in the modern world. Women in military leadership roles defy previous or traditional views of being a housewife, as demonstrated for instance by valiant Kurdish women who defy cultural odds, formed the Women’s Protection Units (YPJ) and are fighting ISIS.

One of the subtler themes portrayed in the film was how the criminals all shared a common background in their intellect which affected how they interacted and viewed the victims. Education remains key to empowering women and girls. Preventing the potential for sexual violence at an early stage is essential according to several research studies. These studies mention that having early exposure to the problem can significantly change individuals and communities’ behaviour towards the issue. The fundamental principles of gender equality and human rights underpin the work of many organizations, United Nations agencies, and countries, including Canada. NATO and its allies can take strong measures to prevent sexual violence to reduce human rights violations against women and girls and contribute to achieving gender equality.