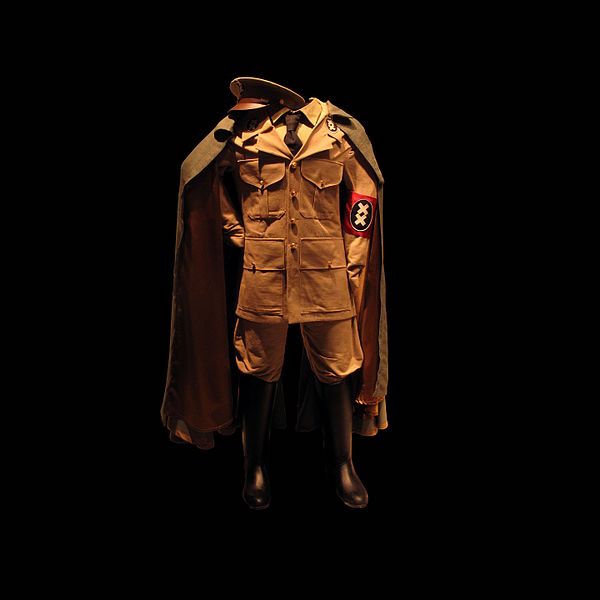 Movies can be captivating, entertaining and eye-opening. Among the most important speeches in cinematic history was delivered by Charlie Chaplin in The Great Dictator. Released on October 15, 1940, The Great Dictator featuring Charlie Chaplin is a fictional, satirical, political comedy based on the events leading up to the Second World War. The principles that Chaplin so clearly describes in this historic speech are those that are the foundations of democratic, free societies, and espoused in the core values of the establishment of NATO following the Second World War in 1949.  This speech and NATO share the vital importance of freedom, liberty, peace, security, and democracy within the rule of law.

In the finale speech, Chaplin highlights that for humans to sense grace and the tremendous possibilities that this world has to offer, the two core principles of freedom and liberty should be protected from the poisonous greed for power that corrupts men and drags them into being part of the grand-machinery of war. Being part of a heartless mechanical society can destroy the soul, and ones’ faith in mankind. By reaching out to soldiers and civilians alike, Chaplin clearly reveals that humans are the greatest source of destruction, but also the greatest hope for change. Liberty and freedoms have today been tarnished and brutally abused by terrorist organizations such as ISIS. As Anders Fogh Rasmussen stated, it is up to the NATO countries to continue to uphold the freedoms for their citizens, even though there will be costs, and as Chaplin declares, ‘but so long as men die, liberty will never perish’.

Another part of Chaplin’s speech raises awareness of the violence targeted at innocent and vulnerable populations during war time, when he states that ‘my voice is reaching millions throughout the world, millions of despairing women and children, victims of a system that makes men torture’. The film ends with Chaplin speaking to his loved ones to ‘look up’ so as to elevate humanity and see the skies as the chance of the better and brighter world. Chaplin elegantly revealed how countless generations are victims of tyranny, but the use of symbols like the sky shows a promise of hope. Safeguarding the human rights of the most vulnerable is again the hallmark of a democratic and free society. NATO in its missions and resolutions has created acts to protect women, children and minorities and to make sure they are safe in their societies.  NATO clearly looked to the skies as well, using a star as the symbol to unite the Atlantic community, a bright light for inspiring direction, and giving hope for those who know where to look.

Chaplin’s speech in The Great Dictator could not be more relevant today. War has been the key to the rise of dictators, democratic rulers failing to keep promises, and preventing the advancement of humanity. Chaplin’s last words emphasize the crucial place of democracy and how it allows diversity and valued thoughts that can transform the world. War may still exist, but so will those who will strive to ensure that democracy will win. NATO stands to protect her Member States and allies and ensure the values that Chaplin elaborated in his speech will continue to thrive within sovereign democratic rule. ‘You the people have the power…the power to create happiness…to make this life free and beautiful, make this life a wonderful adventure…in the name of democracy let us all unite!’. NATO clearly has an ambitious task to maintain these values. As an organization, working to link multicultural societies in a broad, consultative processes, NATO also supports speeches to communicate these ideals to the general public, and students of international relations, in order to promote awareness of its mission. In Tbilisi, Georgia, NATO’s Secretary General, Jens Stoltenberg recognized that the world had been divided ‘by armies, by walls, and by values’. In discussing the undemocratic nature of Russia and Georgia, Stoltenberg celebrated the achievements that the freedom and liberties of democracy had to offer and how it was a struggle to reach. NATO was founded alongside many other leading institutions and organizations, such as the United Nations (UN) and the International Committee of the Red Cross (ICRC), and is based on the principle that human rights and national sovereignty need to be protected. Canada, as leading Member State of NATO, has the honour of keeping this promise to ensure that a guaranteed quality of life is available to our citizens and allies. Chaplin shed some light on a particularly dark period of human history, and NATO continues along the ambitious, yet critical path of pursuing and securing freedom from dictators.