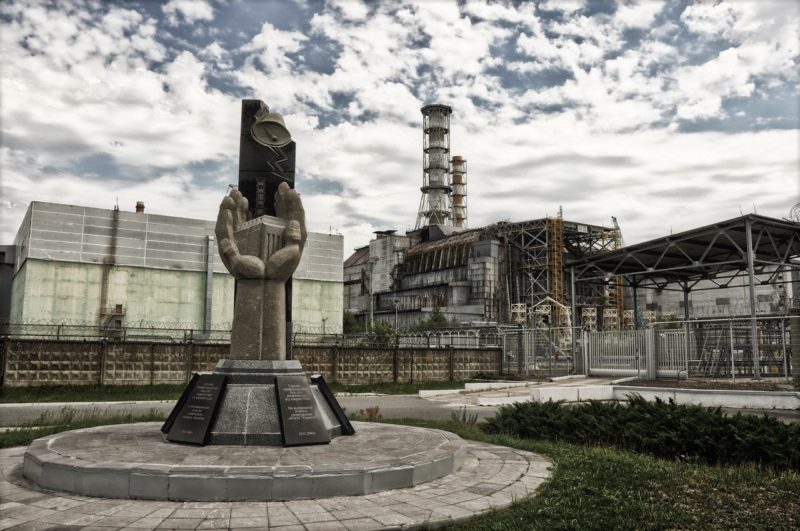 In a darkened room, Soviet officials study a video monitor anxiously. It displays the roofs of Chernobyl, which are littered with radioactive graphite that are the latest in a long series of complications faced in the effort to contain the seismic threat of the recent nuclear meltdown. Two of the roofs are relatively less irradiated, and can be cleared by Soviet “biorobots,” but the third is beyond the capabilities of the USSR. Fortunately, the Central Committee have found alternatives.

“‘Course not,” General Tarakanov scoffs, “It’s a German police robot, but West German so, as you can imagine, that wasn’t an easy conversation to have.”

These are the sorts of interactions that colour the world of “Chernobyl,” HBO’s recent miniseries detailing the events of the 1986 nuclear plant disaster. The five-part dramatic retelling has won immense praise during its run, with a 96% rating on Rotten Tomatoes and near-universal acclaim amongst critics. Unlike other motion pictures of its ilk, Craig Mazin’s series draws its tensions and terrors not from the exaggerated liberties of the horror genre but from a steady, unflinching recreation of the events that transpired at and around the nuclear reactor in Soviet Ukraine. Some of these scenes include depictions of the gruesome effects of intense nuclear radiation, both biologically and psychologically. But others, which are arguably what linger long after the television is switched off, are the frustratingly horrifying decisions made by the people in charge, be it the plant, the region, or the state itself. As with the biorobots, “Chernobyl” is the story of incredible resilience in the face of incredible mismanagement.

Denialism in the interest of self-preservation is present in the show from the get-go, as Chernobyl plant officials refuse to acknowledge the extent of the damage that occurs. In a particularly maddening scene, the man in charge of the plant insists on accepting a radiation reading of 3.6 R/h (roentgens per hour) “the equivalent of a chest X-ray,” blindly ignoring the fact that the dosimeter being used could only measure up to 3.6. A more accurate reading would have measured an estimate of 20,000 R/h in some areas, enough to kill a person within minutes. Were that not enough, acceptance of the initial dosimeter reading makes its way up to the top of the Soviet hierarchy, where General Secretary Gorbachev is barely convinced by Legasov, at great risk to his own life, to even consider the possibility of a threat.

The true scope of the disaster and the events surrounding it must be seen to be believed, which is why shows such as “Chernobyl” are so vital. The nuclear meltdown, which occurred 33 years ago, has understandably faded from memory, and the secrecy with which the USSR handled the crisis has certainly not helped matters. Yet in the details, both scientific and historical, Chernobyl provides valuable insights not just into how a nuclear reactor can go awry, but how a bureaucratic, political, and interpersonal rejection of the truth can lead not just to lies but to tragedy. “Chernobyl” is not a documentary, and so some artistic licenses are taken, be they for the sake of tension, plot, or, clarity. The geopolitical importance of its story, however, is in its depictions of the human actions taken that either caused or prevented mass destruction.

In terms of international politics, and in turn organizations such as NATO, “Chernobyl” shows the dangers of a state system that prizes competition and individual benefit over cooperation and partnership. Countless lives could have been saved had the USSR been fundamentally different in its relations with the outside world, or even if in the face of incalculable destruction it had chosen to temporarily seek aid. The aforementioned biorobots are just one such example – for, as it is revealed later in the episode, the West German robots’ wiring were immediately torn apart by radiation, meaning Soviet soldiers instead had to undertake almost certainly fatal trips up to the roofs to clear debris. International peace and information-sharing can lead to safer, better researched technological capabilities that are less likely to fail, and should they fail a state that exists within an alliance built on trust can rely on its fellow countries to contain the situation. The USSR political system was externally as well as internally cut off, secretive, and mistrustful, to the great detriment of the people of Ukraine and Belarus.

Even more broadly, however, “Chernobyl” can be viewed as a lesson on the importance of truth and diligence in a society. The events that transpired in 1986 were caused and heightened by the actions of people in positions of authority who acted selfishly. Some are overt, tangible villains, such as the operators in charge of the plant who pushed it far past the point of safety. Others are far more ephemeral. To blame a person for a tragedy is easy, but as this week’s finale proved, far harder is the task of confronting a system designed to prize the protection of the state over the protection of the people.

As with any real horror story, “Chernobyl” holds its share of heroes as well. From Valery Legasov, the physicist in charge of containing the disaster who sacrificed the remainder of his life to expose a flaw in the nuclear control rods that had been covered up by the state, to the scientists working with him represented by Ulana Khomyuk, an amalgam character, to the nameless soldiers, miners, and workers who struggled and died in the cleanup effort that occured. In addition, millions of people who were or were not involved with Chernobyl were nevertheless effected, due to the inaction and purposeful negligence of the state apparati. The story told contains tales of immense bravery and humanity, but the true tragedy is that those actions were required.

“Chernobyl”’s modern relevance is this: that a refusal to acknowledge reality, be it scientific or moral, for the purpose of political expediency will only ever result in disaster, the brunt of which will be borne largely by innocents. As Legasov states in his testimony, “Every lie we tell incurs a debt to the truth. Sooner or later that debt is paid.”

Photo: The square outside of Chernobyl reactor #4, via Pixabay. Licensed under Pixabay License.