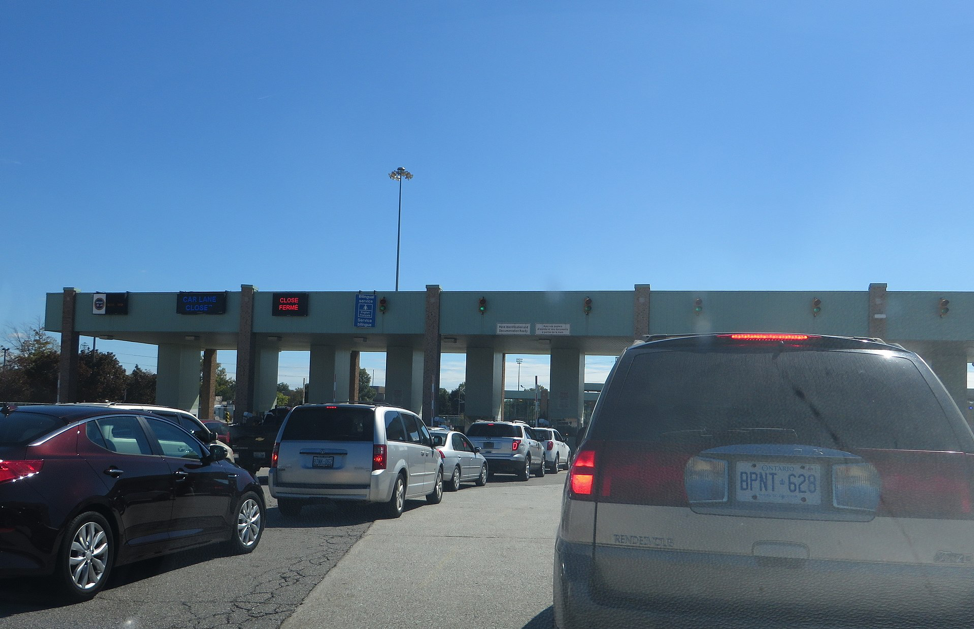 Public policy dealing with the way that the territorial borders of a state are managed has become a very explosive topic for many countries. Given sovereign right,  decisions regarding the permeability of a state’s border rest entirely with the state. It regulates what people, currency, goods, services, etc. are permitted to cross its borders in both directions based on national security, inter-state and trade relation concerns. In Canada, the enforcement of these regulations is operationally enacted by Canada Border Services Agency (CBSA). Enforcing border regulation is one essential element of safeguarding Canadian national security but, as a whole, doing this requires balancing individual rights with security, which can be quite contentious.

Between 2012 and 2015, the Vancouver-based television show Border Security: Canada’s Front Line filmed CBSA officers’ work in intercepting individuals and contraband in order to keep Canadians, Canadian labour markets, ecosystems, and public health safe and secure. In 2013, following the second of three seasons, major criticism of the show began following the March 13th CBSA raid of a Vancouver construction site. During the raid, Mexican national and deportee Oscar Mata Duran was reportedly found hiding, was apprehended, and subsequently interrogated. CBSA claimed that Duran verbally consented to the filming of his interrogation and also signed a Spanish-version form, which allowed the show to film his interactions with CBSA.

The British Columbia Civil Liberties Association (BCCLA), however, filed a complaint with the CBSA President and the federal Office of the Privacy Commissioner (OPC), claiming that the filming of Duran’s arrest and interrogation violated his privacy rights (sections 4 and 8 of the Privacy Act) in a way that threatened the security of vulnerable migrant workers. The grounds were that the means of securing consent were neither informed nor voluntary under the circumstances because the paperwork was completed after filming was done instead of before.

Six months later on June 18, 2015, the OPC issued its preliminary report regarding the BCCLA complaint, finding that their claim regarding Section 8 of the Privacy Act was well-founded and that Oscar Mata Duran did not give valid consent. Following the April 2016 OPC recommendations, CBSA confirmed that it would not be returning for a fourth season. Re-runs of seasons one through three continue to air on Global and DTour channels.

According to CBSA President John Ossowski, CBSA is considering renewing the show given the agency’s emphasis on the educational benefits associated with its participation. They see it as an effective means of communicating the border rules, which it is mandated to enforce, to both domestic and foreign audiences. Between November 30th and December 13th 2017, EKOS Research Associates – which was contracted to determine Canadians’ views on border management – conducted 2,310 telephone interviews with Canadian adults and also ran twelve focus groups in early 2018. Their report found that: first, when asked questions regarding the source of their knowledge of border management and crossing, 43% of people referenced the Border Security show; and second, that the show contributed to respondents’ appreciation for CBSA’s work. Also, since 2007 the percentage of Canadians who express awareness of CBSA and its activities has increased from 21% to 69%. Finally, in addition to the 11 million Canadians that the show has reached, it airs in over 50 other countries.

A second benefit of CBSA’s involvement in the show is increased accountability and professionalism of CBSA officers, and the agency as a whole, with regards to conduct and proper enforcement of more than 90 acts and regulations. As seen in the case of Oscar Mata Duran, failure to strictly follow procedure and protocol and any perceived mistreatment of individuals is publicly, and rightfully, criticized.

Concerns regarding CBSA’s participation in the show have to do with the treatment of the individual suspects and the perpetuation of negative sentiments. Groups such as BCCLA express concerns regarding exploitation, claiming that filming individuals in the vulnerable situation of dealing with federal law enforcement is dehumanizing and airing it for entertainment and profit is morally and socially reprehensible. Some also claim that this extends to further shaming of individuals due to their actions being televised. There is also potential for creating or supporting xenophobic and anti-immigrant sentiments in individuals and groups who may intentionally or unintentionally perpetuate overgeneralizations regarding migrants, and create a distorted perspective regarding the frequency of criminality in general (especially among marginalized groups and migrants).

CBSA has claimed that the show’s benefits have resulted in travelers being better informed about the process for declaring and importing goods, as well as other legal requirements at the border, but these claims are unsubstantiated. Former CBSA President Portelance highlighted the show’s relatively low cost, calling it good value for money. Clear benefits are associated with the show but renewing it will require: that the OPC be consulted; that the OPC receive a privacy impact assessment from CBSA; that this assessment is reviewed by the OPC; and that recommendations on implementation be made by the OPC. Done correctly, renewing Border Security: Canada’s Front Line withForce Four Entertainment or pursuing another similar reality television show would allow CBSA and Canada’s national security to capitalize on the educational, accountability, and professionalism-related benefits associated with the show, whilst minimizing adverse and potential adverse effects. Those who would seek to violate laws and regulations at the border could be deterred while those who might do so accidentally and be completely unaware can become more informed. Finally, instances of both proper procedure and mistreatment and improper procedure by officers could be used in educating and training current and future CBSA officers.