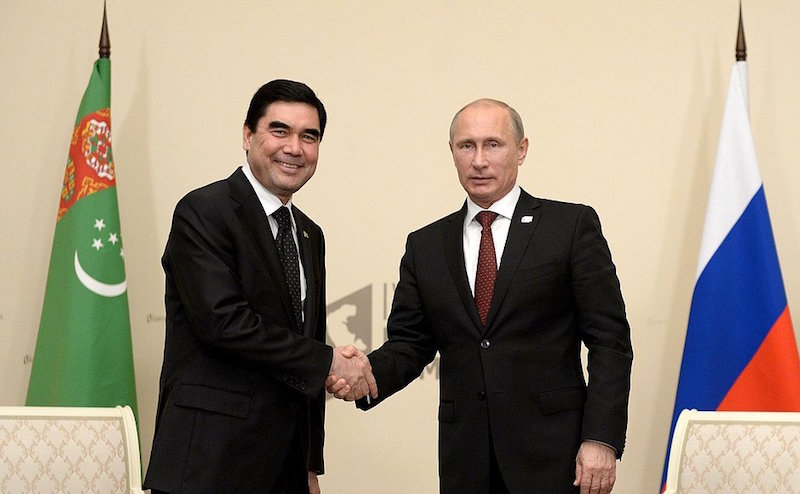 Turkmenistan is rarely mentioned in international relations discussions, and that is for good reason. The former Soviet dictatorship with ‘President for Life’ personality cults and eccentric laws, has pursued an official foreign policy steadfastly based upon permanent neutrality since 1995. As such, the Central Asian republic does not engage in any regional multi-national military organizations such as the Collective Security Treaty Organization (CSTO) or the Shanghai Cooperation Organization (SCO) although they can accept military aid. A doctrine of neutrality has resulted in aloofness towards both Russian and Western interests even in times of serious geopolitical questions. Nonetheless, there are signs that changes to the Central Asian state’s policy are unavoidable in the contemporary regional security situation.

In order to understand the peculiarity of the Turkmen policy of neutrality, their domestic political situation must be considered first. Turkmenistan is a unitary presidential republic with power tightly consolidated in the hands of the president and his inner circle. The rule of ‘President for Life’ Saparmurat Niyazov began in 1985 with his promotion to First Secretary of the Communist Party of the Turkmen Soviet Socialist Republic and ended at his death in 2006. Gurbanguly Berdymukhamedov became Niyazov’s successor and subsequently developed his own presidential cult of personality. Severe laws curbing expressions of anti-government sentiment, the punishment of political prisoners and a tightly controlled state media have resulted in a Turkmen society that does not bother to confront the entrenched system of power. A neutral foreign policy is suitable for such an internal situation as it prevents possible destabilizing cultural influence from foreign partners from entering into the narrative promoted by the government in Ashgabat. Dictatorships require a protective bubble to develop and remain stable.

While states have the jurisdiction to carefully manage their internal politics, engaging in foreign relations is much more complicated. Turkmenistan’s location means that it is surrounded by political insecurity and conflict. It shares a treacherous border with the northwest of Afghanistan, primarily the provinces of Faryab, Jawzjan and Balkh. There are legitimate concerns that low intensity conflict involving Afghan paramilitary groups as well as a proliferation of Taliban influence will extend across the Turkmen border. For example, in February 2014, there were reports that three Turkmen border guards were killed by Taliban militants in the province of Baghdis. Turkmenistan did not alter its foreign policy approach although the leadership in Ashgabat was well aware of the developments in Afghanistan. However, this is no longer the case as the Turkmen government has recently adopted a more proactive role in its relations with the neighbouring Afghan provinces.

Indications that the Turkmen policy of neutrality requires a contemporary re-examination occurred recently. In late June 2016, the government invited representatives from neighbouring Afghan provinces, border police, highway police and paramilitary commanders to Turkmenistan. Though the reasons for this visit are unknown, one can assume from the types of representatives that border security was a priority. It is logical that any state that once ignored other insecurities would react once threats to its border have reached an uncomfortable level. Further, Turkmenistan reached out to both the United States and Russia for military aid. Neither state has yet replied, but these developments demonstrate that the government in Ashgabat is aware that neutrality might not thrive in the modern security environment.

A more practical foreign relations ideology simply makes sense for Turkmenistan. Instability along borders shared with a state mired in terrorism and conflict is not a position to overlook. As well, the present internal complications inherent in Turkmen society need to be considered. The Russian recession and low global energy prices have stalled growth in Central Asian economies reliant on the earnings from the energy sector. President Berdymukhamedov recently completed sweeping economic reforms which include upcoming reductions to the state’s generous welfare system. While social upheaval and opposition is unexpected, there are fears it could happen though the current administration would be unqualified to strategically manage such a situation. It is apparent that for once the authorities in Ashgabat have a sense of fear for the current power structure and economy of their regime. An insecure external environment coupled with an unstable internal state of affairs is a combination ripe for political anxiety. A policy of neutrality and isolation is convenient only in times of utmost constancy, but leadership requires pro-active actions when a situation develops unfavorably. States, especially those with authoritarian qualities, require likeminded partnerships.

Even the smallest amendment to Turkmenistan’s foreign policy of neutrality suggests that negative dynamics are emerging in Central Asia. There is no doubt that President Berdymukhamedov will retain power and that the government apparatus in Ashgabat is secure. Nevertheless, Berdymukhamedov has become more aware that no state can reasonably thrive or manage security threats in a region of unstable government, underdevelopment and terrorism without being more involved in external relations. If Turkmenistan slowly peels away more layers of neutrality, it will become an important geopolitical location. News out of the region is gently reminding analysts that Central Asia requires devoted analysis more than ever in today’s challenging international security environment.