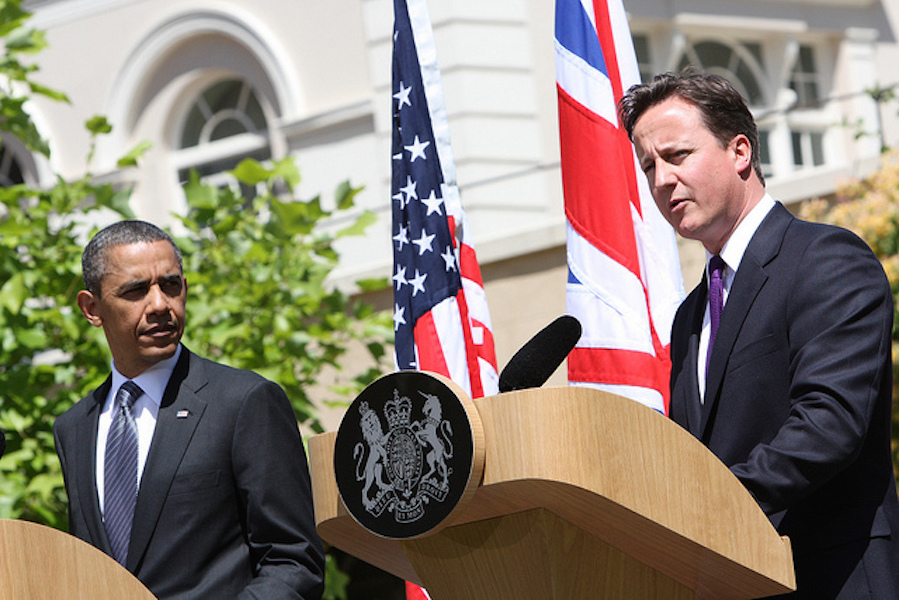 Setting aside the enormous economic challenges generated by the Brexit vote, the associated security consequences are no less concerning and have several implications—some direct, some indirect— for global security, and for NATO.

Britain’s separation from the EU raises several questions about intelligence sharing and border security, that pose a challenge to the integrity of the regime that works to keep Europe and the world safe. The negotiated departure from the EU doesn’t entail breaking from NATO, but it does formalize Britain’s stance as an inward looking nation, without the added obligation of collective EU security.

There are conflicting opinions on Brexit’s impact on British security. Theresa May, Britain’s Home Secretary, cited the European Arrest Warrant and access to intelligence databases, insisting that being in the EU made Britain “more secure from crime and terrorism.” Pauline Neville-Jones, a former national security adviser, said Brexit would weaken border control and police co-operation. Several top security officials share this opinion.

In the other direction, the consequences are clearer. Britain has been a lynchpin in maintaining and improving intra-European security and counter-terrorism efforts. Britain has one of the most far-reaching, advanced and strongest intelligence gathering institutions in Europe.  Last year 2,500 new cases of cross-border crime and terrorism were launched through Europol by the British authorities. Europol’s capabilities are likely to decline, and the quality of intelligence available in Europe is at risk of deteriorating if Brexit’s consequences spill over into security arrangements.

Proponents of Brexit argue otherwise. They argue that, for intelligence, the key institution is NATO and the key group is the “Five Eyes” linking Britain, America, Canada, Australia and New Zealand; and that it will be easy to replicate co-operation with Europe.

However, the ‘ease’ of replicating cooperation should be taken with healthy skepticism; Britain will find it harder to keep close foreign-policy and security links with those in the EU without the shared forum. More importantly, to preserve the integrity of the EU, it is possible the remaining countries will make Britain’s withdrawal negotiation and future cooperation difficult and intend to minimize benefits to Britain. The impact on intelligence sharing, and consequently on European security, will depend on two things: whether continued cooperation between NATO and Britain with European partners can be isolated from the political issues surrounding its exit, and whether joint operations can continue smoothly without integration.

An indirect but greater detriment from Brexit is towards NATO’s resistance to Russian efforts to undermine the Western-led order. NATO and the EU via EUCOM have been part of the complex web of institutions set up to maintain the Western led order of peace and stability, which have been under attack since.  Some of the recent challenges come from Putin’s relentless efforts to undermine NATO include invading Ukraine, funding right-wing groups in France and elsewhere, and weaponizing migration from Syria. European countries have struggled to remain united on a range of NATO issues and Britain’s dramatic exit signals to a degree the success Russia has had in straining European unity.

The break-up with Europe will make efforts to sanction Russia’s behavior anywhere from challenging to impossible, representing tangible and real benefits for Russia and a symbolic victory in exposing the fragility of the ‘Western Order.’ The list of challenges from Russia is long, and it is widely recognized that at their core is an underlying goal to weaken Europe. It is difficult to dismiss a referendum whose very name references the fragmentation of the European order.

China is also challenging the United States by expanding its control over the South China Sea. Now more than ever, the US needs a strong NATO, as do the Eastern European allies relying on its protection.

At best, the only impact on NATO will be the economic downfall of one of the only allies to contribute 2% of GDP to military spending. Britain’s economy could shrink up to 6 percent, draining funds that could go towards the defense budget in order to achieve the ambitious military expansion it has planned.  Military spending declined 8% between 2010 and 2015 due to major spending cutbacks across the budget. An economic downturn also challenges the UK’s ability to purchase defense items like the F-35 warplane, and its ability to field and maintain new aircraft carriers. NATO’s military capabilities would take a hit, making this ‘best-case’ scenario bleak. This disregards the larger potential issues surrounding the post-Brexit future of Scotland and its implications for London’s nuclear arsenal.

The greatest new security threat for NATO is an internal one. The referendum was a critical moment, and has the potential to signal the unravelling of the North-American, European institutional web that has structured international relations since the end of World War II. NATO has the opportunity, with the upcoming summit, to actively prevent that. Britain needs to be willing to remain involved with Europe on security issues, and other European allies need to be willing to separate the security alliance from the upcoming politicized withdrawal negotiations. Maintaining the integrity and unity of NATO became a difficult challenge and a top priority with the British vote. If there were any outstanding concerns about the relevance of NATO, it just became the main institution of European and Western unity.