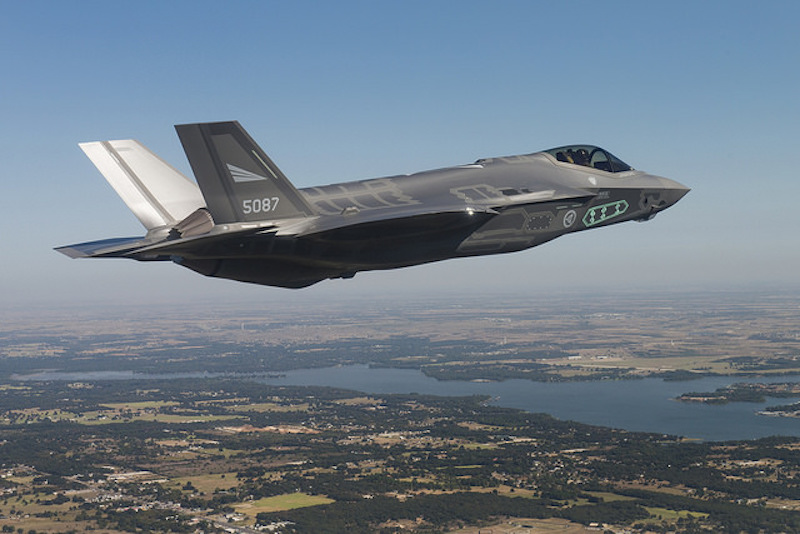 On July 6, 2016, Defence Minister Harjit Sajjan announced a plan that Ottawa is abandoning its stringent requirements that confined the government to purchasing F-35s. Developed by the Canadian Armed Forces (CAF) and Conservative government, this shift in Canada’s mandate could instigate a critical transformation within one of the most controversial procurement issues.

Sajjan stated that, “The requirements have to be changed, because right now, the requirements are pointing toward only one aircraft.” The Liberal government will now look towards the CAF to develop a new framework to fighter jet acquisition that will supposedly open Canada to more options that better fits the security needs of the country.

The new guidelines are set to be written over the next two months, after intensive consultation with Canadian allies such as the US, Britain, and Germany. The government has also pledged to enter talks with manufacturing companies to discuss, “acquisition and life-cycle costs, delivery schedules and estimated economic benefits for their respective aircraft.” Despite the optimistic timeline set by the Liberals to commit to rewriting the standards, Sajjan advised that the government still does not have a clear acquisition process to be used.

The Lockheed Martin F-35 has been the preferred fighter jet of the Conservative government, and the former guidelines had pigeonholed Canada into buying F-35s only that fighter jet alone. In contrast, the Boeing made Super Hornet has been presented as a lower cost, multi-disciplinary jet. Despite the competition, Lockheed Martin remains confident in its F-35, claiming that it can stand up to the competition brought forward by the Super Hornet.

However, this change in Canada’s procurement policies simply stalls the process of replacing the aging CF-18 fleet. The plane, which was originally purchased in the 1980s, were only meant to last for 20 years, and the Conservative government pledged $400 million dollars to keep the planes in flight until 2025. The consistent delay not only puts Royal Canadian Air Force (RCAF) pilots in danger with the increasing number of Canadians involved in missions, but it makes it clear that Canada must acquire new fighter jets now.

On the home front, there have been various disagreements over whether the single engine F-35 can be advantageously used in Canada. From rising doubts in its effectiveness in Northern exercises to the expensive acquisition costs that have come with the research and development of the jet, there have been criticisms against purchasing the F-35. Others claim that it is the only fifth generation fighter jet design that can meet Canada’s future defence needs, and will be interoperable with what many of its NATO allies are set to use as well.

Stalling the purchase of new fighter jets not only has repercussions for domestic engagements, but also for Canada’s international commitments. Most notably, Canada has been under pressure by both NATO and NORAD, for its inability to fulfill its responsibilities. But, as Canada leaves its procurement policy up in the air, the capabilities gap is beginning to grow larger within Canada and its allies abroad. Canada must look beyond reconciling its partisan disagreements over which fighter jet to purchase, and focus on implementing new technology to aid RCAF pilots in combatting global threats.

But, will new guidelines to procurement policy in Canada have implications on whether or not F-35s or Super Hornets are purchased?

Most likely not. Why?

Because the debate between F-35 and Super Hornet has transformed from a technical question of what the military needs into a battle of partisan rhetoric within the House of Commons.

Since the Conservatives pledged alongside its NATO allies to purchase 65 F-35s in July 2010, there has been substantial backlash from both the Liberals and the NDP over whether or not the financial expenditure is worthwhile. In both the 2011 and 2015 election, the continuation of the F-35 program was a defining feature of the political campaigns. The right wanted to pursue the project, and the left pushed to cancel it.

Now that the Liberals have been elected into a majority government, the future of F-35 acquisition remains unclear. First, the government could prolong the discussion of procurement into the next election cycle. This can be done by either committing to the upkeep costs of CF-18s, or by phasing them out in the short term by replacing older jets with Super Hornets, but still not rule out the F-35 as a viable long term option. Secondly, they could follow through on their election promise and commit to purchasing Super Hornets, regardless of the political implications it could bring from allies, and the legal risks incurred from backing out of a contract. Lastly, the Liberals could bite the bullet and commit to purchasing F-35s, despite this option is breaking their campaign promise.

Consistent arguments between parties have seemed to eliminate effective political discussion over fighter jet procurement. What needs to happen is for the government to take a critical stance on which jet, be it the F-35 or Super Hornet, can deliver the most substantial military capabilities per cost incurred. It is crucial for the government to take a step back from the political realm, and move towards acquiring the jet that can satisfy Canada’s defence needs now. Whether or not this shift comes from revised procurement requirements, it is imperative to stop postponing action that must happen urgently as the CF-18s are becoming more outdated.

If such change fails to take place, it seems that Canada could face some serious buyer’s remorse in years to come.

Photo: Test flight of an F-35. Courtesy of Forsvarsdepartementet CC 2.0.