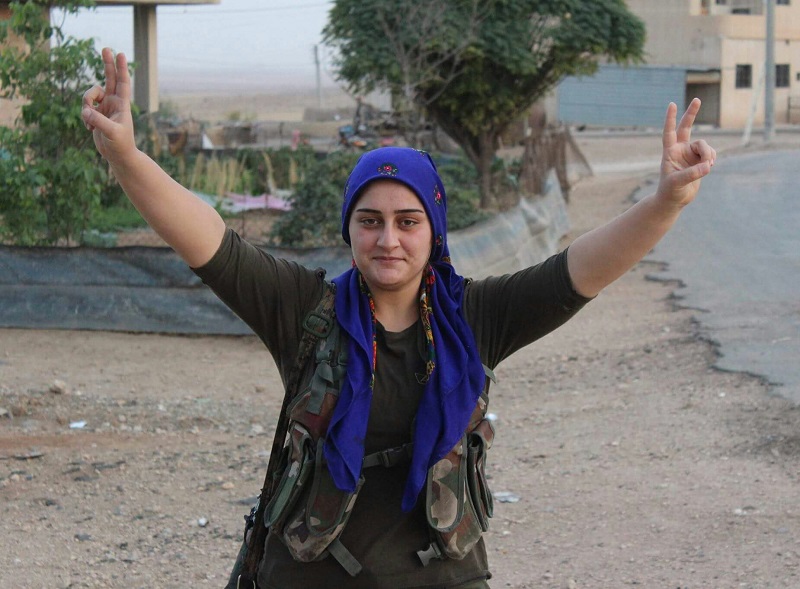 In today’s world, radical Islamic terrorism is an infamous form of terrorism that we have increasingly been exposed to; from the 9/11 bombings that claimed over 2000 lives to the horrendous and dehumanizing acts perpetrated by ISIS in the recent past, vivid images of terror remain in our minds.

However, through these events, we seldom see a gendered analysis of the different stakeholders in these crises. Predominant media coverage of these events seems to have created a divide in gender roles, with men at the forefront (occupying aggressive roles), while women remain in the background, at the mercy of the consequences of their male counterparts’ actions. This, however, is not always the case; therefore, this article presents a distinct review of the issue by exploring the different facets of one set of stakeholders: women.

Female victimization is one of the most prevalent forms of gendered representation in reporting terror/terrorist violence in affected regions. The atrocities committed against women in these regions are numerous. Apart from being displaced and forcefully sent out of their homes and familiar surroundings, some women have been kidnapped and subjected to dehumanizing conditions such as sex slavery, others have also been forced to carry out acts of terror under duress. In Syria, women have been raped and tortured in front of their family members, in Lebanon and Jordan some have been forced into sex slavery because of their vulnerability, and in Nigeria, kidnapped women have been forced to wear explosive devices.

When speaking of grassroots security enforcers in terrorist zones, it is easier to think of a “macho” man, decked in full military regalia, armed ‘to the teeth’ and ready to sacrifice his life in order to protect. Nonetheless, women have taken up different roles in the fight against terrorism on the one hand, and as part of radical Islamic insurgents on the other.

For instance, a few female hunters recently joined the Nigerian paramilitary force in Boko Haram-riddled northern Nigeria. This force consists of a coalition of members of the Army and willing members of the various communities to track and fight Boko Haram insurgents in the region. Women have been able to work successfully with the military and other men enlisted with them, to save several abducted women and children, and foil Boko Haram attacks. There are also examples of other women who joined the fight against ISIS in Kobani, to retain control of the communities. Other female informal security personnel working in zones affected by terrorist attacks are members of national armies, individual volunteers fighting for causes they believe in, and members of external coalition forces deployed to these regions for peacebuilding operations.

If imagining a female anti-terrorist fighter is uncommon compared to her male counterpart, then a voluntary female terrorist may be an even harder to imagine. We have been mainly exposed to representations of men involved in terrorist plots as opposed to women. Therefore, the involvement of women in terrorist organizations has been understated.

Although more men are actively involved in radical Islamic terrorism, there are still women who hold prominent roles in terrorist organizations. For instance, the terrorist attack on a Kenyan mall in 2013 was allegedly led by the notorious Samantha Lewthwaite, and the Moscow subway bombings were carried out by Dzhanet Abdullayeva. In fact, researchers recently claimed that female terrorists tend to have the stronger influence and longer lasting links in the terrorist organization ISIS.

Among other views in terrorism-related conflict, women are also community builders – a role which may seem more adaptable as it conforms to more traditional views of women. Women have taken part in peace negotiations with much success in the past and are currently encouraged to do more in these regions.

From local women’s rights advocator to community builder, women’s role in peace negotiations has yet to be fully recognized by all actors of society. However, with better representation and conscious effort, could there be hope for women in community building in the future?

Mary David-Decker serves as a Junior research Fellow for NATO Association of Canada. She graduated with a BA in Criminal Justice (Hons), with a minor in Psychology from the United States International University - Africa in Kenya. Key areas of study included international security and terrorism, criminal law, victimology, criminal justice administration and juvenile justice. She is also a Political Science graduate student at Memorial University of Newfoundland. Mary was exposed to multiple political unrests at an early age; and as a result, she developed a keen interest in conflict resolution, security studies, community development and public policy - hence her graduate degree choice.She is skilled in strategic organization planning, leadership development, training and facilitation, and private policy formulation. She also serves causes that promote educational empowerment and community development (especially in locations that have experienced political or religious crises). She hopes to start an NGO that addresses these issues soon. View all posts by Mary David-Decker →