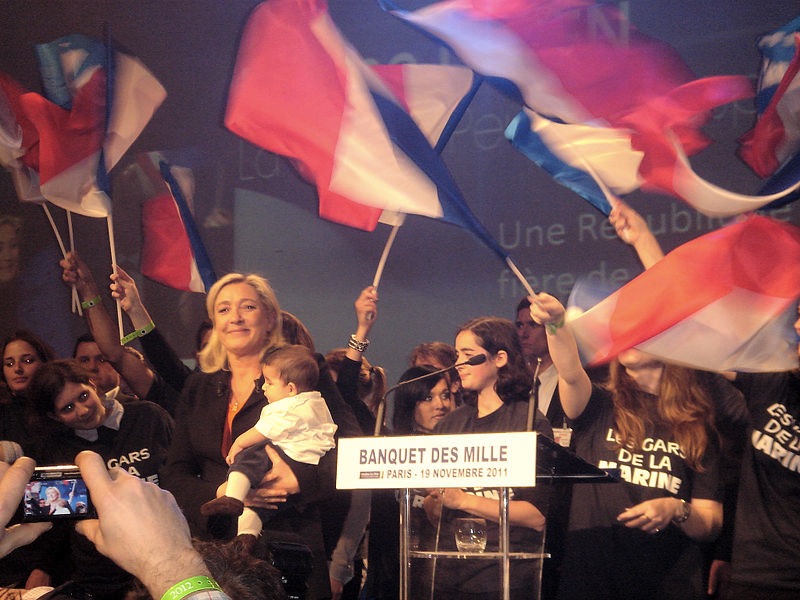 In June 2016, Norbert Hover of the far-right Freedom Party of Austria received 49 percent of the vote in the country’s presidential election. This is just one example of the surge in success of far right parties that has occurred over the last year. Several European countries, including Finland, Hungary, Latvia, and Lithuania, have seen record successes for right-wing movements. Alternative For Germany, the French Front National and UKIP are gathering unprecedented popularity. At a closer look, all these movements have a common denominator: they run on campaigns of populism, fear mongering, and the promise of change.

Consider Donald Trump’s notorious campaign slogan: “Make America Great Again”. The usage of the word “Again” implies that America has, at a point in history, been a great nation, but lost this status due to a series of circumstances for which incumbent political institutions should be held accountable. America must be put first; the power returned to the people. Highlighting the nation’s flaws, insisting that political opponents are solely responsible for them, promising radical change: these methods have proven to be extremely successful at gaining support for populist parties. Their rise is a backlash against the failures of prominent political institutions.

In Germany specifically, this phenomenon has been the most striking. Alternative for Germany (AfD) is a far-right anti-immigration group that capitalizes on fear mongering in opposition to Merkel’s generous acceptance of refugees. They pride themselves on standing up to the “politically correct elite”, and are considered toxic by all other German parties. The party currently has about 4,500 members in North-Rhine, Westphalia, and 9 seats in Germany’s 16 state parliaments. Merkel’s hopes for re-election rest on her ability to defend her party in the face of the growing support for right-wing policies. She has begun shifting her party away from the centre and towards the right of the political spectrum, most notably by announcing support for the proposed ban on the burka in December, and her admittance that the liberal acceptance of over a million refugees was a mistake.

On March 15, Netherlands will start a crucial election season that will determine the political climate of the nation. Over the last year, Geert Wilders, the leader of the Dutch far-right Freedom Party (PVV), gathered unprecedented support and became one of the nation’s chief political forces. Capitalising on far-right populism, his party continues to dominate the polls. PVV’s platform is driven by painting Islam as Netherlands’ chief enemy and a long list of grievances against the incumbent government. Disturbingly, in the last year, the growing support for the PVV was accompanied by a threefold rise in Islamophobic hate crimes in the Netherlands.

In Austria, Norbert Hofer of the anti-immigration Freedom Party became the front-runner after winning 31.5 percent of the vote in the first round of the nation’s presidential election in late April, 2016. He built his campaign on the promise to increase border security and limit opportunities for immigrants. In Poland, the right-wing Law and Justice Party experienced a surge in support in the 2015 election, winning 39 percent of the national vote. In France, the National Front runs on a campaign of increasingly protectionist economic policies proposing to significantly reduce the number of immigrants allowed into the country, and reduce social benefits for immigrants. In December, 2016, the National Front won the plurality of the national vote at 27 percent. Its leader, Marine Le Pen, is expected to become a prominent candidate in the 2017 presidential election. Many Western leaders are worried about the increasingly authoritarian rule in Hungary, as Viktor Orban and his far-right Fidesz party continue to gather support, having already won the nation’s last two elections. Among other things, the party’s platform includes holding a referendum on membership in the European Union.

There are common patterns in these examples. These parties are united by shared views on anti-immigration and protectionist policies, frustrations with the status quo and the constant promise of restructuring the nation’s government to return power to the citizens. Notice, also, the reoccurring words in the names of the populist parties. Most of them draw on the principles of justice, freedom and alternatives. These words hint that change in the political climate of Europe is long overdue, and that they promise to improve the living conditions for all citizens. Repetition and name recognition of these concepts is what creates robust support for far-right parties. The current geopolitical climate: with the migrant crisis, halted economic growth, and the growing mistrust of the European Union, create the perfect environment for the growth of “alternative” solutions. Populist politicians gather their support from just that: capitalising on the failures of incumbent leaders, turning the nation’s attention towards a common enemy, and proposing radical methods that will create long-needed change.

Photo: Presentation of the presidential program of Marine Le Pen, Banquet of the thousand, salle Equinoxe, Paris. (2012), by NdFrayssinet via Wikimedia Commons. Licensed under CC BY-SA 3.0.