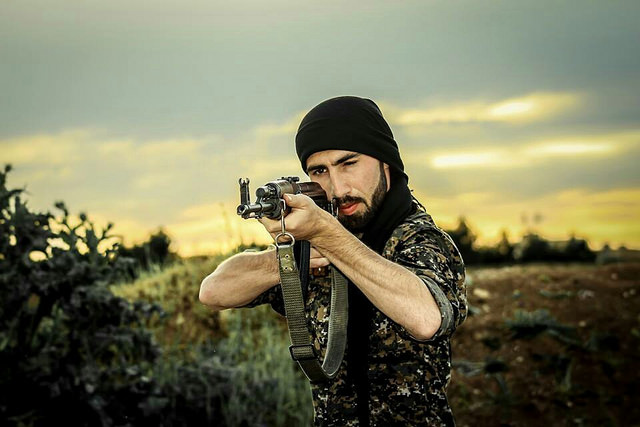 With over five years of bloodshed on all fronts of the Syrian civil war, and with no reasonable solution in sight, it is important to ask if separation of ethnic groups through partition is a feasible strategy to manage ethnic conflict, or is such an approach actually a conflict waiting to happen? Resolving the debate over conflict management solutions to the civil war is important not only for those who live in Syria torn apart by ethnic civil strife, but also to the policymakers of the international community who may seek intervention as a means to an end for such a war. As history shows from interventions, “parties start to seriously think about negotiations when they realize that no military victory is available.”

Considering the consequences associated with interventionism, the implementation of a political strategy entailing a de facto partition of Syria has been gaining considerable support. Politicians – particularly former US Secretary of State John Kerry – have come to view state partitioning as a best possible management tool to the situation in Syria. Although the implementation is controversial, as the partitioning of a state may be accompanied by an increase in violence, Syria may prove to be a deviant case in which a de facto partition is the most feasible option, if not the only option at this point in the conflict.

The most prominent voices in the partition debate, that are focused on the security dilemma that arises as a result of ethnic tensions, suggest that in order to achieve sustainable peace, ethnic factions must be completely partitioned into separate cantons under a federal state framework. Fairly recent “[e]mpirical evidence has supported the ethnic security dilemma, with case studies and cross-national results demonstrating consistently that partitions that separate ethnic groups maintain peace for at least five years.” A comprehensive empirical study conducted in 2007, which reanalyzed data of all civil wars from 1945 to 1999, suggests that de jure partitions – meaning complete separation from one state into an independent state – has a strong pacifying effect after a civil war.

However, the current situation in Syria, in which President Assad shows no indication of devolving power, suggests that the complete secession – de jure partition – of three cantons from Syria is not feasible at this point. Rather, it would appear that the most viable alternative to the violent re-establishment of Alawite hegemony in Syria is a de facto partitioning of the state, which would result “in autonomous centralized cantons under a weak federal government.” In that case, the right model to be implemented in Syria is neither one that resembles such attempted in Afghanistan, nor Iraq, nor Libya, but rather that of Bosnia.

Surely, it is far from being a perfect model, but it nonetheless is where NATO, along with Syria must start. We only need to look back “two decades ago [where] we watched similar killing take place in Bosnia for a couple of years until international outrage and battlefield dynamics converged to make a solution possible. NATO finally bombed Slobodan Milosevic’s Serbian militias, then pushed him toward a peace deal that created a ‘soft partition’ of the country.” By all means, it was not a flawless outcome. But nearly two decades later, Serbs, Muslims, and Croats in Bosnia have not gone back to war. It is the belief that like the Dayton Accords, “A similar international peace process – bringing people around an idea… is what the situation in Syria demands. When Syrians know what the outcome will be, they will stop fighting and reach a settlement, because no one wants to be the last to die in a civil war.”

…partitioning Syria is not a means to an end in addressing the civil war, but rather a strategy to be utilized in mitigating the atrocities.

Syria, however, is not divided neatly into easily identifiable ethno-sectarian cantons. Prior to the onset of the civil war the division of Syria as it stood entailed provinces that were not homogenous. However, according to ethnic demographic data compiled by the RAND Corporation, with the enduring civil war, it is observed “that like Iraq… the refugees fleeing the fighting congregate in their ethnic enclaves, eventually creating ethnically-cleansed regions” Noting this occurrence, James Stavridis, former NATO Supreme Allied Commander Europe, proposes that the partition of Syria into three cantons would “include an Alawite region around Damascus [in the northwest]… ruled by the Assad regime…. It would also have a central portion that hopefully over time would be run by a moderate Sunni regime, obviously after subduing the Islamic State and various al Qaeda factions. Finally and most controversially… a Kurdish enclave in the [northeast].”

Partitioning Syria along identifiable demographics is the most feasible solution because “the more intermixed the pattern of settlement of the hostile populations, the greater the opportunities for offense by either side; and it becomes more difficult to design effective measures for community defense except by going on the offensive preemptively to ‘cleanse’ mixed areas of members of the enemy group and create ethnically reliable, defensible enclaves.” As such, the current security dilemma unfolding in Syria suggests that the conflict is unresolvable. The process of federalization and devolution of power that would result in de facto partition of Syria would, with time, allow for the opposing parties of the civil war to establish a peace agreement – similar to Bosnia’s Dayton Accords – and then, under a federal framework focus its abilities to waging war on ISIS.

Critics will contest the proposed claim for partitioning of Syria by arguing that such a conflict management strategy generally does not reduce suffering and death, but actually increases them. However, a study conducted by Chapman and Roeder analyzing 72 nationalist civil wars between 1945 and 2002 demonstrates that states accepting de facto partition experienced a resumption of violence within two years only at a rate of 50 percent, and all 72 cases of civil war were more likely to see a rise in the level of democracy post-conflict. This would suggest that the de facto partition of Syria could be utilized with “good effect to move warring parties to opposite sides of the battle space. For a population that is already almost 50 percent displaced, frankly, there is not much to lose.”

Although the world watches the Syrian crisis in a stunned silence, is it fair to ask what could or should be done that is not being done already? At times, even the best policies will conjure up failures, as every strategy is dictated by context – the current realities on the ground. Thus, partitioning Syria is not a means to an end in addressing the civil war, but rather a strategy to be utilized in mitigating the atrocities. We ought not to pretend that there is a simple way forward in Syria without seriously considering the significant risks and costs to both Syria itself, and to the international order. If, however, “all options that could save Syria are ignored and the country is abandoned to the chaos of sectarian provocations, regional tensions, and international interests, Syria will be yet another mirror of the failure of the international order.” Certainly, the true strength and effectiveness of the NATO Alliance is being tested today, and as a result, it will have to closely evaluate its approach to Syria. NATO might well be able to utilize its diplomatic power to effectively achieve a partition of Syria, but once committed to such a mission, will it be prepared to see the inevitable bloodshed through, and thus solidify an end to the civil war?

It would appear then that “the Syrian crisis has become a Gordian knot that cannot be easily disentangled. As daunting as the crisis looks, there is a cost to inaction – in human suffering, regional instability and damage to America’s global standing.” Thus, NATO must work towards the stabilization of the Assad regime and pursue a negotiated political settlement that brings about the de facto partitioning of Syria. Once this has been achieved, NATO could potentially secure its objective of not only mitigating the hostility of the civil war, but it would also make it feasible for refocusing its efforts to degrading ISIS. This strategy “does not mean allying with Assad or treating him as a partner but rather putting the goal of ending the fighting before the goal of toppling Syria’s government.” If a negotiated political settlement can be reached, then there may be some hope left for Syria. If not, then it may be the case that the fall of Syria will continue following in the path of Libya and Iraq, where bloody civil wars continue to devastate its people.