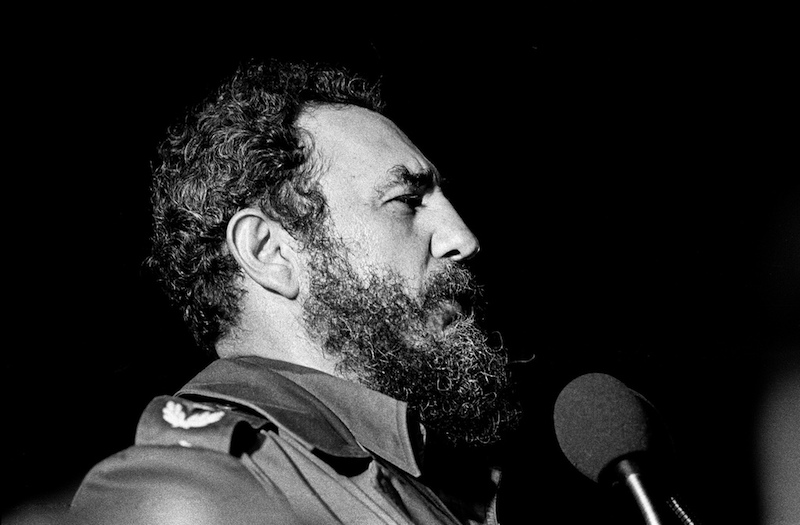 Former Cuban leader Fidel Castro passed away on November 25 2016, prompting a major international reaction including one from Prime Minister Justin Trudeau. Trudeau posted a statement on Castro, naming him “larger than life” and a “remarkable leader”. He received backlash over his comments: Conservative leader Rona Ambrose stated Trudeau was ignoring the thousands of Cubans who were oppressed under his brutal regime and US Senator Marco Rubio called the comments “shameful and embarrassing”. This backlash prevented Trudeau from attending Castro’s funeral.

While the statement proved to be controversial, it is true that Justin Trudeau had a personal connection with Castro because of his father, Pierre Elliot Trudeau. Pierre was friends with Fidel Castro, with Castro even attending Pierre’s funeral in 2000. In the midst of the Cold War in the 1970s, Trudeau fostered a relationship with the ‘other side’ which greatly affected Cuban-Canadian relations, and continue to shape them to this day.

The Castro-Trudeau Alliance: The Visit in 1976

Diplomatic relations with Cuba were established in 1945 after World War II, and continued after the Cuban Revolution in 1959. While the United States and Cuba halted relations in 1961, the relationship between Canada and Cuba stayed stagnant during the Cold War period and deepened when Trudeau came to power. In 1976, Pierre Elliot Trudeau was the first NATO leader to visit Cuba during Castro’s regime. The “Three Nights in Havana” that he spent in Cuba ensured that Castro and Trudeau would stay lifelong friends. The reasoning behind Trudeau’s visit was to understand the “nominal Cold War enemy” and to limit the tensions between NATO and Cuba.

The trip was considered one of the more unusual moves by Trudeau, but Castro’s grand gestures to welcome him solidified his intent to remain allied with the nation. Trudeau and his family were cheered by a large crowd of over 250 000 citizens and Castro warmly welcomed them in Havana. They spent the three days discussing and arguing their stances in the Cold War. In the end of the visit, Trudeau proudly proclaimed “Long live Prime Minister Fidel Castro!” in a speech to the Cuban population. Historian Robert Wright, the author of Three Nights in Havana, stated that by the end of the visit Castro looked up to Trudeau as a mentor.

However, Trudeau received heavy criticism for his visit to Cuba, especially since the other NATO allies had a hostile relationship with Cuba at the time. Detractors in Canada considered Trudeau to be cooperating with the enemy, and that he was lending legitimacy to an autocratic regime. This did not dissuade the leader as Canada and Cuba did not break relations during the Cold War.

The pair stayed lifelong friends until Trudeau’s death in 2000. Castro attended his funeral in 2000 and was an honorary pallbearer. In a recorded interview with CBC, Castro named him “one of the most sincere men I have ever known, friendly and modest in this treatment of people”.  Castro’s approval of Trudeau promoted Canadian-Cuban cooperation especially amid tense negotiations between the United States and Cuba.

In the Present: Justin Trudeau’s Visit to Cuba

Justin Trudeau visited Cuba in 2016 to discuss Canadian-Cuban relations with Raul Castro. This was his fourth trip after three personal trips with his family. Many reporters drew parallels to his trip with his father’s in 1976, but instead of discussions on Marxism versus liberalism, Trudeau focused on topics such as climate change and gender equality. Fidel Castro also declined to visit Justin Trudeau. The visit to Cuba was based on strengthening bilateral relations and discuss social and economic development rather than continue personal connections. The visit also marked the 71st year of diplomatic relations between the two countries.

Both countries have benefited enormously from the partnership, with Cuba being the top Canadian market in Central America and the Caribbean, and Canada implementing a public advocacy program in Cuba to increase Canadian affairs in the country. While the relationship between the two countries is controversial due to the questionable nature of Cuban government, it is undeniable that the Trudeau-Castro friendship marked the open nature of Canadian bilateral cooperation.