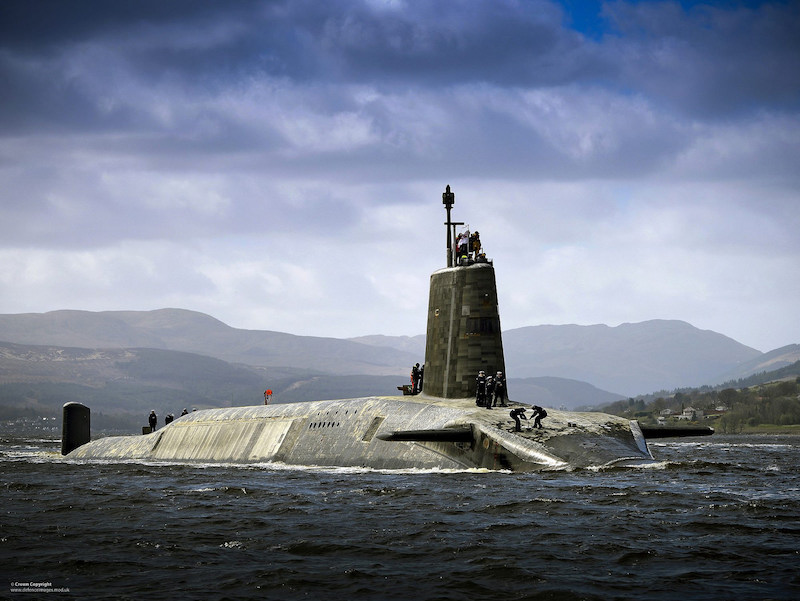 The signing of Article 50 by UK Prime Minister Theresa May on March 29 to take the UK out of the EU has reinvigorated discussion over Scottish independence.

While the majority of the UK voted to leave the EU, Scotland overwhelmingly voted to stay. In response to the signing of Article 50, the Scottish parliament, controlled by the Scottish National Party (SNP), voted to hold a second referendum on Scottish independence for 2019, after the UK has left the EU. It is difficult to predict whether such a referendum would result in Scottish independence, as current polling indicates that a majority are opposed to it, but should Brexit slow down the UK’s economy, Scottish opinion of independence may become more favourable.

With Russian posturing in Eastern Europe and the threat of Islamic extremism, Scottish independence may appear a distant concern to NATO. However, independence poses two important challenges to the Alliance. First, gaining independence in Scotland would make it a first for secession within a NATO member country. How NATO responds will set precedent for dealing with secession in other countries. Second, the location of the UK’s nuclear arsenal at the Clyde Naval Base in Scotland poses serious questions regarding what will happen to these weapons if Scotland became independent. The SNP has committed to ensuring that an independent Scotland would be nuclear free, yet with no other military bases in the UK capable of holding nuclear weapons, there is the question of how these weapons can be moved. Should moving the nuclear arsenal prove difficult then Scotland, under pressure from its anti-nuclear public, may decide to unilaterally dismantle it. With one-third of nuclear weapons situated in Europe, dismantling the UK’s nuclear arsenal would undermine NATO’s nuclear deterrent.

If Scotland becomes independent, NATO should make clear that membership would be open but not automatic. However, the SNP has suggested that since pre-independence Scotland was part of the UK, and thus part of NATO, post-independence Scotland, as a successor state, should not have to reapply for membership. This is unlikely to happen for two reasons. First, in order to be a member of the Alliance, certain requirements must be met. Under NATO’s Membership Action Plan, a state must have “the ability of aspiring countries to contribute militarily to collective defence and to the Alliance’s new missions and their willingness to commit to gradual improvements in their military capabilities”. A newly independent Scotland would likely have difficulty initially developing a national military due to constitutional issues surrounding the separation of the armed forces from the rest of the UK, whether personnel in Scotland could remain part of the British military, and the long period of time needed to develop military bases able to provide sufficient training. Second, making Scottish membership automatic could set a precedent that would undermine the security of the Alliance. Numerous members of the Alliance have active secessionist movements, such as Quebec in Canada, Veneto in Italy, and Catalonia in Spain. Should these movements become successful and a precedent set for newly formed secessionist states to automatically join the Alliance, originating states may, as an act of protest, leave the Alliance if they feel that the cost of national unity outweighs the benefits of security. Such a scenario has occurred before: in 1984, Morocco left the African Union when it allowed Western Sahara, which sought independence from Morocco, to join. Were such a scenario to occur for NATO, it would deprive the Alliance of members that are crucial to ensuring collective security.

While accession should not be automatic, NATO should leave the door open for Scotland and allow it to join once it meets all the necessary requirements for accession. Scottish membership is important to the security of NATO for two reasons. First, Scottish membership in the Alliance would ensure the continuation of the nuclear deterrent. In order to remove the nuclear arsenal, Scotland has to either dismantle them or agree with the UK to move them; the more difficult it is to move, the more likely Scotland is to choose the latter strategy. Should Scotland become a member of NATO, NATO could assist with moving the nuclear arsenal through the nuclear sharing agreement, where states such as Belgium, Germany, and Italy that do not possess nuclear weapons, allow countries that possess them to station them in their country. Such countries could hold onto the UK’s nuclear arsenal until the UK develops another military base to take them back. Alternatively, the prospect of membership could also be used as a bargaining chip. NATO membership could ensure the continuation of the UK’s nuclear deterrent through an understanding that if Scotland dismantles the nuclear arsenal, the UK will block Scotland’s accession into NATO.

Second, Scotland occupies a unique geographic position that is critical to the security of Europe. Its location on the North Sea makes it crucial for monitoring Russian naval activity. The North Sea is the point of exit for Russian vessels leaving St. Petersburg and Kaliningrad from the Baltic Sea, and leaving Murmansk from the Arctic Ocean — a route that Russia has been increasingly using in order to resupply its military base in the Syrian coastal city of Tartus. Monitoring such activity is necessary for gathering intelligence and ensuring readiness in the event of a surprise attack.

While NATO membership should not be automatic, the benefits of Scotland’s accession into NATO are clear. Scotland can enhance the security of the Alliance through ensuring the continuation of the UK’s nuclear deterrent and through the monitoring of Russian naval activity in the North Sea.