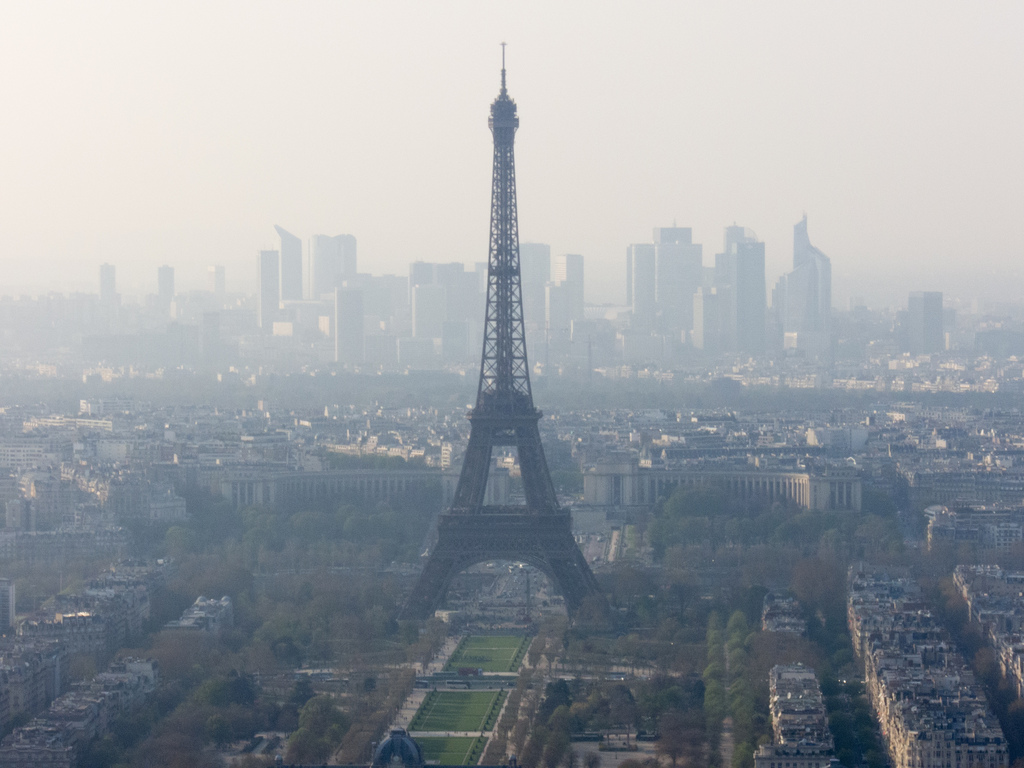 Last Friday November 13, 2015 marked a terrible night for France. Residents of Paris and citizens around the world turned their attention to something horrific. At 9pm on Friday night, a series of attacks were launched in Paris, killing over 100 people and injuring several others. At 9:20pm, three explosions were heard at the Stade de France Stadium at a soccer match between France and Germany. President Francois Hollande was present and quickly left the stadium. It has been reported that four people were killed and two of them were suicide bombers who were wearing vests. Shortly after the attacks in Stade de France Stadium, gunmen opened fire at a resto-bar Le Carillon. They also attacked a Cambodian restaurant, Petit Cambodge. As a result, fourteen people were killed in the stadium. Just a few hundred meters away, gunmen opened fire at La Casa Nostra, a pizzeria on de-la Fonteine-au roi Street, killing a total of five people. By 9:45pm on Friday night, four attackers had entered the Bataclan Concert Hall on Voltaire Boulevard – they opened fire and it resulted in the death of 87 people. In total there were three attacks in a short amount of time within the city of Paris. Shortly thereafter, President Francois Hollande placed France under a state of emergency and had subsequently placed controls on land borders. This is a significant step as France has always kept open borders to countries within the EU.

Paris is now on a heightened security footing for this is not the first domestic attack it has faced. With the recent Charlie Hebdo attacks in January 2015, France has already had a traumatic year. When the distant clashes of distant lands find their way into one of the centres of progressive and orderly society, the world’s attention peaks. ISIS has claimed responsibility for all attacks in Paris and attacks earlier this week in Beirut, Lebanon.

On Thursday November 12, 2015, Beirut faced the most violent bombings since the end of the 1990 civil war. Two blasts took place in a busy shopping street, injuring 200 people. The first explosion took place outside a Shia Mosque and the second inside a bakery. A third bomber failed to detonate and was found at the scene of the second blast. Once again, ISIS claimed responsibility. In the wake of this attack, US Secretary of State John Kerry has urged countries attending the Syrian peace talks to not allow these events to affect diplomatic discussions as he stated to all parties “not to dig in their heels so that the bleeding can stop.” The actions in Beirut were not dissimilar to those in Paris. Both attacks are rooted in the fanatical rhetoric and disdainful campaign of ISIS. Clearly, this is not an issue of Western vs. Eastern security; it is an issue of global security. Additionally, the victims of these attacks are not of specific nationality either, the attacks are consumed in blatant hatred of humanity, this concerns everyone. Having said this, the next question the world asks its leaders is what do we do now? France has already taken action. Two days after that dreadful night, on Sunday November 15, a massive air campaign against ISIS camps has been undertaken. Over 200 bombs have been dropped so far in ISIS strongholds in Syria. Additionally, a united effort has been taken to ensure greater international security and a clamping down on ISIS supporters. Belgian officials have made arrests of suspects in the planning of the Paris attacks. Canadian Prime Minister, Justin Trudeau has offered Canada’s full support for Paris, as has the United States.

Canada and France have very strong ties. In fact, France was one of the first to arrive from Europe to create lasting settlements in Canada. French also remains one of Canada’s official languages and has a deep influence on Canadian culture and identity. The attacks in Paris have not only shocked Canadians, it has reminded us of our historical legacy and relationship. Shortly after the Paris attacks, Prime Minister Justin Trudeau arrived in Turkey, Saturday morning for the G20 Summit. These attacks have now overshadowed the economic discussions being held at the G20 summit and put to question Canada’s next step in their support for France. Trudeau’s foreign policy agenda is now in the spotlight, especially a key question asked by his allies – his decision to withdraw Canada’s six CF-18 fighter jets from the US coalition against militants in Iraq and Syria. Canada has also committed to handling more Syrian refugees and hopes to speak with Turkish President Erdogan in regards to this issue. Prime Minister Trudeau is allowing 25,000 Syrian refugees into Canada by the end of the year. While there is a threat of ISIS members slipping through the cracks, Trudeau has claimed that integration will not be a problem for Canada, as he said “On the Syrian refugee crisis and the refugee crisis at large, I am pleased to say that Canada has tremendous examples of having integrated people fleeing for their lives from very difficult situations to become not only citizens but active contributors to Canada’s success.” The next few days will be a media storm of issues in regards to domestic terrorism, the handling of refugees and border security. It is important that the world deal with such issues gracefully, consciously and efficiently for it will go down in history and shape our future.