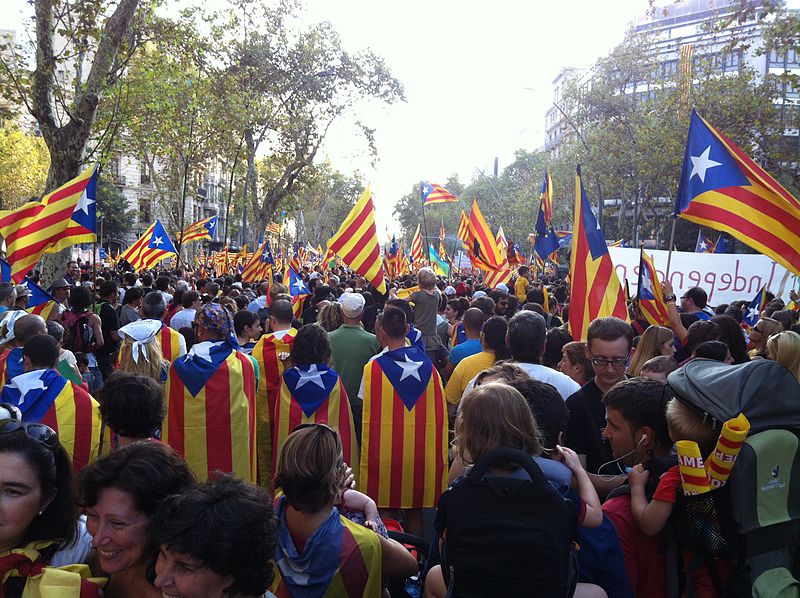 Separatists in Catalonia are one step closer to achieving independence with the regional parliament passing a resolution that begins the process of separating Catalan government institutions from Spanish institutions in a vote that was in favour 72-63. The motion was part of a ruling that pushes for independence by 2017 and comes shortly after the Catalan regional elections which saw a separatist majority win with 48% of the vote.

Such moves for Catalonian independence are of huge concern to the Spanish government considering the strength and size of the Catalan economy compared to the rest of the country and could spell further economic instability for Spain. The north-eastern region houses roughly 16% of Spain´s population and produces 18.82% of the national gross domestic product (GDP) making it an economic powerhouse. Catalonia is a crucial industrial and financial centre for the country with over half the economy based on manufacturing and market-related production service. It is also home to a large number of technology based industries. Barcelona is also a centre for art, design, culture and tourism, receiving around 25% of the tourists arriving in Spain. Regional government estimates show that Catalonia represents 25% of Spanish exports while accounting for 23% of industrial activity in the country. As well, Catalonia is a major source of innovation and development within the country as it absorbs almost 20% of foreign direct investment (FDI) and has over 6500 firms in operation.

The region has traditionally punched well above its weight in terms of the economic contributions and has continued to outperform much of the country. According to the Organization for Economic Cooperation and Development (OECD) estimates, if the region were to separate from the rest of Spain it would have a GDP of US$314 billion making it the 34th largest economy in the world with a GDP per capita of US$35, 000 making it wealthier than countries like Italy, South Korea or Israel. The unemployment rate in Catalonia has also been consistently lower than the rest of the country with its being currently at 19% compared to 21% nationally. Catalonia´s relative economic prosperity compared to Spain has been the catalyst for the independence movement, with many Catalans seeing themselves as taking on a disproportionate and unjust amount of contribution to the state and being unable to enjoy the fruits of their own successes.

Catalans face higher taxation and despite its near 20% contribution to Spanish government revenue receives only 14% of state spending. The Spanish Budget Ministry estimates the region transfers €8.5 billion per annum to the rest of Spain. Ironically, Catalans have to borrow in order to sustain the regional government´s projects despite 10% of Catalonia´s GDP going towards supporting other regions of Spain. The Catalan government started issuing bonds to its citizens to find an internal solution to its budget shortfalls. The argument of Spain’s being a burden on Catalonia´s wealth has driven the increase in support for succession. However, the argument is a two-way street with Spain being an integral part of the Catalan economy.

If Catalonia ever did separate, the Catalan government would be responsible for funding new government institutions, the armed forces, and taking over the budget of existing government programs such as tax collection, pension payments and funding federal employees. Another major challenge for an independent Catalonia would be to renegotiate its trade terms with Spain and the European Union (EU). Roughly 75% of Catalonian exports go to these two trading partners and if Catalonia secedes it will no longer be a member of the EU and will consequently be subject to high tariffs from other EU states, making its goods less competitive in the European market. There is also the risk of capital flight as a result of the economic uncertainties of newly formed states with investors potentially looking elsewhere for more stable future outlooks. Estimates put €20 billion of FDI at risk of leaving the country and firms might follow suit if their sources of funding dry up.

With the recent political momentum of the independence movement, it is clear that the Spanish government must do more than to voice its political opposition in order to find a progressive and more stable solution to address the political and economic needs of both parties. Catalan and Spanish dealings with the matter will be crucial to the economic recovery of both from a long recession, and political instability will only weaken their respective economies further.