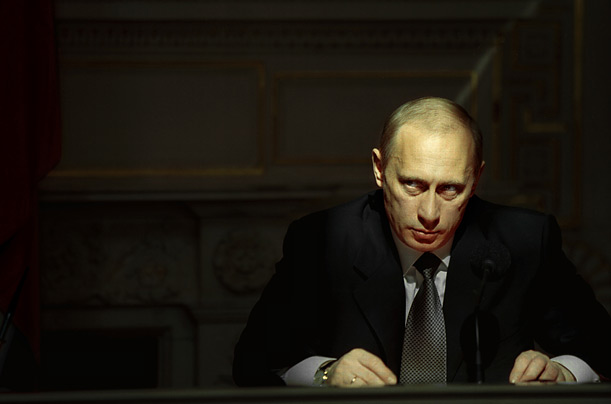 NATO Secretary General Jens Stoltenberg announced recently the strengthening of the Alliance’s defense and deterrence specifically in Eastern Europe. Russia’s aggressive foreign policy, with its annexation of Crimea, its interference in Eastern Ukraine, and its military operations in Syria, has consistently posed a threat to NATO, one that cannot be ignored.

How can the Alliance deter Russia?

Aleksi Korpela: Nothing Mysterious is Required

The objective of deterrence is to prevent someone from doing something they might otherwise do. While Russia’s intentions are ultimately uncertain, threats leveled against states such as Estonia, Latvia, and Lithuania should not be dismissed as mere rhetoric. So what can NATO do to deter Russia from carrying out its threats against fellow members of the Alliance?

Basically, NATO should enhance three of its current activities. Firstly, the strategic vulnerabilities of member states in Eastern Europe should be patched up. These vulnerabilities relate to territorial control. Russia managed to seize Crimea because it could rapidly deploy forces throughout the region and contain the Ukrainian military. NATO should assist in making sure that such footholds do not compromise the territorial sovereignty of its members.

Secondly, NATO should attempt to match Russian forces deployed in the Western Military District. This guarantees that NATO troops are not outmatched and operational capabilities are in rough equilibrium.

However, if Russia decides to tone down its hostility then perhaps deterrence will be of less importance. Until then, NATO should be a responsible alliance and make sure its members are secure from foreign intervention. To achieve this, nothing mysterious is required, just the resolve that comes with following up commitments to allies in a transparent and timely fashion.

Michael Oshell: A wound requiring surgery, not a band-aid.

Risking open conflict with the West is not a serious strategic vision for Moscow. The West, through NATO, is also not willing to openly engage Russia in conventional warfare.

Western sanctions have been successful in their stated aim: causing short-term damage on the Russian economy. The Western-imposed sanctions, introduced in July 2014, have hit Russia hard. The Russian economy has suffered in 2015, contracting by about 3.5%, and with sanctions extended past their initial deadline of January 2016, it seems more likely these temporary measures could become a permanent factor in the Kremlins’ policy decision-making.

But how strong is the Russian economy? Can it weather continued western sanctions of possibly increasing intensity? Lessons from the 20th and 21st centuries demonstrate that Pariah states cannot build successful economies, which provide for their populations while in international isolation; just ask Myanmar, Cuba, and North Korea. Sanctions may deter Russia from pursuing or expanding inflammatory policies in its neighborhood, and while effective in the short-term, they will not effectively resolve the long-term geopolitical disagreement between the Western allies and Russia. Both parties must take responsibility for their actions in this exchange in order to find a path to an effective resolution. While these band-aid sanctions in the short term might help, this wound requires major surgery to fix.

The Alliance is founded upon the fear of Soviet aggression. You can go as far back as the Crimean War in 1853 to the rise of the Iron Curtain during the Cold War to see clear examples of this characteristically Russian aggression. This antagonism ends in a lack of respect for the sovereignty of states and a strong willingness to use force. It is an inherent aspect to Russia’s behavior in the international system. Even since the fall of the Iron Curtain, this aggression has persisted.

While the aggression remains the same, the strategy needed to deter must change. This means not immediately reverting to enhancing and strengthening military and nuclear weapons. Instead, looking towards adapting international security policy with this fundamental aspect of Russia’s state behavior under consideration. As Russia continues to use hybrid warfare, powers within the Alliance may look to do the same by increasing the resilience of their cyber networks and diversifying their energy supplies. In this way, the Alliance may begin to look forward instead of back in finding solutions to ongoing international security threats.

To ask ‘how NATO can deter Russia’ is problematic in the first place. The question assumes that NATO and Russia are polar opposites, and additionally implies that Russia is always wrong in its approach to foreign policy. These types of questions are outdated and remain stuck in a Cold War era that is supposedly long over.  The question should ask how can NATO and Russia work to resolve some of the key differences facing the two powers? This would give us a baseline to discuss non-confrontational solutions to the differences currently threating security in Syria and parts of Eastern Europe.

One can safely assume that Russia will continue to play an important role internationally. It has a stake in many of the economic and social issues facing much of Eastern Europe and the Middle East. It has traditionally not been shy to use military and diplomatic power to insert itself into issues it sees as being important to its wellbeing. I would advise NATO to engage Russia on important matters relating to peace and security. Maybe shifting from the Cold War mentality might help to pave a new path for a productive relationship that would ease tensions and create a dialogue leading to cooperation on matters important to both sides. For example, both NATO and Russia agree on the need to eradicate ISIS, why not accept Russia’s role in the fight? This would possibly help resolve many of the outstanding issues facing the two powers.