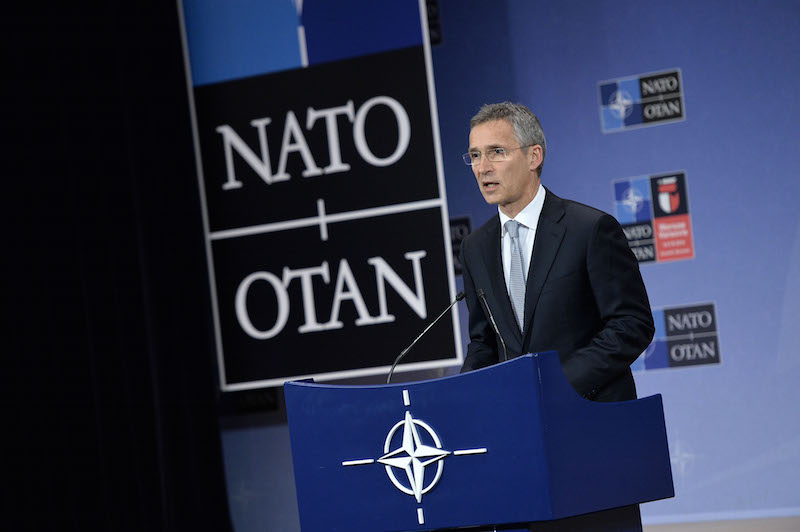 NATO members are a group dominated by states experiencing a vast demographic shift, the true consequences of which will only come to be realized in the next two decades. Taking this into account is the key to finding a viable strategy for increasing solidarity in the face of divergent threat perceptions. The demographic shift not only brings generations with different perceptions of the globalized world into political involvement, but also provides a unique opportunity to redefine NATO and reassert its importance as an alliance in the minds of its members’ publics.

The world today is more economically integrated and globalized then ever before. One important result of this is the increase in the number of people living in urban environments, which now, for the first time in our collective human history, accounts for more than half of the world population. A recent poll on this increased urbanization conducted by the BBC shows that citizens of developing countries have indicated that they feel more like global citizens than people in the developed world following the 2008 financial crisis. As a new generation grows to be disaffected with increased economic integration following the crisis, there is an opportunity for multilateral political organizations to have renewed importance in the publics mind. Since the beginning of NATO, Article 2 has advocated cooperation and the development of peaceful relations on the international stage. In those times, expansion was necessary because our countries weren’t dealing with a majority of democratic states nor in a medium with a rigorous set of international institutions. However, now legitimacy is key in the eyes of publics who did not live through the horrors of the past, but live in the uncertainty of the present. While it would seem counter to the spirit of Article 10 of the Washington treaty, working to construct an identity tied to a fixed geographic perimeter would allow NATO, as a defence alliance, to represent all those within its border, yet show the ability to work beyond it in more than just a military capacity.

Understanding that there is a perimeter and solidifying it allows the alliance to start building an identity that is directly tied to a fixed geographical system. Of course how this perimeter is defined is highly important. The current situation of the EU following the UK referendum, though not a military alliance itself, shows the flaws of centralization in geographically based identity construction. Ensuring that states on the borders of the defence perimeter do not feel like periphery states but rather as some of the most important members of the alliance is vital to building a cohesive identity. Additionally, the language and euphemisms of an east-west dichotomy confuse the relationship of NATO’s more insulated members and European members that have joined since 1993. This language also tends to draw focus away from middle eastern and southern European issues as the situation with Russia is perceived to escalate, with the increased perception of Russia as a threat resulting in an eastern continental focus.

There are three key areas of implementation when it comes the construction of perimeter based identity. Firstly, we must realize that further expansion expands and diversifies fronts, enlarges threat perception in competitors, and therefore creates more divergence on what threat requires the most attention. The negative effects of overextension, for both the overextended state and host states can be seen from the last 20 years of warfare, especially in the middle east. Realizing that the alliances has limits in size strategically, logistically, and in terms of a conciliable identity is critical to solidify a perimeter. Expansion and integration inward, not outward, is needed.

Secondly, this effort should be seen as a rebranding campaign. The concept of a fixed perimeter both reassures members of an immutable line that cannot be crossed and allows members to more easily convey who their allies are and why they are important. The creation of a fixed perimeter also allows for approaching new hybrid challenges with more flexibility. Modern public populations require more legitimacy and explanation on defence spending and military action than ever before. By presenting a fixed perimeter, the alliance can develop a three track approach to dealing with issues that face its collective membership. Within the borders, the alliance would be dominated by issues concerning cooperation. At the border the concern would be purely a military and strategic one. Beyond the border, the organization would continue to work with those states already on the path to membership and other collective entities to foster diplomatic relations. Though NATO does divide it priorities similarly now, the ability to coherently express these objectives to the publics of member states is difficult when the alliance is not certain of how far its jurisdiction on certain issues reaches and when objectives are obscured by overly technical language.

Finally, the drawing of the perimeter requires a representative place holder or lynch pin of sorts. Turkey is excellently situated geographically, for both strategic and cultural purposes. Its position as the bridge between Europe and Asia and the farthest Eastern member of the Alliance means it is affected by both the issues of a resurgent Russia, and the issues of North Africa and the Middle East. Turkey fulfils this role not only as a strategic location, providing basing for deployment to both the east and south, but also as a cultural and diplomatic bridge that allows a connection to middle Eastern culture and politics without overextension of political and military resources.

NATO needs to be rebranded as an absolute necessity in the minds of its members. But in order to do so it needs to establish some certainty in the identity of the alliance. By setting a fixed perimeter, NATO can coordinate itself better not only strategically but also in terms of identity, communicating its objectives and its importance with more certainty and legitimacy to its constituent publics.