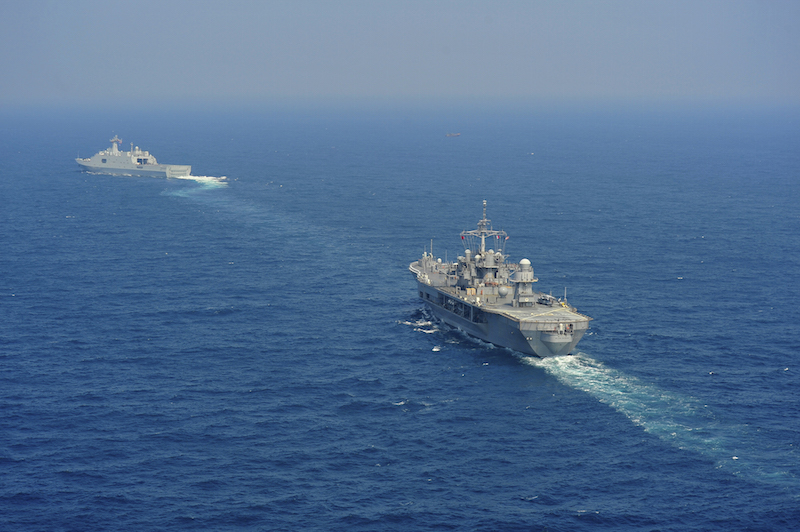 The South China Sea is a hotbed of tensions again, this time between the Philippines and China. On January 22, 2013, the Philippines began proceedings against the People’s Republic of China under Annex VII to the United Nations Convention on the Law of the Sea (UNCLOS). The Permanent Court of Arbitration in the Hague made a ruling on July 12, 2016. The court’s decision in favour of the Philippines poses heavy implications for China. As the Chinese government has rejected the ruling, political instability in the South China Sea could grow worse.

The Philippines challenged China before the Court on three points. First, the Philippines sought the Court’s clarification on whether certain features of the South China Sea were islands, reefs, low tide elevations, or submerged banks, which would determine what UNCLOS rights these landmasses entailed. Second, it wanted the Court to determine the specific dimensions of any land China would have had a legitimate claim to under UNCLOS. And third, the Philippines pushed for the Court to decide whether China had violated the Philippines’ territorial rights through its development and fishing ventures in the region.

China has been conducting military drills prior to the ruling, much to the anger of Vietnam. Military spokesman Le Hai Bin said: “Vietnam strongly protests and demands that China respect Vietnam’s sovereignty, behave responsibly, immediately stop and do not take actions that threaten security, maritime safety in the East Sea or escalate tension in this region.”

Before the ruling was decided, a Chinese paper declared that China should prepare itself for military confrontation in the South China Sea. The dispute, having already been complicated by US intervention when Washington deployed two carrier battle groups around the region, has now been further escalated by the threat it poses to China’s sovereignty.

The South China Sea has been wrought with tensions for years. China’s proclaimed “nine-dash lash” line demarcates the region as almost entirely its own, overlapping with many of its rivals’ claims. China has tried to take back land in massive dredging operations, equipping islands with airfields, ports, and lighthouses. Brunei, Malaysia, the Philippines, Vietnam, and Taiwan all dispute their sovereignty over several island chains and nearby waters in the region.

China refused to take part in the case, and has insisted it won’t acknowledge the court’s decision. But China has expressed it’s prepared to start negotiations with the Philippines after the decision, saying it rejects the arbitration case and wishes to solve the issue bilaterally – despite the Philippines claiming it’s “exhausted” every form of diplomatic avenue.

Since China rejects the court’s legally binding decision, there could be further political instability in the South China Sea. There’ve been a number of precarious events already, such as the 2012 naval standoff between China and the Philippines, or between China and the US destroyer in 2016. The South China Sea has been contentious amid China’s “peaceful rise,” which has been an attempt to strengthen politically through soft power rather than aggression against other states.

Analysts argue the expansion of military bases in the region and emphasis on a powerful, unified Communist party contradicts this notion of a “peaceful rise.” While China’s rise has indeed been relatively peaceful, it has yet to rule out the use of force or coercion to protect its territorial integrity. Such peace in the South China Sea is fragile, given its tense history and recent disputes over China’s military bases. Ignoring a court ruling could put that peace at risk.

Crucially, the Permanent Court of Arbitration’s decision is binding, and China’s reluctance to abide by its ruling undermines its own reputation as a law enforcing state. China may lose legitimacy and clout in ASEAN, along with hurting its powerful position in East Asia. The Philippines is also known for having a tremulous relationship with China: former Filipino President Aquino once called it “a bully.”

The decision offers no alternatives as to what happens next, and the tribunal stated it “lacked the jurisdiction” to consider what the implications of a standoff would be. It also has yet to order China to take any steps to remedy the situation, and the Chinese government has once again said it’s prepared to resolve the disputes peacefully on the basis of “historical facts.”

Finally, the court’s ruling for the Philippines could set precedent. In the future, it could push the Hague for even stricter regulations on China in regional disputes with other states. Vietnam, which has a claim on the Paracel and Spratly Islands, strongly supports the ruling. Given that the Philippines ruling could be the first of many, political instability in the region may soon reach a boiling point.