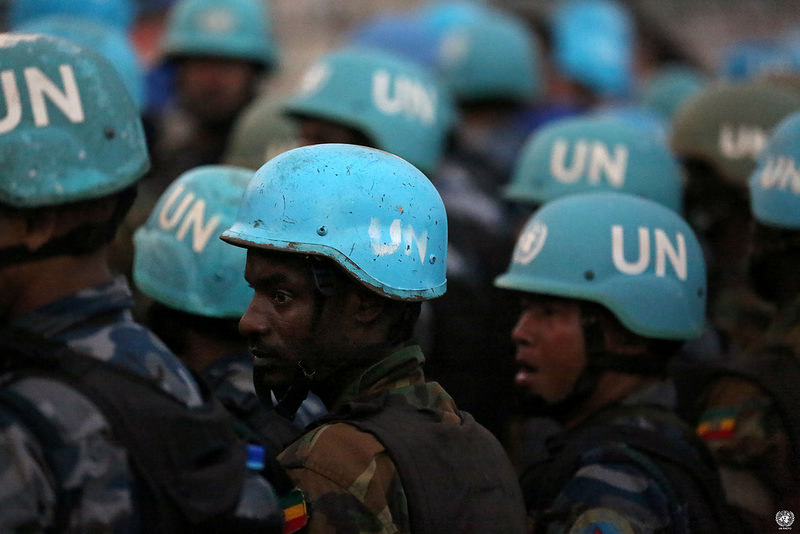 The summit highlighted both the emerging and contemporary challenges facing international peace and security, as well as recent changes in the administration of UN led peacekeeping initiatives.

UN peacekeeping represents the collective power of member states who share a commitment to maintaining international peace, security, and stability in some of the world’s most vulnerable and politically unstable regions.

The conference highlighted various ways of improving the planning and implementation of operations initiated by individual countries, as well as improving the performance of deployed UN troops.

Canada’s Defence Minister outlined Canada’s role in peacekeeping and its commitment to international peace and security to ensure that Canada be viewed as a leading actor among states in UN-led peacekeeping initiatives. The Minister has confirmed Canada’s contribution of 600 Canadian Armed Forces personnel to be assigned to various peacekeeping projects and initiatives. Sajjan further stated at the conference: “Conflicts today are more complex than ever before and we’re serious about being part of the solution.” Sajjan said that Canada is a determined peacebuilder in a time where international conflicts have become extremely complex and evolve at a rapid pace.

He also stated Canada’s intention to host a major United Nations conference on peacekeeping in 2017.

On 26 August 2016, Canada’s minister of Foreign Affairs, Stéphane Dion announced the launch of Canada’s new Peace and Stabilization Operations Program (PSOP)s. In partnership with allies, Canada will continue to provide security, increased funding, and trained personnel in the areas of conflict resolution and in the administration of humanitarian aid.

The countries contributing to the United Nations peacekeeping initiatives adopted a communique centered on what was referred to as the “three Ps” of peacekeeping – planning, pledges, and performance. The countries want to ensure that all UN-led peacekeeping operations are planned and assessed effectively and fully to include military, civilians, and police. Pledges made by member states and international organizations serve as useful motivators and supporters for various UN led peacekeeping operations. The communique stressed the importance of ensuring that deployed military personnel be properly equipped and trained to deal with the threats and vulnerabilities specific to the region they are deployed in.

It stated that modern peacekeeping requires improved military and political planning in all stages of the planning and implementation process. The communique further encouraged member states to contribute well trained and equipped peacekeeping personnel capable of effectively fulfilling the mandates of The Department of Peacekeeping Operations (DPKO).

UN peacekeepers today are exposed to extremely challenging and complex crisis settings while stationed in some of the worlds most politically unstable and culturally diverse regions. Peacekeepers, civilians, and UN volunteers find themselves doing more than maintaining peace and security, but also providing humanitarian aid, and upholding civilian protection, disarmament, reintegration, and demobilization.

While UN led peacekeeping missions can be extremely effective in promoting international peace and security, it is important to recognize that not all missions are successful. Many troops and UN personnel are killed or severely injured in the line of duty, and some find themselves in hostage situations. Peacekeeping operations must be able to respond to conflicts rapidly, effectively, and responsibly, resulting in not only improved mission outcomes, but also ensuring the safety of peacekeeping personnel.

The future role of peacekeeping in the sustainability of post-conflict peace must focus on preventing conflicts from redeveloping in regions that are extremely unstable and prone to conflict relapse.

Missions are often prolonged or require additional soldiers. Factors such as weak or corrupt governments and insufficient security forces may prevent peacekeeping initiatives from being effective. It was also mentioned at the conference that future missions must include a stronger presence of women in the forces, as well as prevent conflict related sexual violence.

Establishing peace in conflict areas is a process in international development requiring the combined efforts of military, police, international civilian personnel, local civilian staff, and thousands of UN volunteers from over 160 nations. With realistic mandates, resources, institutions, and planning in place, UN-led peacekeeping missions continue to show progress in some of the world’s weakest states.

Photo: Peacekeepers and UN police officers (UNPOL) with the UN Mission in South Sudan (UNMISS) conduct a search for weapons and contraband in Protection of Civilans (POC) Site III, near the Jebel area of Juba. “UNMISS Conducts Weapons Sweep at UN Protection Site near Juba” (2016), by Eric Kanalstein via Flickr. Licensed under CC 2.0 (Some Rights Reserved)