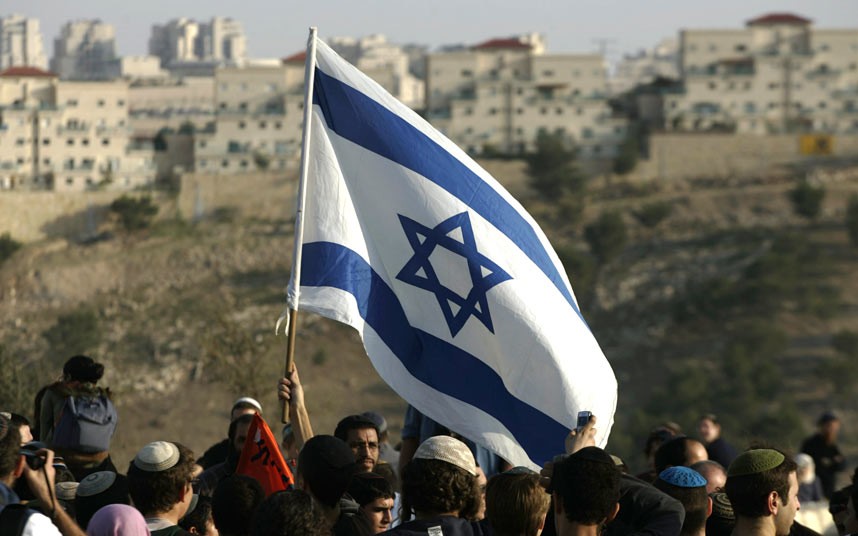 For explanatory purposes, the term ‘Israeli Settlement’ in this context refers to Israeli buildings constructed beyond the 1949 ‘Green Line’, a term originally used to describe the demarcation lines established by Israel and its Arab neighbours after the 1948 Arab-Israeli War. For the purposes of this article, however, the Green Line will refer to the de facto border between Israel proper and the territories captured by Israel after the 1967 Six-Day War. One of these territories, the West Bank (previously occupied by Jordan), will be the focus of this analysis.

The Israeli Governments have been openly directing the construction and development of West Bank settlements since 1967, including approximately 150 settlements in addition to 100 ‘outposts’ erected by Israeli settlers lacking government approval.

Criticism of Israeli settlements generally stems from the view that they violate international law, and are being built on “Occupied Palestinian Territories.” More specifically, it is widely held that Israeli settlements run contrary to the principles of the Fourth Geneva Convention, the Hague Convention, in addition to several UN Security Council Resolutions. Israel rejects all of these claims, and considers its West Bank settlements to be “disputed” rather than “occupied.”

On one side of the argument, Israeli settlements in the West Bank are considered to be illegal under international law in that they violate Articles 2 and 49 of the Fourth Geneva Convention. This is the view championed by the majority of the international community, including the United States.

Article 2 identifies the parties to whom the Convention applies, and states the following:

“The present convention shall apply to all cases of declared war or of any other armed conflict which may arise between two or more of the High Contracting Parties, even if the state of war is not recognized by one of them. The Convention shall also apply to all cases of partial or total occupation of the territory of a High Contracting Party, even if the said occupation meets with no armed resistance.”

Israel vehemently disputes the applicability of Article 2 to the settlements it has erected in the West Bank, arguing that the Convention only applies where the territory that has been occupied fell previously under the sovereignty of another ‘High Contracting Party’.

Due to the fact that the West Bank did not legally fall under Jordanian sovereignty prior to being annexed by Israel (Jordan’s acquisition of the region was considered unlawful), the Israelis argue that the Convention does not apply to them.  Instead, they argue that the last legal sovereignty over the West Bank was established by the League of Nations Palestine Mandate, a mandate which gave Jewish peoples the right to settle “occupied” territories like the West Bank. In denying that the West Bank is subject to Article 2, Israel can avoid having to abide by Article 49, the specifics of which will be explored shortly.

If this position is accepted by the international community, the Fourth Geneva Convention will be rendered inapplicable to the West Bank.

The International Criminal Court (ICJ) rejects this argument, however, stating that the Convention applies where there is an armed conflict between two contracting parties. In the case of the West Bank, these contracting parties would include Israel and Jordan. If this condition is satisfied, the Convention applies to any territory that was occupied during the course of that conflict, including the West Bank.

Israel also disputes the applicability of Article 49 to the West Bank. Article 49, put simply, prohibits the occupying power from transferring its own civilians into the territory which it has occupied. Secondly, it prohibits the making of permanent changes in the occupied territory that are not intended to benefit the local population.

Proponents of Israeli settlements argue that even if the Convention did apply as per Article 2, the applicability of Article 49 to the West Bank would still fail.

Israel’s position is that Article 49, taken in its entirety, should only be read in the context of World War II. More specifically, they argue that Article 49 was originally drafted with reference to Nazi Germany’s genocidal practice of forcibly transferring ‘racially undesirable’ populations out of occupied territories and replacing them with German settlers. Due to the fact that Israel considers Article 49 to be applicable only insofar as it concerns the ‘forced transfer’ of citizens, they assert that it does not apply to its West Bank because Israeli citizens are occupying Palestinian lands voluntarily. For this reason, applying Article 49 to the West Bank is considered by Israel to be inappropriate.

Furthermore, Israel argues that Article 49 cannot apply to West Bank settlements because it was drafted to prevent an occupying power from causing:

(1) The impairment of the economic situation or racial integrity the native population or (2) the inhumane treatment of its own population.

Israel has declared that neither of these is applicable to the construction of Israeli settlements in the West Bank.

The majority of the international community, however, disagrees with the Israeli interpretation of Article 49.

As stated by US State Department Legal Advisor, Herbert Hansell, although “paragraph 1 of article 49 prohibits “forcible” transfers of protected persons out of the occupied territory; paragraph 6 is not so limited.” According to the US interpretation of Article 49(6), the Convention does not technically require transfers to be forced for them to be illegal.

Secondly, the Israeli interpretation of 49(6) is regarded as incorrect by the ICJ which clarified that 49(6) “prohibits not only deportations and forced transfers of population such as those carried out during the Second World War, but also any measures taken by an occupying power to organize or encourage transfers of parts of its own population into the occupied territory”.

As can be seen, the question of whether or not Israeli settlements are legal under international law is a highly contentious one. In Part II, these settlements will be further examined with reference to the Fourth Hague Convention and several UN Security Council Resolutions.

Steven Chadwick was the Program Editor for International Business and Economy and Strategic Reserve at the NATO Association of Canada. He completed his Honors Specialization in International Relations at Western University, graduating with Distinction. Throughout his undergraduate career, Steve volunteered with the student-run anti-genocide coalition “Students Taking Action Now: Darfur” (S.T.A.N.D), where he held the positions of VP Corporate Sponsorship, Vice President, and President. He has recently completed his first year of law school at Queen’s University Faculty of Law, and is interested in the fields of international trade litigation, corporate finance, and securities regulation. While at Queen’s, Steve also volunteered for Pro Bono Students Canada where he worked for the Kingston Chamber of Commerce and advised local businesses on the process of contract formation. In his spare time, Steve enjoys traveling, competitive basketball and playing guitar. View all posts by Steven Chadwick →