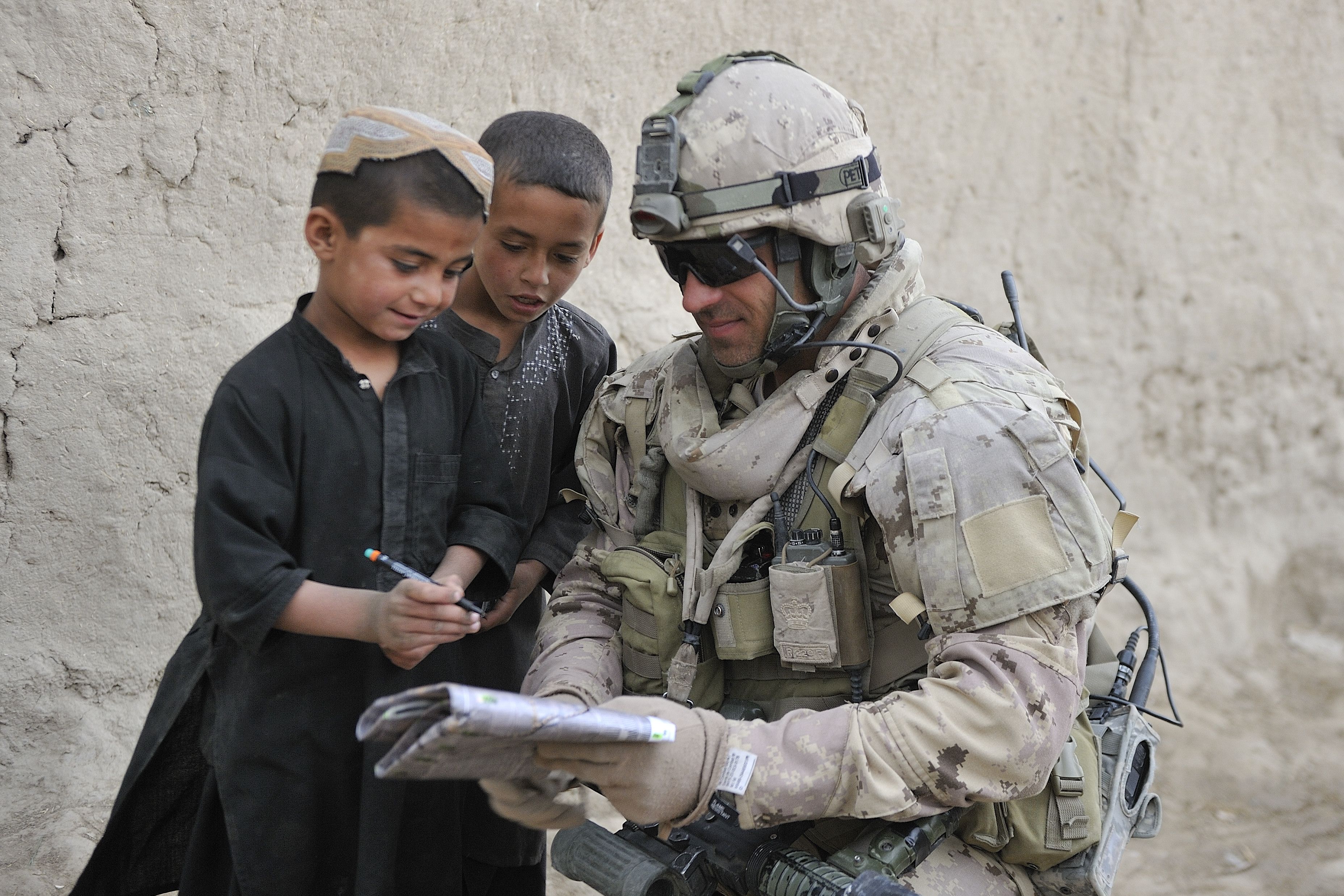 It is a question often asked, and yet, remains unanswered; was Canada’s involvement in the war in Afghanistan worth it?

The decision to endure the fight in Afghanistan was difficult for Canada to make, and this country did so at a relatively substantial cost. But the decision to “go and to stay was made, again and again over a dozen years, for good reasons: credibility, responding to al-Qaeda’s threat, projecting Canada’s values of democracy and rule of law, and attempting to give Afghans a chance at a functioning state and a better life.” So, is Afghanistan a better place today than when the Canadian Armed Forces first occupied Kandahar in fall 2006? Yes.

Canada’s commitment to the Afghan people was paramount. Our commitment achieved a number of positive results: a strengthened security environment and national security forces with greater capabilities to defend their people and their nation; more opportunities for Afghan children, especially girls to attend school; development programs enabling the Afghan people to reclaim the agricultural foundation of their economy; health initiatives to battle polio; and advancement in democracy and human rights. These achievements came to fruition predominantly through the implementation of three signature projects conducted by the Canadian Armed Forces.

The blood, sweat, and tears spilt by the Canadian Armed Forces over the past 15 years to achieve such successes in Afghanistan are now in jeopardy

Signature project one consisted of supporting the rehabilitation of the Dahla Dam and its irrigation and canal system. This initiative generated over 50,000 Afghan construction jobs and fostered agriculture. As a result of Canada’s commitment to this project, an additional 30,000 hectares of land benefits from increased irrigation, thus creating another 5,000 seasonal jobs in the agro-economy.

Signature project two focused on education in Kandahar. Canada exceeded its target for the education signature project with the construction, expansion, and restoration of 52 schools in key districts. In addition to this initiative, Canada improved the quality of education through training over 3,000 teachers in Kandahar, the provision of literacy training to over 27,000 individuals, along with vocational training to over 6,500 Kandaharis.

Signature project three focused on polio immunization in Kandahar with the view to eradicate the disease in Afghanistan. Canada’s project to eradicate this disease sought to vaccinate more than seven million children under the age of five.

But we left too soon. A threat much greater than Al-Qaeda or the Taliban has taken its place: the Islamic State of Iraq and Syria (ISIS). The blood, sweat, and tears spilt by the Canadian Armed Forces over the past 15 years to achieve such accomplishments in Afghanistan are now in jeopardy.

Michael Petrou, a journalist, historian, and non-resident fellow at the Montreal Institute for Genocide and Human Rights Studies, argues that “since the Taliban’s overthrow, Afghanistan hasn’t suffered [t]he same sort of sectarian slaughter that has plagued Iraq and Syria. [However,] the Islamic State would clearly like to change that.” With over 80 killed in the recent attack on a peaceful demonstration in Kabul on July 22, ISIS has revived growing fears about its continued strength and the extent of its vicious reign in Afghanistan. The attack was the deadliest to strike Kabul in 15 years of civil war.

Such attacks implemented by ISIS demonstrate the ongoing security struggles of a country where 158 Canadian soldiers paid the ultimate sacrifice, “but that many Canadians seem to have forgotten.” Of course these security issues are not Canada’s fault. But Canada made a commitment in October 2001, when it joined the military intervention in Afghanistan, and we assured the people of Afghanistan that we would see it through to the end.

However, Taliban resurgence and the rise of ISIS within Afghanistan has expanded and strengthened with the Afghanistan National Security Forces (ANSF) unable to contain the threat. In May 2015, 7,000 NATO trained and equipped Afghan security forces failed to defend Kunduz against a much smaller Taliban force. Along with the city of Kunduz, Helmand, and Baghlan provinces are the most recent examples that have demonstrated the poor performance by the ANSF in countering the advance of the Taliban, Al-Qaeda, or ISIS, without the support of foreign forces.

In fact, according to statistics compiled by the Institute for the Study of War, as of February 23, 2016, “[t]he Taliban control or influence as much as 20% of Afghanistan, its highest levels of control since 2001.” Nipa Banerjee, Centre for International Policy Studies, argues that “clearly ANSF troop number is not the issue; the issue is the absence of foreign troops to back them up.”

Thus, Canada’s underlying mission is not over. Canada’s goal was to help Afghans rebuild Afghanistan into a viable country that is better governed, more stable and secure, and never again a safe haven for terrorists. However, such goals and progress are at risk with the rise of ISIS attacks in the country. What is needed is a continuation of support from Canadian Armed Forces in maintaining the security, integrity, and support of the long-term objectives set out in the three signature projects until the government and people of Afghanistan are fully able to accept the transfer of responsibility for security and government from the international community.

As Canada becomes a footnote in the tumultuous history of the war in Afghanistan and the battlegrounds remain void of Canadian Armed Forces, a truly accurate measure of success or failure of Canada’s involvement in the war will remain dependent on what happens in Afghanistan in the decades to come.

Photo: Operational Mentoring and Liaison Team (OMLT) member, WO Ouellet gives out markers to the Afghan children in the village of Nakonay (2011), by Cpl Tina Gillies via Combat Camera.