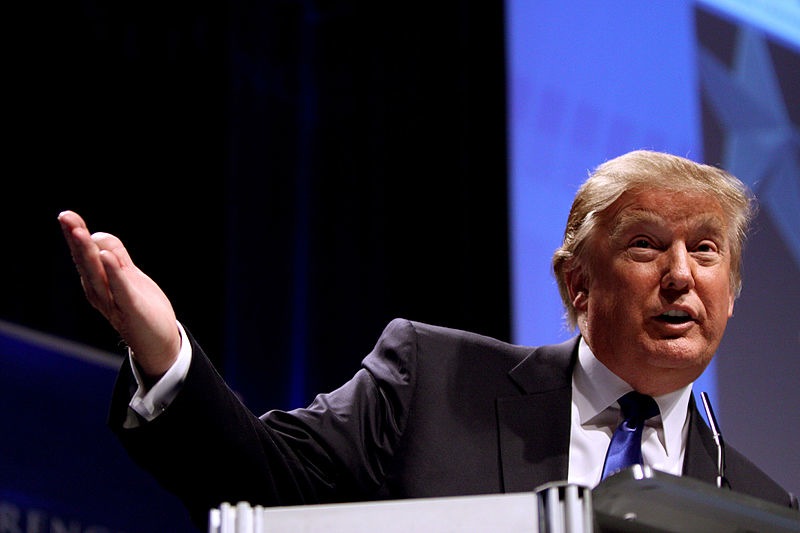 The year 2016 has left the world in a state of political disarray. The next president of the United States is faced with the gruelling task of developing a comprehensive foreign policy strategy for newly emerging global concerns. Britain’s vote to leave the European Union acted as a considerable destabilizing force in Europe, Russia’s President Putin continues to assert dominance in the global playing field, and the war in Syria has caused one of the worst humanitarian crises in global history. An enormous number of terrorist attacks have left thousands of civilians dead. The leader of the most powerful nation in the world must not take these concerns lightly. Donald Trump’s presidency begins at a point of great political instability and turmoil, making a comprehensive, well-structured and thought-out foreign policy plan essential.

So what is Trump’s foreign policy strategy? It is worth individually examining his policies regarding different global crises. With regards to the Islamic State, Trump’s stance is notoriously hard-lined. In September 2016, then-Republican presidential candidate Trump pledged to expand the US military arsenal, calling for more troops, planes and boats. This call is guided by his motivation to defeat ISIS within his first thirty days in the White House – a bold assertion that entails committing tens of thousands of ground troops to achieve it. He has also called upon NATO to take on a more coherent role in combating terrorism in the Middle East, stressing that the allies need to make a greater contribution towards their own protection.

Speaking of NATO, throughout his campaign Trump has also insisted that other NATO members take on a greater financial share of the alliance. He has pointed out that only the US, Greece, the UK, Estonia and Poland honour NATO’s guideline that requires members to contribute 2 percent of their GDP to military spending. In July 2016, he made it clear that, under his presidency, the US military support for the alliance will be dependent on the financial contributions of the other members. His claim is based on the allegation that the US has not received reimbursement or any other benefits for the cost of protecting other nations. Trump’s fascination with the financial inputs of other members has led him to suggest that the United States will not honour its commitment to NATO’s article 5 on collective defence in the case of an attack, unless the other members make an explicit effort to take on a greater financial share. It undermines one of the key principles of the defensive alliance: solidarity and companionship amongst allies. It creates a frightening possibility that under the Trump presidency, most NATO members will not receive support from the US in the event of a military attack.

With regard to Russia, Trump appears to be determined to mend spoiled relations with president Vladimir Putin. For instance, Trump has repeatedly made calls for closer relations with Russia and has gone so far as to endorse Putin, speaking approvingly of his decision to not expel the US diplomats from Russia in retaliation for the US discharging 35 Russian diplomats at the end of December 2016. Admittedly, the devotion to rectifying affairs with Russia is commendable. The problem is that it is not guaranteed to increase international stability. Trump and Putin have found a common ground in agreeing to expand their nuclear arsenal, with Putin calling on the need to ensure that the Russian nuclear arsenal is safe from interception by the enemy and Trump tweeting that he wishes to expand the US nuclear capability. This Cold War rhetoric of using nuclear missiles as a deterrent from war is based on fear-mongering and ill-founded bravado. A progressively more robust nuclear arsenal only increases the chances of actual use of the weapons. Trump’s nuclear ambition is deeply concerning, and he has not provided coherent reasons for a more vigorous nuclear program. This ambition is guided by the rhetoric that might is right and that military capability is the most sure-fire way to measure a nation’s merit, which is not borne out by history.

It is also worth mentioning Trump’s challenge of the One-China policy, under which Taiwan is considered to be China’s renegade province. This policy is the recognition of the Chinese stance on the fact that Taiwan is a part of China – a recognition that China considers to be imperative to the US-China relations. The US has subscribed to this policy since 1979, and on December 2, president-elect Trump violated it by accepting a phone call from the president of Taiwan, Tsai Ing-wen, thus jeopardizing decades of US-China relations. China has reacted negatively, launching a formal complaint and urging Trump to recognize that there is only one China in the world. Though not yet inaugurated, Trump has already placed a considerable strain on relations with one of US’ largest trading partners.

Trump’s foreign policy lacks consistency, planning and coherence. It appears to be guided by school yard-type bravado and an intense desire to appear undefeatable. Where Trump lacks in political experience, he seems to compensate by fierce statements and bold policy decisions. So far, his actions have led to a considerable strain on relations with China and unyielding worldwide concern about the consequences of his presidency. It is, therefore, highly important to approach the Trump presidency with concern and scepticism; to not take his actions at face value and to hold him to a high standard of accountability.