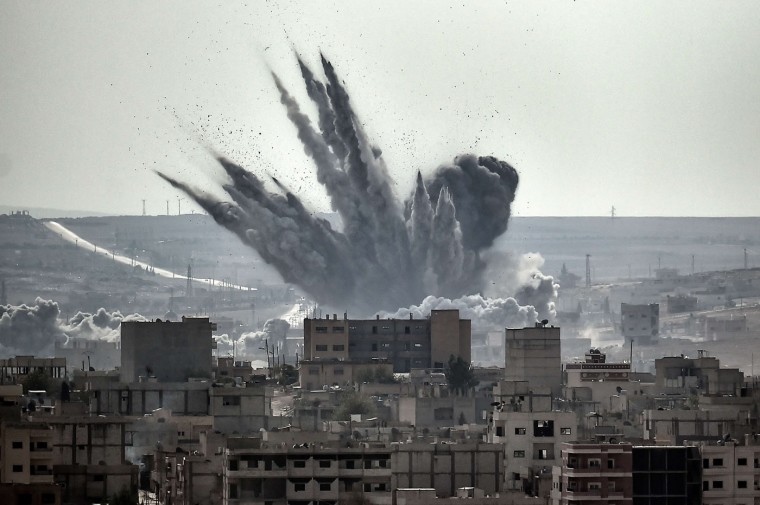 Tune in to the two-part podcast interview with Neil Hauer, Senior Intelligence Analyst, on the ongoing Syrian war. Pick up your headphones and press ‘play’ below.

To learn about what exactly is happening in Syria and the various factions involved, listen to Part 1 here:

Click here to access live coverage of the Syrian conflict for a visual representation of the factions involved.

To learn about Russia’s interests in Syria, US’ handling of the crisis and the future of Syrian refugees, listen to Part 2 here:

Click here to listen to Neil’s first interview with us, on a career in Intelligence.

Neil Hauer is a Senior Intelligence Analyst at The SecDev Group, focused on the MENA region and Syria in particular. He holds an MA in Russian Studies and also focuses heavily on the Caucasus. He can be found on Twitter @NeilPHauer

Main Photo:A shell explodes in the Syrian city of Kobane (2014), by Jordi Bernabeu Farrús via Flickr. Licensed under CC BY 2.0