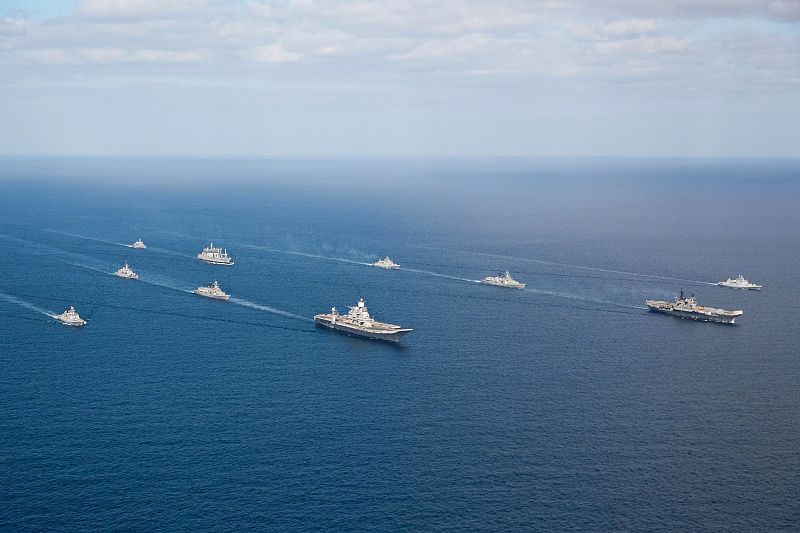 Part 1: The Malacca Strait and the Indian Navy

The Asia-Pacific region is growing in economic, political and strategic importance. While much of the focus has been on the Western Pacific, stronger ties with the Indian military could offer a mutually beneficial strategic partnership to the global and regional security objectives of Canada and NATO allies.

Since the end of the Second World War, pacific-oriented Western countries such as the Australia, Canada, New Zealand and the Unites States have all exerted their influence and values in the Pacific region. The Asia–Pacific region, sometimes referred to as Indo-Pacific, includes East Asia and the Western powers of the Pacific. The region continues to increase in importance from an economic, political and security perspective, and is also home to some of the most dangerous, but important waters for commercial navigation. For instance, the Malacca strait between Malaysia, Indonesia and Singapore and the South China Sea is an important naval trade route for transporting commercial goods, with over 120,000 vessels a year and an estimated 15.2 million barrels of oil shipped to the region, and further towards the Americas. Vessels transporting oil are a target for many pirates, who have often succeeded in capturing and reselling the oil for their own profit. This fundamental trade route is at constant risk, posing security risks to NATO’s western region, including the US and Canada, and potentially costing millions of dollars in lost revenue.

In addition, the increasing military expansion in this region poses a particular concern for NATO allies. China in particular has been flexing its muscles with their newly launched aircraft-carriers their first purchased from Russia and using their designs in producing their own original. Intimidating regional neighbours by creating artificial island airbases to control the South China Sea, and with plans to extract the oil and control regional shipping routes. The US have several small naval bases in the Philippines, Vietnam, Australia, and a larger force based near the border of North Korea, however they have limited capacity in the South China Sea due to the proximity of a large Chinese naval base on Hainan Island. Any US activity near the Malacca Strait could arguably be seen as a provocation against China.

One of the potential ways to protect trade routes would be through developing a strategic naval partnership with an allied nation that has a strong military presence in the region, and that has the naval capabilities to tackle pirates operating near the Malacca strait, as well as safeguarding the South China Sea.

One such example is the Republic of India, which could potentially support NATO in promoting peace and security in the Asia-Pacific region. Some of the fastest and largest growing economies are in the region, which is also home to over two thirds of the world’s population. While there are several other strategically important countries in the region, India remains unique for several reasons. In addition to having a strong military history, India has a strong military connection to the United Kingdom, as Indian soldiers were involved in dozens of global conflicts during the British Raj, including the Opium, Boer, and both World Wars. India is also one of the largest contributors to current United Nations peacekeeping operations. Being the largest democracy in the world, India also shares the values of NATO and its allies.

NATO has a range of military and diplomatic missions carried out by member states, and interacts regularly with non-member states, through partnerships which include the Euro-Atlantic Partnership Council, the Mediterranean Dialogue, and the Istanbul Cooperation Initiative. Building stronger partnerships and collaboration with strategically important states, such as India, could potentially support maintaining security and trade in the region.

India’s navy currently stands as the 5th largest navy in the world, and has been receiving growing attention from many states and private military organizations to support India’s plans to further develop its naval capabilities. Israel, for example, signed a multi-million-dollar deal for increasing naval-defence partnership, realizing that their Eastern flank can be protected further with India’s naval cooperation in exchange for military technological advancement. This has proved to be a beneficial diplomatic relationship between these two countries. A potential aspect of bringing India to the role of contributing to NATO’s objectives could be further joint military exercises to build upon already ongoing tri-lateral exercises between Japan, the US, and India. This provides a stepping-stone and unique opportunity for a mutually beneficial naval-defence relationship, leading to a possible extension of the NATO branch in South Asia.

The Canadian Royal Navy had a limited presence in Southeast Asia and South Asia, with a handful of exercises in the Pacific. Canada and the US both share the goal of promoting stability within the region, with the Asia-Pacific Defence Policy, however Canada’s limited naval activities can consequentially make the US doubt the confidence of their ally in guarding NATO’s western border. Canada’s naval expansion can join their commonwealth allies in the region, specifically India. As a result, Canada, in collaborative exercises with the Indian navy, can prove to the US that Canada is keeping up with their contribution in guarding the Asia-Pacific. In addition, Indo-Canadian diplomatic and military relations would beneficially increase.

A NATO partnership with India has the potential to safeguard a crucial economic zone for allied nations, as well as the western flanks of NATO member states such as the US and Canada.