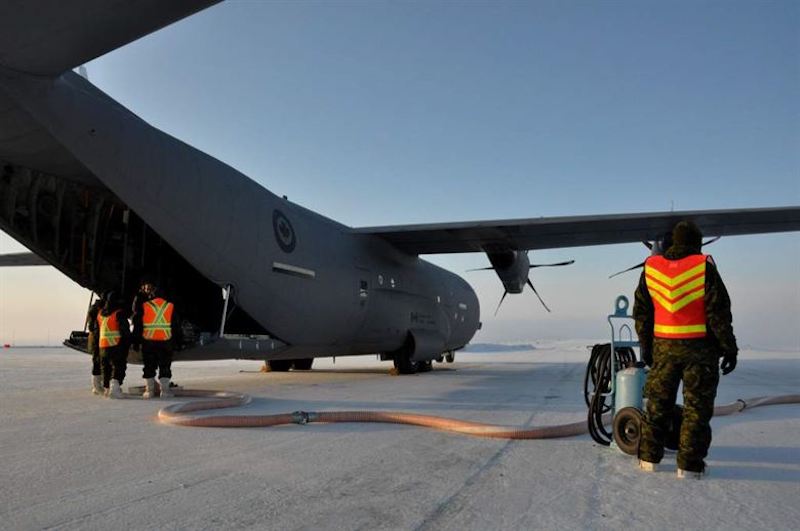 The geopolitics of the Arctic are undoubtedly receiving greater attention today, with many countries outlining ambitious plans for the region. Most notably, Russia has been increasingly active in the area in an effort to capitalize on its resource potential. According to estimates by the US Geological Survey, the Arctic potentially contains 90 billion barrels of oil and 47 trillion cubic metres of natural gas, with the Russian arctic zone laying claim to the lion’s share of that. As such, it is no wonder that Putin has set his sights on tapping into these resources. President Putin has outlines plans for a Northern Sea Route (NSR), which he highlights as having the potential to rival the Suez Canal. As the Arctic ice caps melt as a result of climate change, Russia is angling to profit from it.

In an environment where many seem to be looking forward to gaining advantage from climate change, priority must be to protect this vulnerable and ecologically fragile region. Canada’s vision for the Arctic was laid out in itsNorthern Strategy, which outlined four key areas: exercising sovereignty, promoting economic and social development, protecting our natural heritage and improving Northern governance.  Yet, in a rapidly changing environment, Canada must do more to strengthen its sovereignty and conserve the Arctic’s rich ecology.

Canada’s arctic has long been home to the Inuit and unique species that are deeply imbedded in Canadian culture. As such, taking measures to conserve the Arctic must be prioritised. It is heartening to hear of the creation of Canada’s largest marine conservation area in the Northwest Passage recently. Of course, a full-hearted conservation effort would require global cooperation towards combatting climate change, which seems to be an increasingly impossible and arduous task. Canada’s efforts towards combatting climate change are nowhere close to being enough, and they have been internationally scorned as highly insufficient. As such, Canada must also take steps to safeguard the sovereignty of the Canadian Arctic as ice caps continue to steadily melt. Canadian territory surrounds the Northwest Passage, yet the Canadian ownership of the waters enclosed therein is not clearly acknowledged by the international community. Canada launched its first Arctic and Offshore Patrol Ship (AOPS) in September which, will be delivered to the Royal Canadian Navy in 2019, buttressing Canada’s visible presence in the region.

Let’s look at what we are up against. Russia is far more capable in the Arctic than any other state because it has unrivalled icebreaker capabilities. Icebreakers are vital to keeping shipping lanes open and supplying settlements and military bases in the Far North. The Russians have six heavy icebreakers, with more on the way. Canada has two – and they’re old. At the same time, climate change is making the region more accessible. This has repercussions for multiple forms of human activity in the region: military, economic, and scientific.  Record shipments of iron ore through Northern Canadian waters attest to the increased navigability of the region. China, whose northernmost territorial point only reaches the 53rdparallel, calls itself a “Near-Arctic State.” Whatever that means. But it’s using this arrogated status to claim “interests” in the Far North that give it a seat at the table of Arctic States and even presumes to build a “Polar Silk Road” across the area to connect it with foreign markets. Even the United States, Canada’s ally, considers much of the Arctic to constitute “international waters”.

Canada has its work cut out for it.

However, there are encouraging signs that Canada is taking the threat to its national sovereignty in the Arctic seriously. Perhaps the most important factor in staking a claim to our territories and waters in the Far North is keeping up a military presence there. Operation NANOOK is a recurrent, sophisticated, and rather comprehensive military exercise the Canadian Forces stage every year in the Territories. Moreover, the Department of National Defence’s new vision for the Canadian armed forces going forward into the 2030s – Strong, Secure, and Engaged– prioritizes the military’s Arctic capabilities, using the word “Arctic” 77 times.

Still, there does seem to be angst among serious policy thinkers that not enough is being done. Among those calling for greater federal attention to the Far North is Dennis Patterson. As the Senator representing Nunavut, he would know.

Some questions about the prudence of some of the federal government’s infrastructure schemes are valid, but they miss the point if their metric is strictly economic lucrativeness. The most important point is that somethingis being done in the region, increasing Canada’s footprint in the Arctic, and advertising to outsiders that Canada is “using” its vast northern real estate. Individual mines and projects may be of ephemeral value, but in the aggregate they are securing Canada’s control over a vast territory that will yield the country substantial profits as the century wears on.

This brings us to the matter of optics. There may have been a disconnect between former Prime Minister Stephen Harper’s rhetoric and action when it came to Arctic Sovereignty (reductions in military expenditures undoubtedly hampered assertion of a Canadian presence in that remote part of the country), but he was a master at drawing attention to the North by bringing it into public discourse, and by just plain showing up! Unfortunately, Trudeau has been far less visible on the scene.

Since the late 1970s, the volume of the Arctic Ocean has decreased precipitously, and experts predict that in a few decades, it will be completely free of ice during the summer. This will have enormous effect as it will open trade routes and give rise to opportunities for the exploitation of natural resources there. It is estimated that 10-20% of the world’s remaining oil reserves are in this region, and in addition to proven reserves, there is likely to be significant undiscovered oil resources that could be added to this figure if discovered. We are therefore confronted with the reality that this region is the last frontier, so to speak. This has led to concerns regarding how environmental protection, indigenous rights, and state claims to sovereignty can be managed.

Something worth noting is the disputed Northwest Passage, which is claimed by both the United States and Canada. The US claims that it is international waters and Canada claims that they’re territorial waters. Although American vessels can enjoy freedom of navigation through these waters without the risk of violating sovereignty laws, there is also something to be said about the precedent that it will set for other nationalities’ wishing to do the same. If Canada’s claimed sovereignty over large parts of the Northwest Passage is not recognized internationally, and if Canada cannot exercise domestic laws regarding regulations and environmental protocols, then who will?

Although the United Nations Convention on the Law of the Seas (UNCLOS) has quite a comprehensive framework for environmental protection, these obligations still fall under the national jurisdiction of each state. There is therefore a need for more of a push from both Canada and the US to resolve territorial boundary issues so that legal mechanisms can be implemented.

On a more positive note, however, Canada’s Arctic Foreign Policy as well as the New Arctic Policy Framework outlines ambitious environmental protection strategies and has taken steps to increase the inclusion of various indigenous groups in these policies. Indigenous representation and utilizing indigenous knowledge is key to understanding and mitigating environmental impacts on local populations and the world.

The melting of Arctic ice is opening the region to new shipping, and potentially lucrative petroleum and natural gas opportunities below the seafloor. With these changes comes the threat of heightened security concerns as states seek sovereign control over resources and navigation rights in the region. Subjects of ongoing debate include energy exploration, territorial disputes, and the Law of the Seas, in which international cooperation is required in order to avoid future regional contention. However, this kind of multilateral collaboration is hampered by tensions stemming from ongoing diplomatic challenges in other areas of the world, such as in Ukraine.

The United Nations Convention on the Law of the Sea (UNCLOS) codifies and governs coastal state sovereign rights to resources based on an Exclusive Economic Zone (EEZ) up to 200 Nautical Miles beyond a state’s sovereign coast. Ongoing debates exist between various states with claims to the Arctic Region, which include Russia and the United States over the Bering and Chekchi Seas, and between Canada and Denmark over the Lincoln and Han Islands. The resolution of conflicting territorial claims in the Arctic between Russia and Norway ended in 2010, demonstrating the potential for peaceful de-escalation through international organizations and institutions of international law.

The difficulty is whether rising global tensions will translate into realms where previously peaceful negotiations have taken place. The risk of global confrontation intensifying to the detriment of peaceful cooperation in the Arctic has very real potential. This could turn cooperation into confrontation in Arctic matters.

NATO operations in the Arctic region in the form of an Arctic Task Force raises important concerns about whether securitizing the region would be to the detriment of cooperation. Damaging the multilateral process in the region, especially between transnational entities like NATO and other powers, would risk more hazardous disputes in an immensely important and delicate area.

There is reason for hope. The Arctic Security Forces Roundtable took place from 1-3 May 2018, bringing together senior military officers, military and government Arctic experts, and academics specializing in defence and the Arctic. Participation involved Canada, Denmark, Finland, Iceland, Norway, Sweden, the United States, France, Germany, the Netherlands, and the United Kingdom.

Major-General Bill Seymour spoke of the Roundtable emphasizing “the need to work together up in this region […] there’s a broad international desire to keep the Arctic as a zone that is cooperative and collaborative.” Clearly, this represents a desire among regional experts of the need for regional security and cooperation. The main question moving forward is how to ensure that challenges of dissipated diplomatic relations in other regions of the world, do not translate into further securitization of the Arctic, to the detriment of ongoing cooperation.