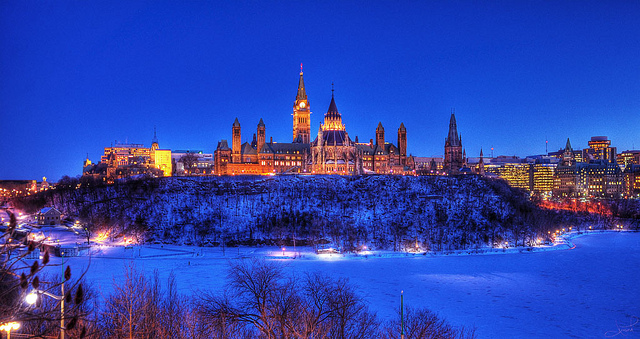 One of the main arguments behind the creation of CFIS is that Canadian troops are currently engaged in Iraq and Syria, combating the Islamic State of Iraq and the Levant (ISIL), and may be involved in peacekeeping operations in Africa aimed at countering Jihadist elements in the Sahel region. These current and potential foreign interventions to prevent Islamic terrorists from using fragile and failed States as safe havens to launch attacks against Canada or its overseas interests. Ottawa’s stepped-up engagement in the world requires increased proactive intelligence capabilities. Barry Cooper, professor at the University of Calgary, argues that a current problem with Canadian intelligence capabilities is that “counterespionage programs of CSIS are hampered by the lack of foreign information about hostile countries that can be collected only through counter-intelligence operations abroad.” The incredible difficulty in tracking terrorist networks is even greater without a proactive intelligence strategy that maintains vigilant awareness of extremist activity.

However, the first two options might not be the best ways in founding a foreign intelligence agency due to Canada’s lack of experience at HUMINT gathering. Unlike most western allies, Canada did not establish a foreign intelligence agency following the Second World War, and has relied significantly on allies for intelligence. This lack of experience could “compromise sources and embarrass both the organization and parent nation,” warns LCdr Ted Parkinson, demonstrating the importance of gradually increasing capabilities over time to develop a solid reputation.

To overcome this challenge, the third option consists of gradual and incremental improvements of current capabilities present in Canada’s different intelligence organizations with the long-term end result being the creation of CFIS. Livermore recognizes “several virtues” to “starting slowly and building [CFIS] incrementally under a Foreign Affairs mandate.” This would help avoid international risks by keeping HUMINT capabilities within the realm of the diplomatic expertise of GAC. LCdr Parkinson argues this slow accumulation of foreign intelligence capabilities is the “key to success,” as “it must be implemented via an incremental approach.”