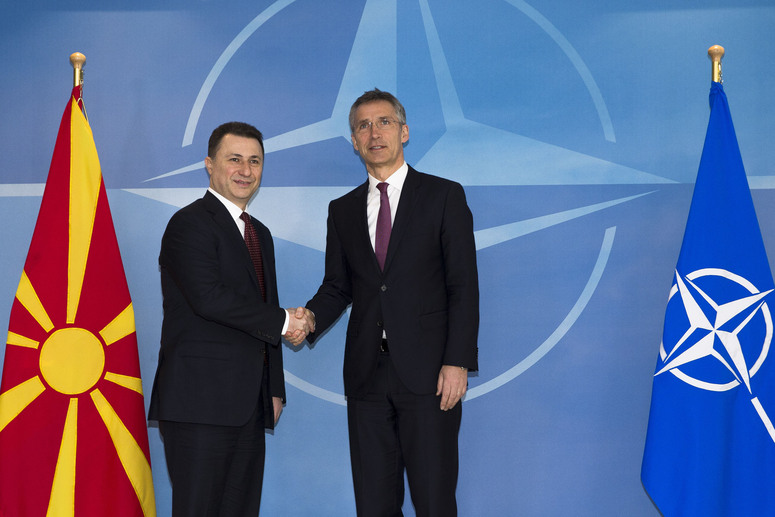 The Brexit vote proved what was thought not to be possible in international affairs – international organizations are indeed vulnerable to disintegration. The cohesion and unity of EU and NATO member states is significantly more important now than ever before. NATO should not stay passive, addressing possible risks of disintegration retroactively, but employ proactive measures by continuing its enlargement processes.

The recent invitation to Montenegro to join NATO was a remarkable success for the Alliance. The next step for NATO leaders should be to reaffirm the support for accession of aspiring members such as Macedonia, and Bosnia and Herzegovina. Even though public support is relatively high, 73% in Macedonia and in 70% Bosnia in favour of NATO membership, Brexit could easily inspire distrust in international institutions among their people.

The fact that Montenegro’s admission to NATO was significantly delayed had several negative implications in the country and the region of Southeast Europe. Over time, the Montenegrin population became divided around the issue of whether the country should join the Alliance, and those divisions are still evident today. Montenegro has a significant Serbian minority, and Serbia maintains an official position not to join NATO because of NATO’s military intervention in 1999. This has led to a strong anti-NATO sentiment in Montenegro, and it could increase even further if the ratification for Montenegro membership does not happen quite soon. While waiting for NATO membership, Russian political influence and interest in Montenegro have been increasing. Russian politicians have stated their opposition for potential Montenegrin membership in the Alliance.

According to Article 10 of the NATO Charter, all current members of the Alliance unanimous agreement is required in order for candidate states to join NATO. Macedonia has been waiting since 2008 due to Greece’s veto, and the Alliance was unable to facilitate the resolution of the bilateral dispute. Nonetheless, Macedonia remains active in NATO’s missions in Afghanistan, Iraq, Bosnia, and Kosovo.

In 2010, with the strong support of Turkey, Bosnia and Herzegovina received NATO’s Membership Accession Plan. One of the conditions in the plan is that all immovable defense properties in the country be registered as state property for use by the country’s defense ministry. Bosnia and Herzegovina’s membership prospects are weak due to opposition from Republika Srpska (Serbian Republic), an autonomous legal body within Bosnia and Herzegovina. The country is politically unstable, fired by the continued disagreements among the Bosniak, Serbian, and the Croatian entities, while the risk of harbouring terrorist and foreign fighters is threatening the security situation in the country and the region.

The fragile political and economic realities in Macedonia and Bosnia and Herzegovina can easily destabilize those countries and ignite future conflicts in the region of Southeast Europe. Both countries are currently vulnerable grounds for harbouring terrorists and foreign fighters. It would be beneficial for those countries and the security climate in Europe if both were NATO members and contributors/recipients of NATO’s overall strategy for countering-terrorism. In order for this to occur, NATO’s assistance in resolving the internal and external disputes and moving forward in the integration process for both countries is vital. Moreover, by keeping the enlargement process on, NATO will project unity, strength, and openness for countries that share common security values.