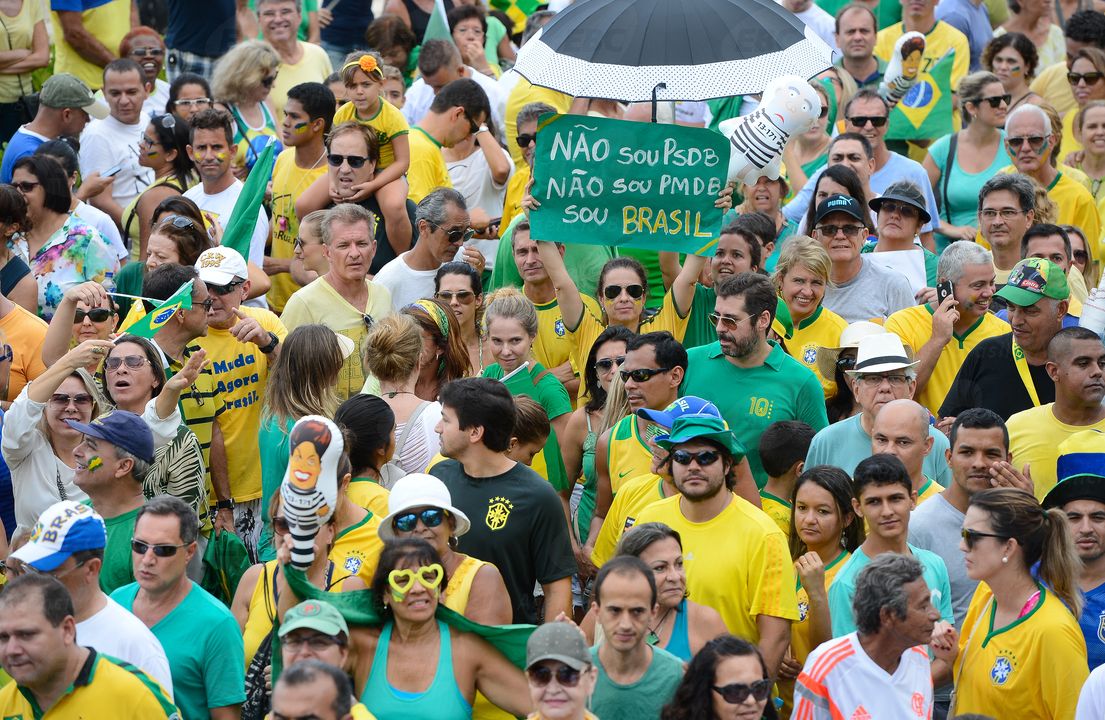 This is the first in a two-part series exploring corruption in the politics of Latin America. This article touches on the depth of recent corruption scandals in Brazil. Part 2 will address the far-reaching effects of those scandals throughout the region.

In December 2016, 15,000 people marched the streets in Sao Paulo to fight against “Corrupt Congress.” Violence broke out in Espirito Santo leaving over 100 dead, blamed on the recent police strike. Police argued for better pay and working conditions amidst the economic turmoil in Brazil which many locals deem the fault of the recent corruption and embezzlement scandals.

Since the Workers’ Party was elected in 2003, some of the most widespread corruption scandals of South American history have arisen with world record-breaking fines. One of them includes Brazil’s Mensalao case which began in 2005 and involved over 7 different political parties, 25 businessmen and politicians. The convicted illegally paid off members of Congress with public funds to gain their votes. This case was just the start of unveiling political corruption in Brazil.

A recent unveiling of South America’s largest scandal has involved over 12 countries and creates even more political unrest for South America. Operation Car Wash is the name of an embezzlement scheme from Brazil’s top construction company Odebrecht and Brazilian state-owned oil company Petrobras, which accepted bribes from Odebrecht in exchange for large contract deals. The help of 77 Odebrecht executives’ testimonies has exposed corruption spread over the continent of South America with arrests of over 250 people in business and politics.  Dilma Rousseff, Brazil’s former President sat on the board of directors for Petrobras from 2003-2010.

In December 2015, the impeachment process began for Rousseff for misuse of funds, manipulative budgeting, and suspicion of bribery. Michel Temer, Rousseff’s replacement and current President of Brazil, doesn’t have a clean record either. Temer himself faces allegations of receiving bribes from Odebrecht. Led by former Brazilian President of the Chamber of Deputies Eduardo Cunha, citizens across South America participated in outraged protests against the unethical actions of Rousseff. Cunha was determined to take down Rousseff and initiated her impeachment later voted on by Brazil’s congress. However Cunha’s hypocritical efforts to fight corruption backfired as his actions were deemed more serious than those of Rousseff.

Cunha allegedly received US $5 million in bribes for Petrobras vessel contracts and other kickbacks hidden in Swiss bank accounts totaling $40 million. In May he was forced to step down from his position as speaker of the lower house of Congress. He faces a fine of $80 million. Cunha planned to run for the Presidency in 2018 before he was banned from politics for 8 years following a vote in September. Meanwhile Rousseff remains entitled to continuing a career in politics, but not in her previous office as President.

Several key powers of Brazilian government became entangled with corruption. Around 60% of Brazil’s Congress is under investigation for participating in the bribery scandal. Temer’s ministers are dropping like flies as more evidence arises in connection with the bribery case. Former Brazilian Minister of Finance Antonio Palocci and current Foreign Minister Jose Serra are confirmed as connected to the Odebrecht scandal. Serra received US $7 million in a Swiss bank account from the construction company. Additionally, Senate President Renan Calheiros is accused of being a part of the scandal in December 2016. He was indicted for previous graft charges in early December, and was later accused by prosecutor General Rodrigo Janot of receiving US $240,000 in 2010 from Petrobras to keep a senior executive from Petrobras in the post.

Former President Luiz Inacio “Lula” da Silva serving from 2003-2011 was arrested and detained on suspicion of acting as a key player behind the Petrobras bribe arrangement, however he still considers running for office in 2018.

According to Brazil’s constitution, members of Congress must be tried in the Supreme Court, creating a backlog in the court. Brazilians rely on the just prosecution of these corrupt politicians to make it clear that these actions cannot be tolerated, and to ensure that these politicians will not be able to slip back into the political system.

In late November lawmakers may have tried to save many of their own reputations by rewriting an anti-corruption law in their favour. The original law was voted on by over 2.5 million Brazilians that encouraged the investigation into corruption in business and politics. The changes to the law by the Chamber of Deputies made it harder for judges to fairly prosecute politicians involved in the scandal. The changes restrict jail time that a judge can sentence a politician and can bring consequences on judges that may cause them to shy away from properly investigating further corruption. Defendants can press charges against prosecutors who misuse their powers. The ambiguity of the law concerns many Brazilians who are fighting for just consequences for corruption as this may prohibit judges from properly obtaining evidence in future political corruption scandals.

Politics in South America are entering a new stage of exposing the long time corruption problem. The question is whether the justice systems are able to handle the responsibility of weeding out corruption in South American politics, and with upcoming 2018 elections, whether politicians are able to make the next step to transparency.

Photo: Demonstration in Rio de Janeiro against corruption and the Dilma government (March 13, 2016), Agencia Brasil via Wikimedia. Licensed under CC BY 3.0 BR.