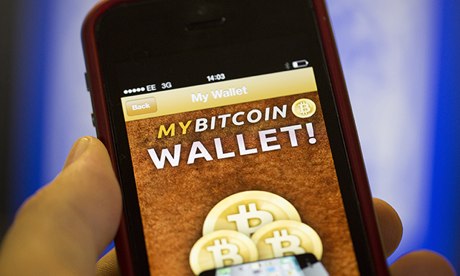 Bitcoins.  Chances are you have heard of or read about them by now, but what are they really?  Internet coins?  Some type of ponzi scheme?  Or possibly an anonymous way to buy drugs?  The truth is much plainer, but no less exciting once you realize the ramifications.

Bitcoins do not exist as actual coins, or physical currency in any form.  It is a store of value that is held entirely in data form via cloud computing.  Although this makes it difficult for some to comprehend as money, it is also the basis of bitcoin’s biggest strength.  As long as users have access to the internet, they are able to send money to any other user of bitcoin, for marginal cost (generally less than $0.01 per transaction).  There are no geopolitical blocks to money transfer.  You can buy a beer for a friend in Singapore from a couch in Ottawa, instantly.  Or a company can pay international orders without dealing with foreign exchange rates.

International beer is nice, but the latter is the more important point.  Currently sourcing materials or products from international suppliers can be cheaper, but there are always the added foreign exchange costs that cut into profit margins.  This technology allows that to be removed from the equation, effectively making international trade cheaper.  This gives any companies that are able to start working with bitcoin an advantage over slower moving competitors.

As a consumer though, what does it mean for you?  Well, changing money at borders would be a thing of the past, as well as credit card or debit card theft.  Bitcoin wallets are much harder to steal than their traditional counterpart, and they don’t open users up to security data breaches that Target suffered earlier this year.  However, the onus is on the user to make sure they are safe.  They have no protection but themselves.  This is the real paradigm shift bitcoin offers.

For better or for worse, you are in charge of your money.  You are responsible for keeping it safe and secure, and there is no safety net if you fail in some way.  This is appealing in many countries around the world.  Bitcoin has been gaining popularity in Cyprus where a failing economy caused the government to seize funds stored in banks, and private citizen’s money to be confiscated.  In Venezuela it is being used as a store of value over the Bolivar as a way to combat inflation and loss of value.  In any country where citizens don’t trust banks or the government, bitcoin provides an alternative.  However, in Canada our banking system is robust and we have little to fear from bank runs or government seizures.

Bitcoin also provides a vehicle to transfer money to areas with less developed financial infrastructure.  This allows immigrants to more easily send money back home, and for charity projects in underdeveloped areas to gather funding from more diverse sources.

Bitcoin also has an image problem of being used to buy illegal goods.  This is one of the most contentious issues regarding digital currency adoption.  However, the USD remains the currency of choice for laundering money, as well as black market transactions.  Bitcoin is a form of money, and like any money, can be used for illicit activities.  There is no inherent good or bad in bitcoin.

This does not mean that bitcoin should be widely adopted in its current state.  Regulation and measures to protect the public are essential.  One of the largest bitcoin exchanges, Mt Gox, declared bankruptcy after a flaw in their system was discovered, and as of now customers of the company are out roughly $600 million.  Proper oversight would prevent this from happening; governments just need to react to changing technologies faster.

That is actually where Canada could seize an opportunity.  The government has the chance to take leading steps in a new technology.  Canada already ranks low on internet and cellular network quality on the world scale, so investing in future technology could attract new companies to the country and spur a period of innovation within Canada.  The recent federal budget mentioned bitcoin, so the government is aware of it, as are most governments in the developed world.  The United States is currently pushing through regulation, Britain ruled that transactions were VAT exempt the first week of March, and in the wake of the Mt Gox fiasco Japan is openly discussing bitcoin regulation.

There is the real opportunity for Canada to become a leader in digital currencies, which would create real international draw to the country, especially for businesses.  Canadian companies would gain a competitive advantage in being able to benefit from transacting in bitcoin, creating a more efficient supply chain.

Still, the digital currency waters are murky, with new alternative“coins” seemingly appearing every week, and bitcoin having an anonymous creator known only by a pseudonym.  It is hard for governments to work towards meaningful regulation when it seems the players change so frequently, or are completely unknown.  Also, it requires a level of self responsibility that many are not comfortable with, and even less so when it involves technology they don’t entirely understand.

Ultimately, people on both sides of the bitcoin argument are making the protocol out to be more than it is.  It is not a reset button on the financial systems of the world, nor is it a gateway to a free black market dominated economy.  It is simply a tool that people need to figure out how best to use, and governments need to figure out the dangers associated with it, and what can be done to limit those risks.

Bitcoin may change the world some day, but before that there is a long adoption curve that needs to be navigated.