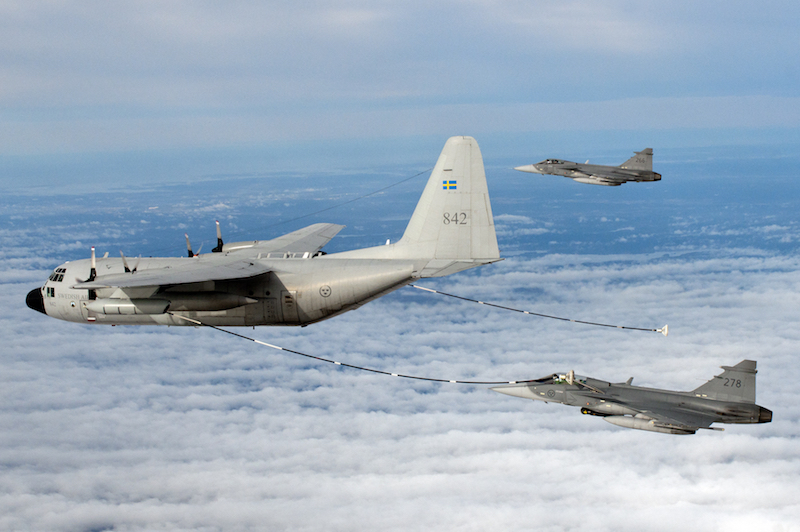 Tensions between Sweden and Russia have grown over the years and are likely to increase further after the publication of a report from Sweden’s Institute of International Affairs, which denounces Russia’s use of ‘active measures’ to influence Swedish public opinion. This comes shortly after the Swedish government’s decision to withhold two of its harbours (in Gotland and Karlshamn) from the construction of the Nordstream 2 pipeline project, which is the property of Russian gas company Gazprom. There is thus a growing climate of distrust in Sweden regarding Russia, especially as the former draws closer to NATO. But does Russia really pose a threat to Sweden, a neighboring militarily non-aligned nation?

It is unlikely that Russia poses a direct military threat to Sweden and over exaggerated scenarios invoking a risk of military invasion need to be put aside. The Russian ambassador to Sweden, Viktor Tatarintsev, recently assured on Swedish public television that Russia has “no plans to invade Sweden”. However, Russia has been engaging in diverse measures to dissuade the Scandinavian country from ending its long held tradition of military non-alignment.

Such measures include direct intimidation and so-called ‘active measures’, which seek to generate public distrust in the government’s policies. Incursions of Russian fighter planes in Swedish airspace and a simulated nuclear strike in 2013 constitute some of the direct intimidation techniques used by Russia. The latter act sends a clear signal: joining NATO may lead to military repercussions. In turn, ‘active measures’ such as the spread of disinformation, misinformation and forgeries regarding NATO have been used by pro-Kremlin political or civil society actors. For example, before the signing of the NATO-Sweden agreement in May 2016 that would allow NATO to operate on Swedish soil more easily in times of crisis, numerous rumors surfaced. Some of these false newspieces claimed that the agreement would enable NATO to station nuclear warheads in Sweden, and give the Alliance’s soldiers immunity if they committed crimes on Swedish territory. While Swedish authorities have been unable to pinpoint where this disinformation first appeared, numerous analysts suspect the direct involvement of Russia.

The end of Sweden’s military non-alignment

Russia is trying to dissuade Sweden from joining NATO because it would reduce the geographical Nordic ‘buffer zone’ between the Alliance and Russia, which is currently made up of the militarily non-aligned Sweden and Finland. In addition, NATO would gain greater access to the Baltic Sea, possibly restricting freedom of movement of Russian ships and military airplanes in times of crisis. NATO Ballistic Missile Defenses could also be stationed in the middle of the Baltic sea, on the Swedish island of Gotland, which would severely limit the effectiveness of Russia’s anti-access/area denial strategy in Kaliningrad.

Only time will tell whether Sweden chooses to join NATO or to maintain its policy of military non-alignment. In the meantime, the Swedish government has chosen to reinforce the country’s defenses: the Swedish island of Gotland will be remilitarized in 2017, the defense budget is set to increase by 11% by 2020, and military conscription may be re-introduced in 2018. While such measures may deter conventional military threats and limit military intimidations, new ways to counter the spread of disinformation are still to be found.