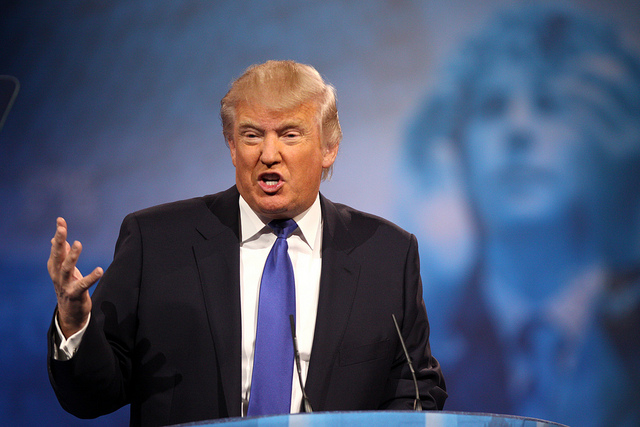 The victory of President Elect Donald Trump undoubtedly shocked the world and left many Americans and members of the global population alike with mixed emotions. Trump’s campaign has been notoriously characterized by his promise of making America “great” again. Trump’s commitment to domestic welfare raises significant concerns regarding the role of the United States in international development and foreign aid.

On April 27, 2016 Trump was invited by the Center for the National Interest to give a speech regarding his take on foreign policy. Trump spoke about his vision of reconstructing a foreign policy that will be coherent and based on the values and shared interests of America and American allies. Trump stressed the importance of stopping the spread of what he referred to as “radical Islam” primarily through suspending immigration from dangerous and unstable regions.

Establishing peace through strength by rebuilding US military forces and enhancing intelligence and cyber capacities are high on the agenda under a Trump administration. In addition to this, Trump spoke about changing existing trade policies and reviewing financial commitments with NATO allies. Trump concluded his speech by confirming America’s role as a peacemaker in a world constantly under the threat of war and terrorism.

Implications of a Trump administration on Foreign Aid and International Development?

During an interview with Fox News on April 27, 2016, Trump was asked what foreign policy and humanitarian aid could mean under a potential Trump administration. Trump responded by stating that the United States is a “debtor nation,” constantly spending money for the protection of other nations at the expense of skyrocketing national debt. Trump’s main objective is to rebuild America and decrease an exponentially high national debt.

Trump further stated in the interview that America cannot continue to help other nations, particularly nations that are not allies of the United States. Trump criticized NATO member states which are not spending the minimum 2% of GDP required for defence. He has stated that upon his election as President, financial commitments with all NATO member states will be reviewed in a summit, as well as, new strategies developed for tackling global challenges.

When asked if he would consider cutting out humanitarian aid, Trump responded by stating he would desperately try to keep certain projects going, but restated the importance of rebuilding what he described as a “broken” America by decreasing national debt and strengthening security, military and immigration laws.

Trump has clearly indicated throughout his campaign how he would rather invest in domestic infrastructure than foreign aid. His promise to make America great again certainly suggests less commitment to foreign aid and humanitarian initiatives. A Trump administration could mean decreased funding available to the United States Agency for International Development (USAID), currently active in over 100 countries in various development sectors such as human rights, education, environmental sustainability, post-conflict recovery, humanitarian aid and strengthening good governance.

Trump’s promise of significantly increased funding for military and defence will have noticeable impacts towards the overall distribution of funds for foreign aid and development projects. Decreased funding for foreign aid will greatly impact the potential for organizations to fulfill their objectives and effectively respond and provide aid to target populations affected by uncontrollable circumstances such as war, terrorism, human rights violations and natural disasters.

A Trump presidency will undoubtedly mean significant changes regarding foreign aid and international development initiatives. There exists a great challenge in drawing the line between domestic, economic welfare and development and morality in terms of international foreign aid and humanitarian assistance. It remains unclear what impact a Trump administration will have on existing ID initiatives, however, if campaign promises are upheld, we can expect a significant cut-back in funding and decreased involvement from the United States.