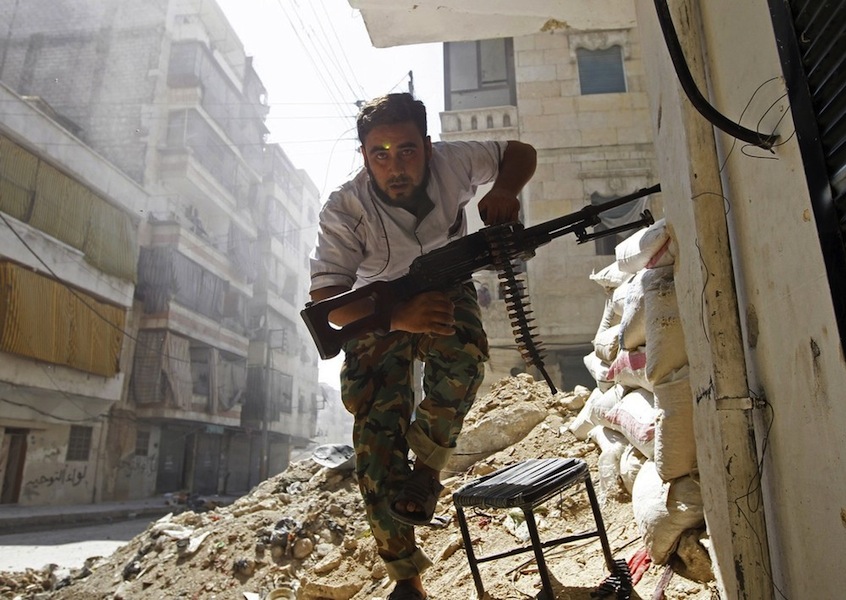 It has been three years and one week since the Syrian government killed hundreds of civilians, including large numbers of children, using deadly nerve gas. Now, a United Nations report has indicated that President Bashar al-Assad has lied to the international community that he has destroyed Syria’s chemical weapons stockpile. UN investigators have found evidence that government forces have dropped chlorine bombs on civilian populations on multiple occasions. The Islamic State has also been accused of using sulfur-mustard gas against Syrian opposition forces. These attacks have added to the chaos of the conflict in the Levantine regions that has been going on since 2011.

Deployment of chemical weapons is illegal under international law due to several treaties. After the horrors of World War I, a Geneva Protocol was signed in 1925 banning the use of chemical weapons. However, the protocol didn’t ban the development or production of these weapons. A far broader treaty, the Chemical Weapons Convention (CWC) was signed in 1993 and came into force in 1997. The treaty bans the development, production, and stockpiling of chemical weapons. Importantly, state signatories must destroy all chemical weapons in their possession. Currently there are 192 states that have signed the CWC. The Organisation for the Prohibition of Chemical Weapons (OPWC) enforces the treaty and was also the body responsible for the UN report released last week.

The al-Assad regime is very familiar with the OPCW. In 2012, Syria publicly stated that it was in possession of chemical weapons after a UN report found evidence that nerve gas had been used against civilians in that year. As a result, the al-Assad regime sent a public letter to the UN saying that it accepted that the treaty had jurisdiction over Syria and that the government would destroy all chemical weapons in Syrian possession. However, with the results of this recent report, it is now clear that al-Assad did not follow through with his promises.

In the OPWC report, the Islamic State (IS) has also been accused of using chemical weapons against Kurdish forces in a fight to recapture a strategic airport in eastern Syria. It is thought that IS has begun developing its own chemical weapons after American special forces captured an IS unit dedicated to developing munitions in March 2016.

The Syrian government’s disregard for international law is a sign that it is becoming less willing to engage and co-operate with the international community. Yet as IS makes gains in previously held government territory, the Assad regime and its beleaguered forces will need as many allies as they can muster. However, by defying one of the most universally supported international laws, Syria may be hard pressed to find the help that they need.

Photo: A member of Syrian anti-government forces clashes with the Syrian Army (2012), by Goran Tomasevic via Flickr. Licensed under CC BY-ND 2.0.