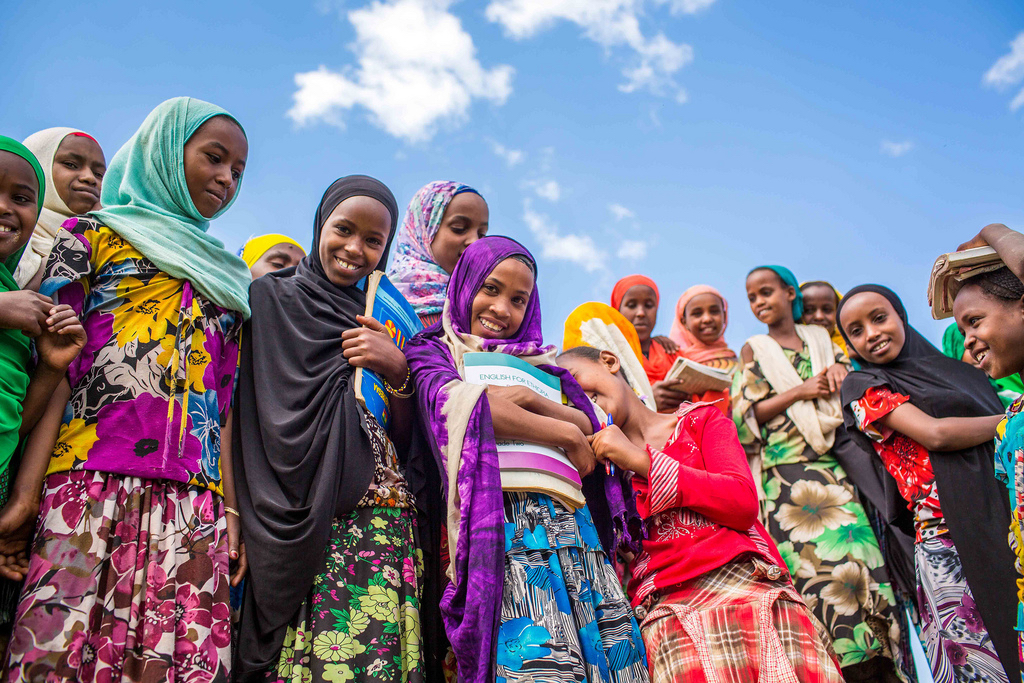 Across the globe, women have been denied an education. Specifically, with the ongoing conflict in the Middle East, girls have been forced to abandon formal education. In fact, the United Nations High Commission for Refugees (UNHCR) reports that conflict and crisis are the two biggest barriers to education, with refugees more than five times likely to be out of school than their cohorts abroad.

As of May 2016, over 300 UN schools have shut down, and upwards of 400 teachers have fled the region due to violence. This mass exodus has left schools underfunded, with a lack of proper learning materials and unqualified teachers. This has put girls’ education at a critical juncture. With more attention on the uneducated youth in conflict zones, it’s vital to look closer at the girls out of school, and what benefits equal education opportunities can provide.

Despite that the Millennium Development Goals (MDG) pledged to girls’ increase access to education, the goals only extend to primary education. This means that most girls, if given access to education, only are in school until they are 12 years old. The flawed institutional framework of education opens pathways for child marriage and sexual violence against girls.

There is insufficient focus on promoting means to increase girls’ education, particularly in conflict zones. Educating women can also aid in alleviating health crises, uplifting the economy, and increasing social wellbeing. All three issues are heavily interconnected, particularly in conflict zones. In seeking to deconstruct barriers to girls’ education, these topics must be taken as serious concerns in getting to the root of the problem.

Educating women improves the overall health of a society. There are negative consequences which specifically affect women in conflict zones, as health infrastructure is often weak, even where it exists. With limited access to functioning medical centres, and a desperate lack of resources, women and girls tend to make sacrifices in order to support the men in the household. A UN study found that, “women are often the first to stop eating in order to ensure the supply of food to their family, despite the consequences for their own health, including risk of poor pregnancy outcome and maternal death.” When women are forced to make sacrifices in terms of health, it hinders the possibility for economic self-sufficiency, which ties into the social wellbeing of women.

With respect to economics, women effectively contribute towards positive net gains to household income. A Bloomberg report found that, “narrowing the employment gender gap could raise income per capita 20 percent higher than our baseline projections by 2030.” A higher income household provides a family with a better quality life than relying on a single income. Most importantly, women’s education can lead to economic self-sufficiency. Educating women can create pathways for income earning employment outside the household. Giving women the potential to earn money allows them to be less reliant on their husbands to provide resources for the family.

In terms of social wellbeing, in many conflict-ridden states, women whom are not educated are restricted to the confines of the household. Their primary responsibilities are tied to motherhood and tending to the domestic household. Girls who go to school are often pulled out of school at latest, after they receive a primary education. Many do not receive any form of formal education. Without education, girls lack critical reading and writing skills that are vital to pursuing employment. In turn, women are excluded from societal upward mobility. The social repercussions of barring women from education are an extension of the patriarchal and sexist mentality of such repressive regimes. Education would provide a platform for women to learn important skills to pivot away from the traditional roles women hold within those societies.

“Less than 2 percent of humanitarian aid for emergencies is currently spent on education,” and this does not account for the difficulties that girls’ face in attaining an education. Even starker, UNHCR reported, “Dropout rates for refugee girls are as high as 90 percent globally.” These numbers show how despite progress being made in terms of girls’ education, there are still poignant barriers that must be addressed on the pathway towards open and equal access to education, especially in emergency.

In searching for a response to girls in armed conflict, “education is one of the few ‘silver bullets’ that can contribute to meaningful improvements in people’s lives.” Closing the gender gap in education is not a small task, and addressing girls’ needs in education is not a simple solution. It requires a cultural shift that not only sets a precedent of education as a top priority, but also lays a foundation that recognizes the significance women hold within society. However, it is a worthwhile endeavour. Taking steps to advance girls’ education sets a transformative precedent that will give women invaluable and irreplaceable opportunities for a better life.

To learn more about Girls’ Education in Armed Conflict, the NATO Association of Canada is hosting a panel event on Tuesday, August 30, 2016. The speakers include policy experts from UNICEF Canada, War Child, Plan International Canada, and The Balsillie School of Global Affairs/The Centre of International Governance and Innovation. Moderated by Journalists for Human Rights, this event seeks to raise awareness about the importance of girls’ education in armed conflict in the Middle East, and what the Canadian government can do to address women’s issues internationally. See http://natoassociation.ca/fight4girls/ for more information, or contact marissa.young@natoassociation.ca

Photo: “Members of girls club at Tutis Primary School in Oromia State of Ethiopia” (2013), by UNICEF Ethiopia via Flickr. Licensed under CC BY-NC-ND 2.0.