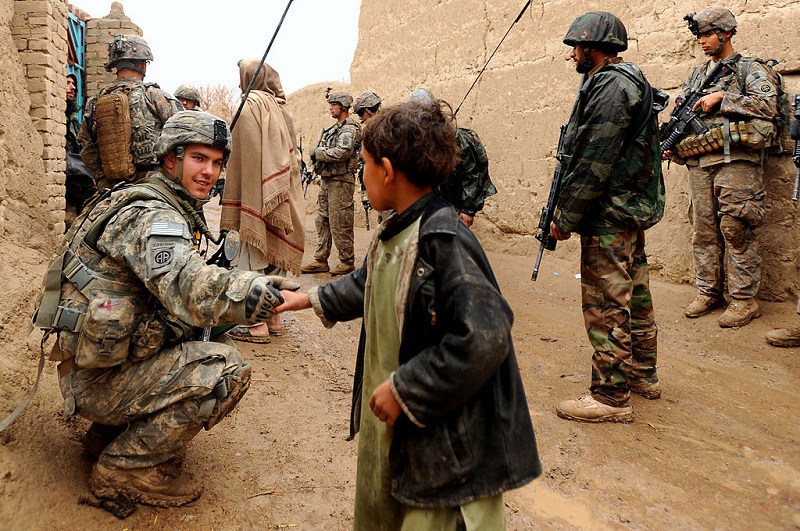 In times of war and armed conflicts, what are the legal and ethical standards that must be upheld to ensure the dignity and human rights of all peoples? What are the challenges associated with upholding the rules of war and what exactly constitutes a violation of International Humanitarian Law?

Part 1 of this article provides an analysis into the ICRC rules of war and International Humanitarian Law. Part 2 will discuss what Canada is currently doing to combat illegal war tactics, in ensuring that ethical and legal war tactics are utilized.

Rules of War and IHL

In political dialogue surrounding armed conflicts, the rules of war are often highly contested and widely debated areas of legislation. Formally known as International Humanitarian Law (IHL), the rules of war are essentially a set of international laws and regulations specifically stating what is legally permitted during an armed conflict. The Geneva Conventions of 1949 and their additional protocols form the foundation of IHL. The conventions and protocols are globally recognized international treaties which seek to protect innocent civilians and military during armed conflicts, as well as, limiting the barbarity of war.

Upholding IHL is a global responsibility shared by all states in protecting innocent civilians and those who are bystanders of armed conflicts. This includes the protection of overseas and national aid workers, medical personnel, prisoners of war, internally displaced persons (IDPs), and wounded, sick and shipwrecked troops not taking part in the conflict. Ratified by 196 states, IHL is a universal legal framework upheld through the national legal systems and diplomatic resolution mechanisms within each individual state. Failure to uphold the rules of war during an armed conflict or serious violations of IHL are identified as war crimes resulting in further investigation and prosecution.

War Crimes constitute not only a violation of IHL, but also severe breeches of the Geneva Conventions and their additional protocols. In the occurrence of an armed conflict, war crimes can be identified as any means of torture, killing, intentional infliction of suffering, abuse, unlawful deportation, confinement or taking of hostages. Under IHL, illegal war tactics are identified as any means of torture, imprisonment or incarceration without due diplomatic consent or legal intervention and the intentional targeting of innocent civilians and civilian dwellings.

Torture, as defined by the United Nations involves the intentional infliction of physical or psychological pain and abuse, racism, discrimination, cruel and inhumane treatments towards individuals or detainees. Non-governmental and non-profit organizations such as the Association for the Prevention of Torture (APT), the Center for Justice and International Law (CEJIL), Amnesty International and Human Rights Watch seek to increase the transparency and accountability of violators of IHL, strengthen legal frameworks for upholding IHL and strengthen the capacity for states to prevent such practices from taking place.

During an armed conflict, the state experiencing the conflict and its neighbouring states experience various factors which both threaten the safety of innocent personnel, and place the livelihoods of innocent civilians in jeopardy. In such times, states frequently experience weakened security forces which in turn result in increased fatalities and injured civilians. The rules of war are necessary as they protect innocent personnel from the threats generated by an armed conflict. But do they really, in practice?

Photo: A U.S. Army soldier assigned to Charlie Company, 82nd Airborne Division shakes the hand of a young Afghan child while on a dismounted patrol at a village in southern Afghanistan (2010), by United States Armed Forces via Wikimedia Common. Licensed under Public Domain.